Soft-spoken Mercedes Nicole has an intimate and alluring stage presence that reaches out beyond the limits of time and space. Her voice is haunting and arresting, wrapping itself like a comforter around the human experience, encouraging uplift, seeking not only triumph but healing. She is that exquisite mix of a Mezzo-Soprano & Contralto blend that permeates and interrupts one's thoughts. Often with uncanny control...she lingers.

Her own compositions acknowledge life's obscure and melancholy moments that so easily turn into beauty, and life journeys of the many faces of love. Her music exudes strength in the midst of tenderness and often soars so freely that the listener is caught up on wings of mystery and intrigue. It makes sense then that her influences run from Dinah Washington and Sarah Vaughan to Nina Simone and the queen of storytelling, Nancy Wilson, with whom Mercedes shares her birthday.

Nicole's unique infatuation with music began early, but it was always a private affair. At age seven she sat at the feet of her father as he played and replayed the warped albums he treasured of the great women in jazz, Billie Holiday, Ella Fitzgerald, and Sarah Vaughan. Seeing her complete fascination with jazz, her father began sneaking her into clubs in Los Angeles, where she spent most of her childhood, teen years seeing and hearing greats like Nancy Wilson, Bobby Hutcherson and Cal Tjader. However, being brought up as a strict Baptist, Mercedes did not venture into music like her peers in high school or college, but majored in Sociology and Social Work.

In 2000 she met & befriended Seattle's own Matriarch of Jazz Ms. Grace Holden whose father, the late great Oscar Holden Senior, was credited by author & Historian Paul de Barros as "The Patriarch of Jazz in the Northwest. Grace recognized the talent in Ms. Nicole and became a mentor & friend.

Eventually, though, her hidden passion came to fruition and burst into the open. In 2001 she wrote, produced and performed her first tribute to the edgy and provocative Nina Simone at the 300-seat Microsoft Auditorium in the Seattle Public Library. In 2008 and 2009, she debuted her uncanny ability to translate the treasured recordings of Dinah Washington and Sarah Vaughn at Dimitriou's Jazz Alley, a highly acclaimed national stage and a favorite of many of the great touring artists of all genres.

In 2012, hearing of the death of Hall of Famer Etta James, Nicole presented a tribute at the historic Langston Hughes Performing Arts Center to a sold-out crowd. Her new CD, Alignment, is a richly percussive album with an award-winning rhythm section that showcases her unique songwriting and that of her co-writer Peter Tomack.

Mercedes has a rich resonance and fluidity in her voice, and humanly connects to the message birthed in each song, transparently sharing her joy as well as her pain. She loves aligning with the message and deep meaning behind lyrics embracing the tension and rhythms of life that gives magic to each song. Show less 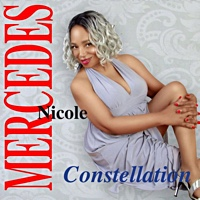 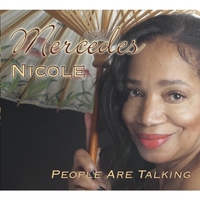 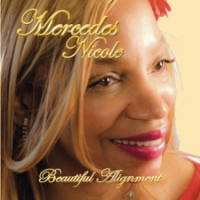 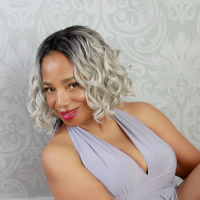 All About Jazz musician pages are maintained by musicians, publicists and trusted members like you. Interested? Tell us why you would like to improve the Mercedes Nicole musician page.