One of the world’s premiere exponents of her instrument, Susan Alcorn has taken the pedal steel guitar far beyond its traditional role in country music. Having first paid her dues in Texas country & western bands, she began to expand the vocabulary of her instrument through her study of 20th century classical music, visionary jazz, and world musics. Though known as for her solo work, she has collaborated with numerous artists including Pauline Oliveros, Chris Cutler, the London Improvisors Orchestra, the Glasgow Improvisors Orchestra, Joe McPhee, Ken Vandermark, Nate Wooley, Ingrid Laubrock and Leila Bourdreuil, George Burtm Evan Parker, Michael Formanek, Zane Campbell, and Mary Halvorson among others. In 2016, she was voted "Best Other Instrument" by the International Critics Poll 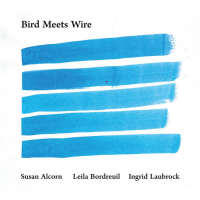 All new releases from around the World of Jazz. A new mini-album by The Near Jazz Experience highlights the band's hypnotic improv grooves, salutes a pop hero and explores new ground in the shape of electronic beats and live sound manipulation. Pianist Ray Gallon's debut recording arrives after more than three decades of him plying his ...

It may be impossible for anyone to free the pedal steel guitar entirely from its roots in country music but, if anyone can, Susan Alcorn would have to be the leading candidate. She has a phenomenal range on the instrument, capable of everything from folk-drenched Americana to abstract excursions, and she will sometimes combine her variegated ...

Throughout the history of jazz innovation has been a key element of the development of the music. At key points in jazz history major changes in style, form and content have moved the music forward. Those changes have been picked up by other musicians and developed, interpreted, and enhanced leading to further change. This show is ...

This broadcast features new releases from the Steven Feifke Big Band, the Alpha Rhythm Kings, Nicki Parrott, Esperanza Spalding, Chien Chien Lu, Norah Jones and the Art of Time Ensemble with birthday shoutouts to Mother of the Blues Ma Rainey, Blossom Dearie, Shirley Horn, Connie Crothers, and Mary Ann McSweeney, among others. Thanks for listening and ... 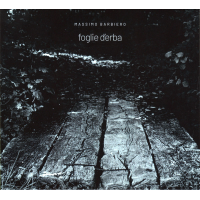 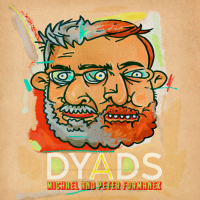 There can be few instances where a parent-offspring hook-up has proved as potent as Dyads by bassist Michael Formanek and his reedman son Peter. With not a hint of featherbedding, the pair interact as equals on a 72-minute program which alternates six charts penned by both with seven collective inventions. While the bassist has amassed a ...