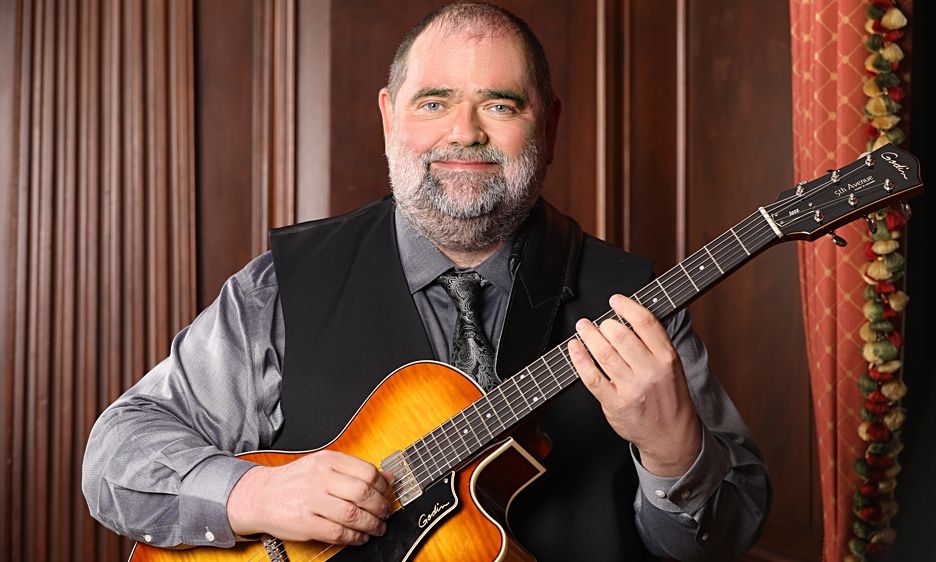 Some of my influences are predictable for a jazz musician (in no particular order): Miles, Bird, Sonny Stitt, Chet Baker, Wes Montgomery, Kenny Burrell, Pat Metheny, Pat Martino, Jim Hall... I am also strongly influenced by Philip Catherine, the greatest living European jazz guitarist. Outside of jazz, a highly abbreviated list includes Bach, Ennio Morricone, and various folkloric musicians from around the world.

...I heard a very good jazz band live at the jazz festival in my hometown. I appreciated the freedom, the strong groove, and the sophisticated harmonies. I thought "I have no idea what they are doing, but I wanna be a part of this."

My musical (not just guitar) sound was shaped by many influences, such as jazz, concert music, film music, traditional folk music of ex-Yugoslavia, and many folk musics from around the world. One of the challenges for a European-born jazz musician is to be highly fluent in the jazz language while retaining the original cultural heritage; a graceful blend of the two may be helpful in reaching a certain measure of musical distinctiveness.

I aim to teach my students the craftsmanship and esthetics of music in a supportive environment. https://www.zt-music.com/lessons I teach a limited number of private students at locations in Chicago, western suburbs and via Zoom or Skype. I have over 30 years of teaching experience at all levels. If you want to major in jazz guitar, you may be able to study with me at University of Illinois-Chicago. Please contact me for details. Current position: Clinical Associate Professor of Music, University of Illinois at Chicago. Education: Doctor of Musical Arts (University of Illinois Urbana-Champaign), Master of Music (Northern Illinois University, DeKalb, Illinois), Bachelor of Music (Amsterdam Conservatory, Amsterdam, The Netherlands), Bachelor of Music (Franz Liszt Academy of Musical Arts, Budapest, Hungary).

I had one of my best gigging experiences the first time I ever played in Germany, in a small town near Hanover. The gig was at a local pub, but it was not at all what I had expected. The chairs were arranged in rows, as if it were a concert. Most people were already seated when we arrived, quietly talking and having a drink. The gig was a de facto concert, with a quiet, engaged and highly appreciative audience. Their beautiful energy made the whole band strive to give our very best.

There are many, but let me mention one great record because it's not necessarily famous (it should be): Moods I and II, a 2-CD set by guitarist Philip Catherine with trumpeter Tom Harrell and bassist Hein van de Geyn. Gorgeous original music by Catherine mixed with a few standards, showing superb musical interaction and love.

I didn't :-) My first jazz albums weren't bought, but copied on cassette tapes from a friend who had a very good jazz discography. One of the first records I heard was Kind of Blue.

This is probably more appropriate for others to ascertain. I aim to musically express an honest emotion through solid craftsmanship and distinctive expression.

I was born in Serbia (then Yugoslavia), then lived all over Europe for about a decade. I came to the United States in 2000.

Keep it grounded in tradition while exploring new boundaries.

I am composing the material for my next CD, a Balkan/jazz/classical fusion for an acoustic nonet. I am hoping to record this project somewhere between August and December of 2021, public health situation permitting.

That I won't make my bandmates feel supported.

None. Silence shall suffice.

It varies greatly. I seldom literally whistle, but I run musical lines in my mind all the time.

I am a university professor of music. Fortunately, my "day job" is inextricably connected to my work as a musician.

A concert music ("classical") composer. This is something I do anyway, adjacent to being a jazz musician.

It's probably a tossup between Bach, Ennio Morricone, and Bill Evans, for their beautiful and complex minds.