One of the premier guitarists of his generation, the three-time Grammy nominee was born on January 10, 1953 in Boston. After growing up in Washington D.C., he returned to Boston to study at the Berklee College of Music and got his start as a guitar player with Blood, Sweat & Tears at the age of 22. Following a stint with Billy Cobham's powerhouse fusion band from 1979-1980, Mike moved to New York City and was recruited by Miles Davis and played a key role in his celebrated comeback band of 1981 (which also included bassist Marcus Miller, drummer Al Foster, percussionist Mino Cinelu and saxophonist Bill Evans) 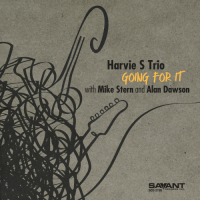 Adored by patrons and musicians alike, 55 Bar is utterly unique in the jny: New York City music scene; an unfussy, inexpensive, dive bar where audiences can watch some of the world’s best jazz and blues musicians from ten feet away. It’s a club where brilliant newcomers can launch their careers and seasoned professionals can workshop ...

We start the program today with another tune from John McLaughlin and his new release Liberation Time, Harvey S Live, with Mike Stern, Yo Miles and their album Lightning and an interview with Melbourne guitarist Jack Pantazis from the band Synchronicity and music producer Lee Bradshaw about the upcoming album and their live performance.Playlist ...

Featured on this show: Melbourne keyboardist and producer Phil Turcio from his album Signals and a beautiful ballad composed by Mike Stern playing with Jeff Lorber. Also Brazilian pianist Erik Escobar and from Cuba pianist Gonzalo Rubalcaba.Playlist P C Fantasy “G-string Fantasy" from Course of the World (Self Produced) 00:00 Alex Sipiagin “38-58" from ...