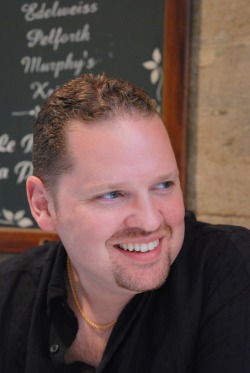 Currently based in Seattle, Washington, Tony Foster was born and raised in North Vancouver, BC, Canada. He received his initial musical training early on, in the form of classical piano lessons privately. In school bands, his main instrument became the trumpet. His studies on the trumpet continued until college, and it was not until this time that his focus changed to piano. Foster graduated from the University of British Columbia with a business degree, but eventually chose a career as a jazz pianist! A recipient of the 1998 Fraser MacPherson Scholarship, Foster eventually would perform with some jazz luminaries such as Ernestine Anderson, Sheila Jordan, Red Holloway, Jeff Hamilton, Peter Washington, and many others. May 2009 marks the release of jazz pianist and composer Tony Foster's debut trio recording entitled In Between Moods. The recording features Joe Poole on drums and Russell Botten on bass. The album showcases Foster's composing and arranging skills as well as tracks paying tribute to some of Foster's key influences including Oscar Peterson and Ahmad Jamal.

I realized how insanely fun it was to improvise while playing trumpet in junior high school.

I'm sold on powerful melodies...make it groove and you're getting somewhere...sometimes I think melody and rhythm can trump harmony...but, most great songs contain strong contributions from all 3 of these aspects...when I play, I try to play something fresh and new...react to who I'm playing with...where I'm playing...who we're playing for...I look for inspiration in all these areas.

Don't really teach at the moment...as a student of this music, I barely have enough time to work on everything I want to with respect to my own playing!

I'm happy with how my first release In Between Moods turned out, and the warm response it's been receiving, but I've got a lot of new material ready for the 2nd and 3rd releases already!—so, Look out!

Went to a try-out for the Chicago White Sox when I was 16 as a pitcher.

Ahmad Jamal - At The Pershing: But Not For Me - Chess

There are so so many amazing musicians today who are carrying on this great art-form...I think jazz is very healthy...it's interesting how jazz is changing along with the digital age and internet age...some magazines are becoming digital....but overall, jazz is healthy!

Music which grabs a live audience...people need to feel it....be able to relate with where you're going in a particular song at a particular moment...not losing the audience in some sort of self-indulgence...playing as freaky or straight-ahead as I want, but still relating to the audience is key!

Currently working on a quartet with a wonderful Russian saxophonist named Dimitry Shapko...the project is inspired by the great "groovers" like Eddie Harris, Lou Donaldson...the jazzy stuff in the 60s that made people move...I want to get to audiences on that level...for all the younger people who have no idea who Eddie Harris and Lou Donaldson are..