Eddie had always wanted to play the saxophone simply because he admired its design and the way it looked. But in order to play saxophone for Captain Dyette, the aspiring musician had to plat the clarinet. He took private clarinet and saxophone lessons for many years. As his playing improved, Eddie began his saxophone career playing with all types of bands. Captain Dyette retired in his mid-sixties and passed away in his mid-seventies. In the late 50's Eddie was drafted into the Army. While in the Army, he took an audition test for the Army band which included reading music, ear training, written phrases and command of the chosen instrument, Eddie scored a 98 out of 100. This score was so high that he was recommended to join the symphony orchestra in Germany.

Eddie was posted to Germany because his orders were already processed. When he arrived overseas he found the Seventh Army Symphony Orchestra to be filled, so he was placed in the Army band in Fulda, Germany where he stayed for eight months. Shortly thereafter, he played with the symphony. A jazz band had been formed from this symphony that toured Germany, France and the rest of Europe when the entire symphony was idle. It wa this experience that honed Eddie's skills. Eddie toured Germany and France as a member of the Seventh Army Symphony Band where soon Eddie became internationally known. He also took classical saxophone lessons at the Paris Conservatory of Music before he returned to the United States.

Eddie met his wife, Sally in 1959. They were united in marriage on May 22, 1961. From this union came two daughters, Lolita and Yvonne. Eddie made his first recording with Vee-Jay Recording Co., in 1960. The jazz world felt the force of Eddie's impact in 1961, when one of the tunes was the first jazz single to sell one million copies. Eddie began recording with other record companies including Columbia, RCA and Atlantic Records. In the early to mid-sixties Eddie started playing the tenor saxophone with a trombone mouthpiece. A year later he began using a clarinet double barred joint in between the neck and instrument of the saxophone. He then began playing saxophone with a bassoon reed that had a shortened boccel inserted into the neck of the saxophone.

While recording with Atlantic Records, Eddie was the first musician to introduce electro Voice Creation for the Selmer Instrument Company. This electrical attachment for the saxophone is call ed the Varitone. Since then, he has played his electric saxophone on most of the tunes that he recorded for Atlantic Records. Some of his most popular albums include: “Electrifying Eddie Harris,” “High Voltage,” “Silver Cycles,” “The In Sound,” “Come On Down,” “Swiss Movement” and “Free Speech.”

In the early 1970's, Eddie invented a reed mouthpiece for the trumpet, coronet and trombone and this mouthpiece often made the above instruments much easier to play. “I'm an experimentalist”, Eddie told Down Beat magazine; “I like to get into new things to break new ground. My mind is always probing for different things and different sounds. I've never been one to let my mind stagnate.. If I didn't experiment with music, it would mean nothing to me.”

Of Eddie's hit single, “Listen Here,” the esteemed jazz critic Leonard Feather wrote; Eddie's electrified and electrifying sound can be credited more than any other single performance for establishing the amplified saxophone as a force to be reckoned with permanently in Jazz. Eddie's music talents paved the way for the jazz-rock fusion movement. A few years earlier, Eddie composed and recorded, “Freedom Jazz Dance,” which has now been recorded by no fewer than 50 artists and is a noted jazz standard. Feather wrote, this number indicates how far Eddie has plunged into an investigation of the newest developments in Jazz. Eddie's solo album release, “Playing With Myself,” features straight ahead style full of intensity, harmony and electricity. He plays all the instruments on the album including acoustic and electric saxophone, acoustic and electric piano and reed trumpet.

On the course of recording more than 70 records, Eddie has displayed his prowess as a pianist, vocalist and trumpeter and of course, a saxophonist, occasionally, moving into blues, soul and funk grooves. His musical collaborations have ranged from Jeff Beck to Les McCann, Steve Winwood and he courts Miles Davis, Clifford Brown, Milt Jackson, John Coltrane and Charlie Parker amongst his influences. Eddie's pioneering work in musical electronics and the effective conjunction of different elements of blues, rhythm and blues, jazz and funk has had a very marked and widespread influence in so much of what is generally considered, today's' music. Eddie's music has been sampled by over 30 artists including Macy Grey, Jamiroquoi, DJ Jazzy, Jeff and the Fresh Prince, Heavy D and the Boyz and Da Youngsta's. Eddie holds the U.S. patent for the reed trumpet. He is the inventor of the Eddie Harris Attachment for the saxophone and the author of seven music books. Eddie was also a prophet, a teacher to many of us and a great father figure. One the eve of Eddie's passing, in November of 1996, the last words he stated to his daughters were: I have always loved my family. Show less

Eddie Harris and Les McCann - Composition Entitled "Compared to What"

Dancing By A Rainbow 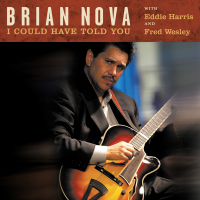 I Could Have Told You 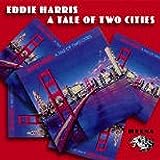 A Tale Of Two Cities

All About Jazz musician pages are maintained by musicians, publicists and trusted members like you. Interested? Tell us why you would like to improve the Eddie Harris musician page.