Christoph Irniger, born 1979, is a Swiss saxophonist, composer and bandleader. According to the Sunday edition of the Neue Zürcher Zeitung he is “undoubtedly one of the greatest talents of his generation.” In recent years, Irniger has made a name for himself in a range of line-ups, playing jazz, rock and related musical styles. As a musician from a generation which likes to work on multiple projects in eclectic styles, he leads a range of outfits, all distinct and surprising musically. The Swiss magazine Jazz ’N‘ More writes: “He comes up with something new each time by leaving the beaten tracks of sound. He doesn’t just look briefly left and right; he fights his way into the thicket.” An instrumentalist with a firm education, and a composer with an artistic vision, he consistently generates new ideas, realised thanks to a passion for music. German magazine Jazzthetik says: “People who know about jazz will confirm that he is one of the most promising musicians in contemporary Swiss jazz.”

Irniger is leader of the band Pilgrim (with Dave Gisler, Stefan Aeby, Raffaele Bossard and Michael Stulz) and the Christoph Irniger Trio (with Raffaele Bossard and Ziv Ravitz), which between them have released four albums so far: two by the Trio, Gowanus Canal (Intakt Records 2013) and Octopus (Intakt Records, 2015) and two from Pilgrim, Mt. Tongariro (Between The Lines, 2011) and Italian Circus Story (Intakt Records, 2014). The latter featured in three best album lists of 2014, including Cadence Magazine (USA). Jazzwise (UK) described them as “a homegrown rising young sax star’s quintet!“ Irniger’s debut recording Chat Noir was released in 2008 on Brambus Records.

Irniger loves jazz, and his playing is strongly rooted in this tradition, influenced by its various exponents. He does not see jazz as representing a particular sound or content, however, but as a way of making music. He says, “to me jazz is that music which always processes the music of its time. It’s more about how you play than what you play.” He gets ideas from every style of music, and from life itself; in this sense, the main inspirations are his home, Lake Zurich, the mountains, his family, people, travelling (above all New York) and a range of other art-forms. They give him the themes and feed his passion for music, and Irniger places melody above everything else. Even in dense, complex passages, or within free jazz playing, he seeks out the moment, and tries to give the various instruments’ melodic lines equal weight. The journalist Peter Haffner writes of his compositions, “the pieces are tone poems, which show that catchy melodies and complex soundscapes need not be mutually exclusive, in fact they each need the other to come to fruition.”

His regular visits to Berlin and New York have led to a number of diverse collaborations, including: Nasheet Waits (No Reduce Jaywalkin’ (nWog, 2013)), Don Philippe, and the band Counterpoints with Ohad Talmor, Bänz Oester and Vinnie Sperrazza. He has also played with Dave Douglas, Chris Lightcap, Dan Weiss, Nils Wogram, Claudio Puntin, Max Frankl, Stefan Rusconi, Mats Spillmann, Christian Weber, Chris Wiesendanger and Vera Kappeler. He was a member of the Lucerne Jazz Orchestra for seven years and can be heard on four of their recordings. He is also co-leader of the prog-rock band Cowboys from Hell.

From 2000 to 2006 Irniger studied music education at the Zurich Jazz School, and performance at the Lucerne School of Music with Christoph Grab and Nat Su. In the following years he took lessons from Dave Liebman, Mark Turner and Ari Hoenig. He won the Friedel Wald Foundation development award in 2004, received the Borsa di Studio for Siena Jazz University in 2006 and achieved third place in the 2010 ZKB Jazz Prize with the Cowboys from Hell. Between 2015 and 2017 his band Pilgrim were awarded high priority act from Pro Helvetia – Swiss Arts Council. His work has been documented on twenty albums to date, five under his own name. He has played concerts and tours throughout Europe, Asia and the USA.

Christoph Irniger initiated the concert series Jazz im Seefeld and was co-founder of the Jazzwerkstatt Zürich festival. He is also part of the programming team for the Unerhört! Festival and teaches at Zurich University of the Arts and the Musikschule Konservatorium in Zurich.

”Young Swiss saxophonist, composer Christoph Irniger is one to watch. His blossoming stature on the European jazz scene is partly due to his invigorating and meticulous compositional approach. Pilgrim is a high-achieving unit, as the end results prove to be immensely satisfying.” All About Jazz

“People who know about jazz will confirm that he is one of the most promising musicians in contemporary Swiss jazz.” Jazzthetik (DE)

”Young Swiss saxophonist, composer Christoph Irniger is one to watch. His blossoming stature on the European jazz scene is partly due to his invigorating and meticulous compositional approach. Pilgrim is a high-achieving unit, as the end results prove to be immensely satisfying.” All About Jazz

“People who know about jazz will confirm that he is one of the most promising musicians in contemporary Swiss jazz.” Jazzthetik (DE)

“This music was recorded in the winter of last year and has something of a lacerating quality of a masterpiece. (...) a delightful ensemble sound that is full of energetic excitement, brilliance and the genuine avant-garde spirit.” JazzDaGama (CA) on the trio

“Irniger is undoubtedly one of the greatest talents of his generation.” NZZ am Sonntag (CH) 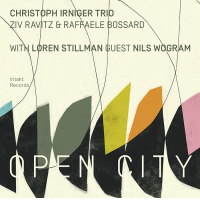 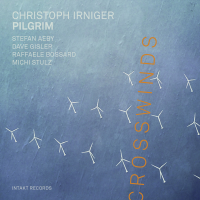 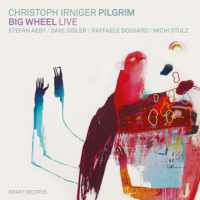 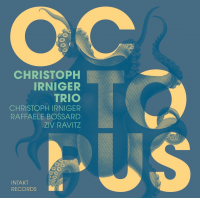 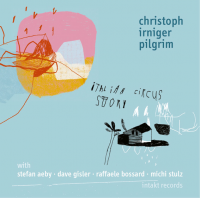 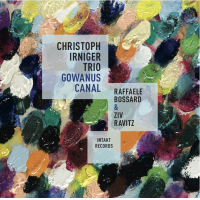 From: Open City
By Christoph Irniger 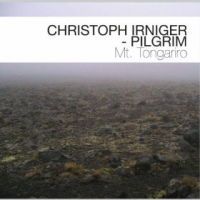 From: Mt. Tongariro
By Christoph Irniger

All About Jazz musician pages are maintained by musicians, publicists and trusted members like you. Interested? Tell us why you would like to improve the Jack Walrath musician page.