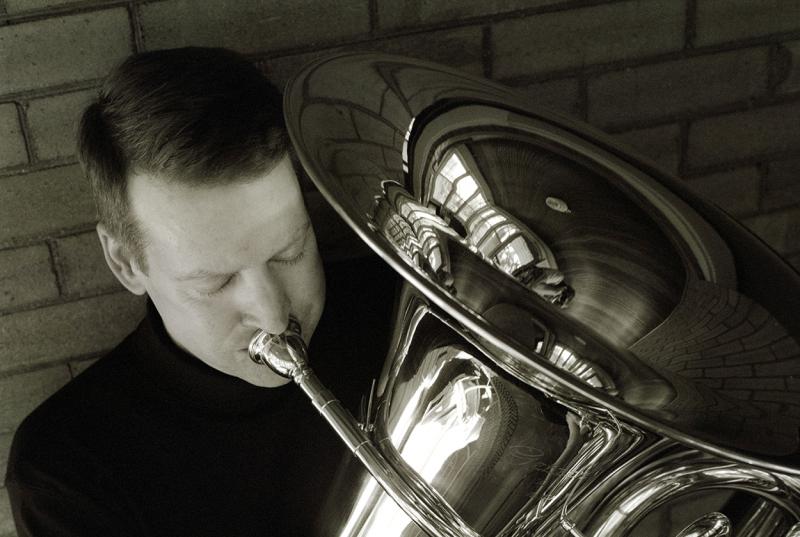 By Ralph Hepola
August 28, 2017
Sign in to view read count
About Ralph Hepola
Born in Saint Paul, Minnesota in the United States, Ralph Hepola studied piano before starting on the tuba at age twelve. At seventeen, he was chosen to play before the British Royal Family in the Manitoba All-Province Band at Brandon, Manitoba in Canada. While still in high school, Ralph began performing as an extra musician with the Minnesota Orchestra, which later included recordings, and tours to Carnegie Hall and Avery Fisher Hall at Lincoln Center in New York City. While still a teenager, Ralph won a position with The United States Army Band of Washington, D.C. At age twenty, he won a full scholarship to the Manhattan School of Music in the Young Artist Competition of the Minnesota Orchestra/WAMSO.

Ralph earned his music degree at Northwestern University where he studied with renowned musician and teacher Arnold Jacobs. Three books have been published covering Mr. Jacobs' celebrated career, which included forty-four years as Principal Tubaist with the Chicago Symphony Orchestra. At Northwestern University, Ralph played and soloed with Jazz Ensemble I, which twice won Best Big Band at the Notre Dame Jazz Festival.

Subsequently, Ralph won an international audition for the Basel Symphony Orchestra. Basel is Switzerland's third-largest city. There he performed under renowned conductors including Pierre Boulez and Antal Dorati. During five years in Europe, he performed as a soloist on Swiss Radio, and played in the Vienna Philharmonic at the Salzburg Music Festival in Austria under Herbert von Karajan, Claudio Abbado, and Lorin Maazel. Ralph then freelanced for two years in New York City with various jazz and classical ensembles.

Ralph Hepola performs professionally on three tubas, bass trombone, bass trumpet, cimbasso (Italian contrabass trombone) and piano. He is heard on thirty-seven professional recordings including the major labels EMI and Warner Bros., as well as twenty-three video productions. Ralph has performed for national tours of Broadway shows at the State and Orpheum Theatres in Minneapolis and Ordway Center in Saint Paul.

The Minnesota State Arts Board awarded highly-competitive Artist Initiative Grants to Ralph Hepola for both 2010 and 2012. In 2004, Ralph completed a seven-week residency at the Wurlitzer Foundation (awarded internationally) in the esteemed arts community of Taos, New Mexico.

Ralph has also performed at Spoleto Festival USA in Charleston, South Carolina which "is internationally recognized as America's premier performing arts festival"; the Children's Theatre in Minneapolis, which is North America's largest theatre for young people & their families; and the Guthrie Theater, the nation's largest regional theater.

Teachers and/or influences?
I earned my music degree at Northwestern University in Evanston, Illinois where I studied with legendary tubaist and brass teacher Arnold Jacobs who was Principal Tubaist in the Chicago Symphony Orchestra for forty-four years. Five books have been published on his life and teaching. The Northwestern University School of Music is vastly underrated. I played with Jazz Ensemble I, which twice won Best Big Band at the Notre Dame Jazz Festival.

I knew I wanted to be a musician when...
I grew up in Bloomington, Minnesota in a wonderful family. In the summer, my parents used to have big picnics with the neighbors. My dad would run cables for the "stereo system" out into our yard so we could all listen to music while we ate and visited. I thought that was so cool. One time, everyone went next door to a neighbor's house to look at something. I stayed behind, sitting in a lawn chair, just listening to the music. It was a jazz piece played by a studio orchestra; probably recorded in New York or L.A. This was music my parents liked. All the kids were into rock and roll. I sat there listening, and at one point I was absolutely overwhelmed by the music. I thought, "That is so beautiful, so incredible!" That was certainly one of the times I knew I wanted to be a musician.

Your sound and approach to music.
In high school, I started taking lessons with Ross Tolbert, Principal Tubaist in the Minnesota Orchestra from 1966 to 2004. Before that he was in the New Orleans Philharmonic for eight years. He's such a great guy and one of the best ensemble tuba players I've heard; a real team player. My lessons were at his home in South Minneapolis. During one of my first lessons, he had his big German Alexander tuba that he played in the symphony there. He improvised a melody on it and I was absolutely stunned at the sound he got out of that tuba; so mellow, dark and warm! I had no idea the tuba could sound like that. Ross was really surprised when I came back a week later and had completely changed my sound.

Contemporary tuba players are "sound freaks." They love that gorgeous sound you can get when you play the tuba well. It's the last thing people expect from an instrument that has been the brunt of so many jokes. The older generation of tuba players worked hard to have the tuba taken seriously. Now it's refreshing to see that the younger generation of tuba players has a sense of humor. A lot of them, myself included, collect those tuba cartoons we've all seen, and they make jokes about their instrument. They also dig all the styles you can play with a tuba: jazz, classical, avant-garde, traditional jazz/Dixieland, movie music, even mariachi.

Your dream band
This would be my absolute dream band: George Cables on piano; Art Pepper called him "Mr. Beautiful." Oscar Pettiford on bass; a great player (and he grew up in Minneapolis). Art Blakey played drums with so many horn players. I think a tuba would sound good with him too.

Favorite venue
Certainly playing the Twin Cities Jazz Festival in St. Paul, Minnesota from 2012 through 2015. Also playing Carnegie Hall and Lincoln Center in the Minnesota Orchestra as an extra musician. The big theatres in the Twin Cities are nice places to work and I've played in them on national tours of Broadway shows: The Lion King; Chicago; Ragtime; Parade; The Secret Garden.

Your favorite recording in your discography and why?
My favorite recording is the one I'm working on right now. The Southwest Minnesota Arts Council has awarded me a five thousand dollar Individual Artist Career Grant. I'm thankful for this opportunity to make recordings and videos documenting my work as an improvising tubaist.

What do you think is the most important thing you are contributing musically?
In all of the arts, artists are always trying to create something new. To do something new, even in a little "niche" like tuba playing, is a musical contribution. At this point, I'm trying to develop into the best-possible improvising tuba player that I can be.

The first jazz album I bought was:
Light as a Feather by Chick Corea and Return to Forever; It's still superb.

What are some of the essential requirements to keep jazz alive and growing?
The internet is the world's biggest stage, so jazz must be promoted on the internet. All About Jazz, the world's biggest jazz website, is doing just that. I could spend all day on it just checking out other musicians... but I'd never get anything else done!

What is in the near future?
I'm collaborating with two musicians on my recording project. Both are named Peter! Keyboardist Peter Shu is leading me down musical paths I've never trod before. Guitarist Peter Lothringer and I are co-writing tunes and arrangements. Such fun!

What song would you like played at your funeral?
A jazz rendition of "Come, Thou Fount of Every Blessing." That hymn says it all.

If I weren't a jazz musician, I would be a:
Well, I played in symphony orchestras for a long time like in Basel, the third-largest city in Switzerland. So I guess I'd still be playing in orchestras. 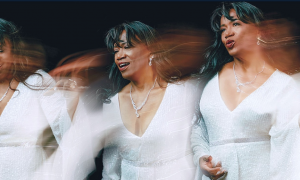 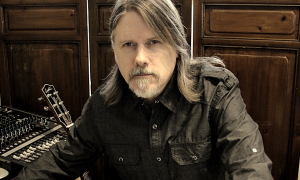 Ralph Hepola – A musician who plays the language of contemporary jazz on the tuba.