When George Cables was going to school in New York City he used to walk the streets at night, taking in the cosmopolitan sights and sounds, mentally recording his encounters with “so many different kinds of people.” In his musical career as well, Cables has prowled sidestreets and main thoroughfares in relative anonymity, absorbing countless influences into his personal style.

Born in New York City on November 14, 1944, Cables was classically trained as a youth and when he started at the “Fame” worthy High School of Performing Arts, he admittedly “didn’t know anything about jazz.” But he was soon smitten with the potential for freedom of expression he heard in jazz.

The young Cables was impressed by such keyboardists as Herbie Hancock and Chick Corea. But, he points out, “I never really listened to pianists when I was coming up. I would probably say I’ve been more influenced by Miles or Trane and their whole bands rather than by any single pianist. The concept of the music is more important than listening to somebody’s chops, somebody’s technique, The Way Miles’ band held together, it was just like magic. You were transported to another world.”

Cables attended Mannes College of Music for two years and by 1964 he was playing in a band called The Jazz Samaritans which included such rising stars as Billy Cobham, Lenny White. and Clint Houston. Gigs around New York at the Top of the Gate, Slugs, and other clubs attracted attention to Cables’ versatility and before long he had recorded with tenor saxophonist Paul Jeffrey, played on Max Roach’s “Lift Every Voice and Sing,” and earned a brief 1969 tenure at the piano bench with Art Blakey and the Jazz Messengers.

A 1969 tour with tenor titan Sonny Rollins took Cables to the West Coast. By 1971 he became a significant figure in the jazz scenes of Los Angeles, where he first resided, and San Francisco, where he also lived. Collaborations and recordings with tenor saxophonists Joe Henderson and Sonny Rollins (“Next Album:), trumpeters Freddie Hubbard and Woody Shaw (“Blackstone Legacy”), and vibist Bobby Hutcberson made Cables’ wide-ranging keyboard skills, often on electric piano, amply evident. Demand for his sensitive accompaniment increased and by the end of the 1970s, Cables was garnering a reputation as everyone’s favorite sideman.

Perhaps the most pivotal turn came when hard-bop legend Dexter Gordon invited Cables into his quartet in 1977. The two years he spent with the reappreciated tenor giant ignited Cables’s passion for the acoustic piano and rimmersed him in the bebop vocabulary. “I don’t feel that one should be stuck in the mud playing the same old stuff all the time, trying to prove that this music is valid,” Cables says. “We don’t need to prove anything. But I think you really have to be responsive to your heritage and then go on and find your own voice.”

The longest standing relationship Cables developed in the late seventies was with alto saxophonist Art Pepper. Cables, who Pepper called “Mr. Beautiful,” became Art’s favorite pianist, appearing on many quartet dates for Contemporary and Galaxy, and joining Art for the extraordinary duet album, Goin’ Home, that would be Pepper’s final recording session. “I’ve been able to play with some of the greatest musicians in the world,” Cables says, ..but it’s funny, if you’re not seen as a bandleader, doing the same thing alot of times, it’s easy to wonder, `Well, who are you really? What do you really feel?’ And sometimes I have to ask myself that, because every time I play with somebody different I have to put on a different hat.”

George Cables has emerged as a major voice in modern jazz. He is currenuy performing and recording as a soloist, with trio and larger ensembles, and as a clinician in college jazz programs. In addition to composing and arranging for his own albums, George Cables has contributed to recordings by Dexter Gordon, Art Pepper, Freddie Hubbard, Woody Shaw, Bobby Hutcherson and many others. He is noted for his fresh Interpretations of classic compositions and for his innovative style of writing. Show less 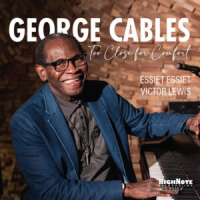 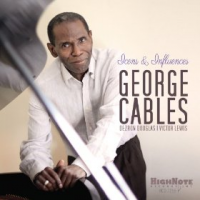 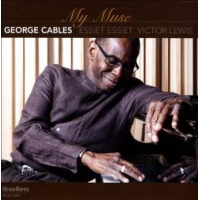 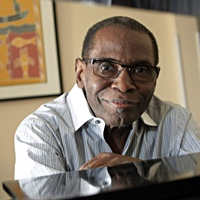 All About Jazz musician pages are maintained by musicians, publicists and trusted members like you. Interested? Tell us why you would like to improve the George Cables musician page.