Blossom Dearie was a remarkable American jazz vocalist, pianist and composer from the bebop era known for her unique voice, definitive arranging style and continent spanning career. From recordings and radio to Calvin Klein ads, the Gilmore Girls television show, and many other film and TV soundtracks, her career swung into the 21st Century. Christina Aguilera and Carly Rae Jepsen are fans, and her friend Tony Bennett honored her as a jazz influence. Elton John recently named the piano he uses in his Las Vegas shows after Blossom.

Blossom Dearie was born in the Catskill Mountains of New York State and was given her name by three proud brothers who brought pear blossoms into the house upon her arrival. One of her earliest memories was climbing onto her mother’s lap in front of the family piano and picking out tunes by ear. She started classical piano lessons at five, and at ten she moved to live with her brother in Washington, DC to continue training. It was expected she would enter the Peabody Conservatory. As with most of Blossom’s life, “She had other plans!” Blossom returned to the Catskills and switched to jazz where she developed a style similar to her favorite jazz pianist Art Tatum. She was a part of a band in high school, and after, wanting to see the world, she headed to New York City.

Once in New York she became part of the vocal scene as a member of Alvino Rey’s Blue Reys and Woody Herman’s Blue Flames. She began to play as a solo artist as a headliner and accompanist to other singers like Annie Ross at New York clubs.

Blossom was there for the Birth of the Cool hanging in Gil Evans apartment with Gerry Mulligan, Charlie Parker, Dizzy Gillespie and Miles Davis. Blossom marked the starting point of her career as 1950 when she sat down and paired piano, with voice, in a little club called the Chantilly in Greenwich Village. Miles Davis once remarked, “She was the only white woman who ever had soul.”

Eddie and Nicole Barclay heard Blossom in New York and encouraged her to come to Paris to record…and she began to see the world. Her first solo album was released on the Barclay label and she was a popular attraction in the Mars Club and the Left Bank. It was in Paris that she met jazz impresario and Verve Records founder Norman Granz. He wanted to record her when she returned back to the States. A brief stint as the founder and arranger of the Blue Stars of France yielded a Billboard charting single, Lullaby of Birdland, sung in French. When other members of the group could not tour America she returned alone and took Norman Granz up on his offer. In that group she first worked with long-time friend Bob Dorough. She met Michel Legrand, whose song, “"La Valse des Lilas” she introduced to Johnny Mercer whose English lyrics turned it into “Once Upon A Summertime.”

In the 1960s Blossom shared the bill with Miles Davis at the Village Vanguard. Miles was amazed that Blossom had no problem restricting clubs from serving while she sang, or for stopping mid-song to tell audience members to pay attention or quiet down. Soon after Blossom recorded an album for Capitol Records entitled “May I Come In.” She also recorded four albums for Fontana in England. Her favorite of those was the live album, “Blossom Time at Ronnie Scott’s.” The BBC was instrumental in Blossom's developing worldwide following. As well as her introduction to musical admirer, John Lennon. They wrote songs for each other, and the Beatles were all big fans. The 1970s saw Blossom transition from a club performer to a concert performer. She increasingly controlled the environment in which she performed. Special sets for listeners who were more than just fans to her, but family. A highlight was a performance with Joe Williams and Anita O'Day at Carnegie Hall in 1973. She recorded the "hit" Schoolhouse Rock songs, "Figure Eight" and "Unpack Your Adjectives."

In 1974, Blossom's founded the label Daffodil Records released “Blossom Dearie Sings” featuring music written entirely by Blossom. In 2017, for the first time ever, this album will be released in stereo with bonus tracks. Daffodil Records came about when record companies were not seriously interested in promoting her albums. Her early recordings, she was told, were not profitable. She knew otherwise. For years fans reported paying large sums for used copies of those early LPs. In creating Daffodil Blossom could write, arrange, record and release music as she saw fit. Blossom found herself the first female owner of a successful independent record label in the United States, possibly the world. She lead the group that includes many female artists that are able to have complete control over their creative works today.

Subsequent recordings were, “From the Meticulous to the Sublime,” “My New Celebrity Is You,”(title track written by and given to Blossom from the great Johnny Mercer) “Winchester In Apple Blossom Time” and also recent recordings like the vocal jazz favorites “Tweedledum and Tweedledee” which featured Mike Renzi as her co-arranger and keyboardist, and “Blossom’s Planet,” a Brazilian influenced recording featuring music from Blossom and Michel Legrand, as well as Sting, Ivan Lins and of course Jobim. The back catalog contains thirteen albums and many unreleased tracks, demos and live recordings.

Blossom passed away in February of 2009. Her niece and nephew are carrying on her name and legacy so that her music will continue to cover the globe. Reflecting on her career, in a moment of unguarded expression, Blossom once remarked, “The world needs someone like me.” Indeed, we do. 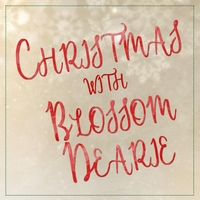 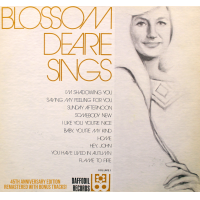 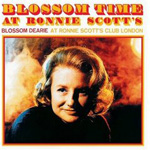 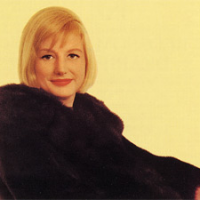 All About Jazz musician pages are maintained by musicians, publicists and trusted members like you. Interested? Tell us why you would like to improve the Blossom Dearie musician page.