Sparky is a trumpeter and leader of the “Jazz Express” www.sparkysjazzexpress.com performing in the Galveston/Houston Texas area. He performs regularly with Trio Du Jour at The Tremont House in Galveston. He is also a member of the group “Jazz Sunday” which performs at various churches in the area. When not performing or directing jazz you can find him in the principal trumpet chair of the Galveston Symphony Orchestra, and he has performed in the pit orchestras during the summers at the Galveston Island Outdoor Musicals or College of the Mainland’s Biggest Li’l Theatre in Texas. Sparky Koerner, professor of music, has been director of Jazz and Instrumental Studies at College of the Mainland (COM) located in Texas City, TX since 1983

Mary Amaral is a Brazilian singer songwriter whose work is composed of her influences, mainly classic jazz songs and R& B, combined in an original way with elements she received from Tom Jobim's Bossa Nova, João Gilberto and guitarrist Baden Powell's Afro Sambas with Vinícius de Moraes, among other Brazilian Classics. Mary is also a composer /lyricist, and is releasing her Ep of Brazilian Jazz, called Delineio. You can listen to Delineio here: https://sl.onerpm.com/8786645317 http://maryamaral.bandcamp.com/album/delineio-mary-amaral

Kris T Reeder was born in 1984 and was brought up in a single-parent family in Banbury. His family claimed state benefits for most of his childhood. He has never met his father who is believed to be an African-American service personnel who served in the UK during the cold war. Kris T Reeder’s alleged father died in the 1990s after being shot dead outside his apartment in St Louis, Missouri, according to US archives. It is highly probable that Kris T Reeder’s paternal grandfather is Jeff Greyer, a drummer in the legendary ‘Prince Gabe and the Millionaires’ band.

I was born into the sort of family that made me want to stay by myself in my room practicing guitar & writing songs. Somehow I developed this mindset where I felt drawn to the surreal/abstract so I gravitated to music that that was that way (psychedelic, Hendrix, Doors, Beatles, etc.) I began studying jazz and as I progressed through bebop, hard bop, modal and into the 'avant garde' or free jazz I began to absorb these genres and developed my own musical approach. I did put together musical units mostly in LA, and where I currently reside - the San Francisco Bay Area that did attract some attention and this is what I am continuing to do to this day.

"Charismatic and technically gifted" (All About Jazz, USA) jazz vocalist Hetty Kate has "a stage presence only matched by the clarity of her voice.." (James Morrison, AU). Raised in both England and Australia, and now living in France, Hetty has released nine albums and graced stages large and small from New Zealand to New York. "Hetty's truly one of the best swing-style vocalists (I’m talking 1940, Benny Goodman style 4/4 swing) on the current scene..” Will Friedwald : Jazz Critic & Author (USA) A genuine entertainer, Hetty really swings; and her natural musicality, pitch and vocal purity ensure her voice is instantly recognisable

Recording artist Jack Furlong has been called many things, including “the James Bond of jazz,” “The Man With The Golden Gun,” and “late to dinner.” What is there to say about Jack Furlong that hasn’t already been said about a fine wine? (Well, except that he isn’t made from grapes…) Furlong is known as a performer, composer, arranger, woodwind doubler, and educator. A baritone saxophonist by trade, Jack diversifies his sound to other saxophones and woodwinds to achieve the proper tone color, mood, and musical message he hears and wishes to portray. Jack delights audiences with his wit and mastery at gigs, a talent that exudes from his albums, including the critically acclaimed "And That Happened" and the incredibly fun "Opportunity." With cool phrasing and a simple, melodic approach, Jack credits his style as heavily influenced from a wide variety of jazz pioneers, citing Gerry Mulligan, Miles Davis, Count Basie, and John Coltrane as the parents of his sound; yet he notes that his technique is personalized for today’s jazz scene

David Larsen is a composer, saxophonist and educator. He has worked with a variety of artists including Ken Peplowski, Francisco Torres, Dave Glenn, Ron Vincent, Bill Mays, Dean Johnson, and the internationally acclaimed jazz vocalist Halie Loren. He is featured on Halie Loren's album Butterfly Blue (2015). In 2018 and 2019, David’s compositions Applied Physics and Bright Days won Editor’s Choice from JW Pepper Inc. These compostions and other are availbe from Dapper Page Music. His music has been performed by a wide variety of groups around the U.S. and the United Kingdom 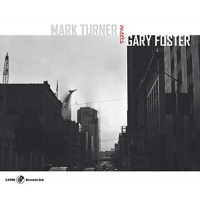 Seventy years ago, on March 4, 1949, cool jazz was recorded for the first time. Given a mandate to record whatever new jazz was important, Pete Rugolo, Capitol's head of A&R, brought the Lennie Tristano Sextet into the studio to tape two songs—Wow and Crosscurrent. The music by Lee Konitz (as), Warne Marsh (ts), Lennie Tristano ...

Mirko Fait, Italian, was born in Milan on 3rd June 1965 in a family of artists. Mirko started playing the guitar at a young age, from the early 1970s, but it was only later that he realised that his cultural ground was jazz music. This is why in the 1990s he chose the contralto saxophone. He started his studies in Bergamo with Alberto Nacci, moving back to Milan he continued studying the tenor saxophone with the maestro Michele Bozza, with Giulio Visibelli and Emanuele Cisi at the centre “Civica di jazz” run by Franco Cerri and Enrico Intra, until his last lessons with the American Michael Rosen.

He played straight away in different bands and he performed from the very first years also in jam sessions and with various jazz groups in a few Milanese clubs (Capolinea, Scimmie, Tangram, Aquatica, Mirasol, le Trottoir, Ittolittos, Ca’Bianca, Santa Tecla).

In January 2002, with the Cuban trumpet player and pianist Gendrickson Mena Diaz, he was asked to play for a renowned stylist group at the Pitti Uomo club and in 2003 he founded the jazz band Five for you