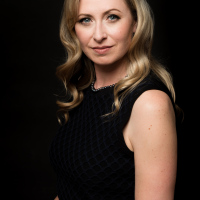 The album debuted at number one in jazz on iTunes-Canada. CBC Canadian National Radio host Laila Biali remarked, "There's so much joy in delivery.” Wall Street Journal-writer and acclaimed author Will Friedwald writes in his liner notes that Verbrugge possesses, "a vocal sound that's full of depth and nuance - welcoming the light without denying the existence of the darkness” and that she works with a “top-drawer arranging crew and cast of expert musicians”.

Angela was one of the youngest theatre-program graduates from Toronto’s George Brown School of Performing Arts after a youth spent active on the arts scene of her birth city, Kingston, Ontario. Growing up, she studied classical piano, played trombone in high school band competitions and acted in many productions. She relocated to Vancouver in 1997 and to Victoria in 2019. After having three kids (now teens) and three brushes with death (drowning, car accident and cancer), she followed her passion to jazz by curating her own musical education through mentorship and private lessons with world-class musicians in Vancouver, New York and Los Angeles.

Angela is primarily inspired to perform jazz standards, songs from the swing era, bebop, and contemporary material within those genres. As a lyricist, her work has received critical acclaim. “She is a witty songwriter, drawing on Cole Porter, Gilbert and Sullivan, and Johnny Mercer for inspiration and rapid-fire rhymes, occasionally resembling a less vinegary Dave Frishberg.” (JazzLives)

George Harris at Jazz Weekly sums it up, describing, "fun and quirky, hip and a hoot, wispy and romantic; she slithers and oozes, and cleverly swings... in the Archie Comics of life, this lady is a bubbly Betty." Show less

"Quirky with a swing! Angela Verbrugge gives singers like Lorraine Feather a run for their money with her witty lyrics on her originals that area mixed with some clever covers. In the Archie Comics of life, this lady is a bubbly Betty." George Harris, Jazz Weekly

"A perfect album: she makes all of her chosen material sound magical. A gem of a vocalist.

"Quirky with a swing! Angela Verbrugge gives singers like Lorraine Feather a run for their money with her witty lyrics on her originals that area mixed with some clever covers. In the Archie Comics of life, this lady is a bubbly Betty." George Harris, Jazz Weekly

"A perfect album: she makes all of her chosen material sound magical. A gem of a vocalist.

"Conspicuously good taste! Verbrugge possesses a winsome, brightly burnished, pliable voice, ample emotional intelligence, and considerable songwriting skills. With top-notch accompanists—Ray Gallon on piano, Anthony Pinciotti on drums, and Cameron Brown on bass—she delivers 13 songs, including four originals, that cover a lot of territory on her debut album... offering a wide-angle look at her manifold talents without feeling forced or showy. With so many smart decisions and memorable tracks, I’m eager to hear what Verbrugge does next." - Andrew Gilbert, JazzTimes Magazine (Apr 2019 print edition)

"...a literate and articulate song-writer as well as a fine singer. It’s not every day that Will Friedwald writes liner notes so he must like Angela Verbrugge, four of whose originals grace this 13-track album. I like to see this disc as a kind of narrative arc in which themes of love, longing, loss, and the question of time are ever-present companions. It’s no surprise, surely, that the disc opens with a head-spinning original called I’m Running Late and ends with her own How Did I Know This Was The End? An album with a bold, delineated - though often quizzically narrated - structure is a rare thing to find. ...well- selected and finely performed songs. Verbrugge is a literate and articulate song writer, as well as a fine singer, and someone to catch if she’s in your neck of the woods." - Jonathon Woolf, MusicWeb International

"Listen and be delighted. Her art is her own, and she offers rare pleasures. ...You can hear that Angela is certainly imaginative, but her singing rests securely on deep emotional understanding. She understands the song, not only as notes and syllables on paper, but also the heart- messages it sends us. She conveys tenderness, thoughtfulness, wit, and ardor: emotions and perceptions aimed right at us through her very human voice, its phrase-ending vibrato signifying a sweet earnestness. She is a witty songwriter, drawing on Cole Porter, Gilbert and Sullivan, and Johnny Mercer for inspiration and rapid-fire rhymes, occasionally resembling a less vinegary Dave Frishberg. I will feel much better about this decade when I hear new singers take up her songs . . . as well as modelling themselves on her warm, lively approach. Those aspiring artists will take their own paths to passion and control, how to convey deep meanings without resorting to capital letters and bright primarily colors. But those wise enough to take inspiration from Angela will find her art won’t outwear its welcome. I am not the first to celebrate Angela Verbrugge, nor will I be the last." - Michael Steinman, Jazz Lives

"...with a vocal sound that’s bright and optimistic and also full of depth and nuance - welcoming the light but without denying the existence of the darkness. ...I for one, am glad that the door opened and Angela Verbrugge came through it." - WILL FRIEDWALD in his liner notes for The Night We Couldn't Say Good Night Music writer (The Wall Street Journal, Vanity Fair, Playboy), author of nine books including Jazz Singing, and the award-winning A Biographical Guie to the Great Jazz and Pop Singers. He is a curator for Apple Music.

From: The Night We Couldn't Say Good...
By Angela Verbrugge

All About Jazz musician pages are maintained by musicians, publicists and trusted members like you. Interested? Tell us why you would like to improve the Angela Verbrugge musician page.