The “Queen of Las Vegas” swing, Keely Smith, is one of the last living legends of the great Rat Pack era of the 1950s and ‘60s. For nearly half a century, the Cherokee-Irish singer has thrilled audiences around the world, entertaining music fans with unequaled charm. Keely is perhaps best known for her partnership with Louis Prima, with whom she helped turn Las Vegas into an entertainment mecca for the rich, the famous and everyone in between. Keely’s royal ascent began in Norfalk, Virginia, where she, aged just 11-years old, became a regular on a popular, Saturday morning children’s radio program, “Joe Brown’s Radio Gang.” By 16, she was singing professionally alongside local big bands, entertaining servicemen at local Army, Navy and Marine bases and, more importantly, getting a chance to experience the swing movement first-hand

About Pat and Mike Pat and Mike host the Jazz Bastard podcast. Mike is a English professor who normally makes his home in jny: San Diego; Pat is a lawyer's helper living in Central Indiana. They met as Freshmen in college and having been bugging each other ever since. (Mike—Actually I'm a Humanities lecturer—if ...

Keely Smith, a vocalist best known in the 1950s at nightclubs and on TV as the stone-faced half of a husband-and-wife comic duo in which she impatiently waited out and mocked the rubbery crooning style of mate Louis Prima before delivering a sincere pop rendition of her own, died on December 16. She was 89. After ... 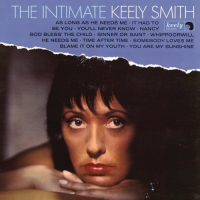 Keely Smith spent the 1950s in the shadow of her husband, Louis Prima. Both Smith and Prima were superbly talented for different reasons. Prima was a natural showman, a terrific musician and a high-energy R&B crooner. But Smith was the better vocalist. As Prima's straight-faced sidekick, Smith occasionally joined him in a comedic duet. When she ...

When vocalist Jane Monheit blew the music community's hair back with her debut recording Never Never Land (N-Coded Music) in 2000, she was 22-years old, beautiful, sensual, soon-to-be-married and talented with chops to spare. By 2016, Monheit had released nine additional studio recordings, including the well-received Come Dream With Me (N-Coded Music, 2001) and Surrender (Concord, ... 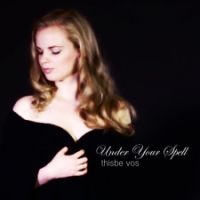 A Southern California Girl with a love of standards and romantic music, Thisbe Vos is not your typical female vocalist performing Louis Prima/ Keely Smith duets in a jazz band. Born in the Netherlands, Vos began exploring music by playing the harp and doing musical theatre and only after joining the British swing band, The Jive ...