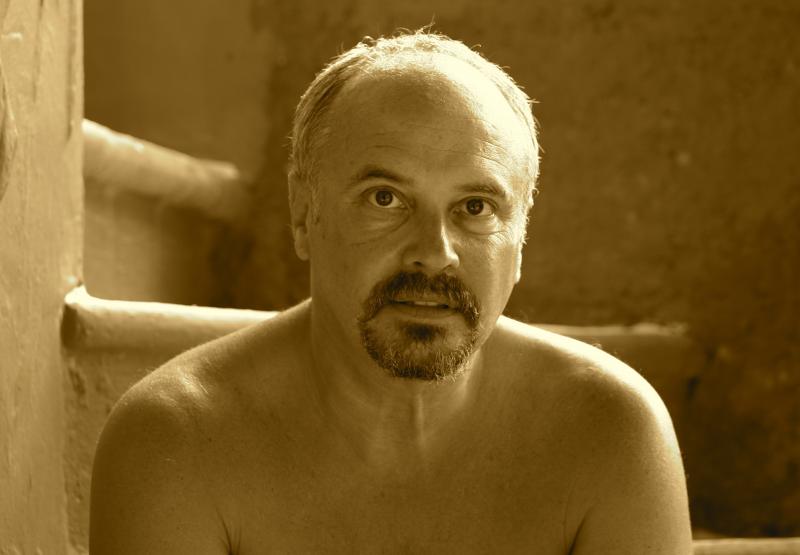 The CD looks at Brazilian music and jazz as twin children of Mother Africa separated at birth, raised in distant parts of the world and now reunited, and showcases Paul's playing, composition and arranging. Critic Richard Kamins says: ..."filled from beginning to end with joy... Blessed with...a program that ranges from sparkling originals to classic tunes from Brazil to jazz standards to one of the best covers of a Beatles tune by a jazz player, the recording shines...'Lovely' is a weak word for this stunning, heartfelt, and emotional work... In truth, Ibeji is "soul" music through and through, in the way that John Coltrane's A Love Supreme, JS Bach's 6 Suites for Cello, and, yes, Beethoven's "Song of Joy" are "soul" music to my ears. The music comes from a place that combines technique, intelligence, experience, emotions and risk-taking that pushes the musician beyond the ordinary or the commonplace...I am going to return to this recording over and over..."

Paul is a Rico Artist and endorses JodyJazz mouthpieces, and other recent activities include a saxophone quartet co-founded with Gary Smulyan, Marty Ehrlich, and Jason Robinson, appearances as featured soloist with Arturo O'Farrill's Afro-Latin Jazz Orchestra, creation of the wind/percussion music for productions by the world-famous [email protected] Chorus, and naming to the editorial board of "Analytical Approaches to World Music."

After earning his BA at Yale, Paul responded to simultaneous tour invitations from Buddy Rich and Brazilian Jazz legends Airto and Flora Purim by becoming the only "gringo" in the all-Brazilian group and touring the US for the next two years, appearing at major clubs, theaters, and festivals, performing for audiences of up to 30,000, and making his Lincoln Center debut. He then moved to Rio de Janeiro for four years, where he became Brazil's first-call studio sax and flautist, has recording on over 50 albums and does arranging and producing work for CBS, Warner, and other labels. Paul has also performed in Australia, Belgium, Canada, England, Germany, Hawaii, Norway, Poland, Switzerland, and Wales, and spent four years as jazz faculty at UMass Amherst.

I knew I wanted to be a musician when...
I began to improvise vocally with my older brother's piano playing at the age of three.

Your sound and approach to music:
In the words of Duke Ellington: "There are only two kinds of music, good and bad." For me, the truly great artists are those who are able to combine an attractive, accessible surface with deep substance. Many can make nice surfaces, some can create deep substance, but very few can do both at once. The three qualities I personally value most highly in music are expressivity, groove, and interaction.

Your teaching approach:
To see music, like all art, as a form of communication, both immediate and across the centuries, in the same room and around the globe. To develop a lifetime of patient discipline, and to manage the frustration of forever working publicly at the limits of one's abilities—in clear sight of what one cannot yet do—and to continue anyway. To not be prideful of gifts. To value the listener.

Your dream band:
I would love to work with Stevie Wonder, Richard Bona, Cesar Camargo Mariano, Jorge Drexler, and about 10,000 other people.

Your favorite recording in your discography and why?
Ibeji. In a way I have spent my entire life getting ready to make this first recording as a leader. I have lived a somewhat unusual life, and I am pleased with how much of it I was able to include in the music.

The first Jazz album I bought was:
I don't remember exactly, but the first several were all from the RCA Victor Vintage series, and included Duke Ellington, Don Redman, Jelly Roll Morton, Fats Waller, Dizzy Gillespie, and Paul Whiteman.

What do you think is the most important thing you are contributing musically?
A sound painting of the oneness of all humanity, of the "messy beauty" of life, and of the joy in being alive.

Did you know...
I quit playing music for six years and sold all my instruments.

How would you describe the state of jazz today?
I wish we didn't need the word "jazz." Because of the American/consumer culture drive towards categorization, many listeners don't discover music they would enjoy if they heard it. I'm happy with the ways the stylistic walls have come down in some musicians' minds, and also with the acceptance by some of jazz as a repertory art form, in which there can be equal validity in working from any historical or cultural style.

What are some of the essential requirements to keep jazz alive and growing?
A virtuous cycle of accessibility, creativity, freshness, and innovation, combined with music education at home, in the schools for all children, and in the media, to nurture enough of a market that one needn't take a vow of poverty to be in the jazz business.

What is in the near future?
Working on getting Ibeji out there for more people to hear, working on developing as a player, composer, arranger, and leader, looking for a new teaching position, and some exciting projects under discussion with other artists that I can't talk about yet.