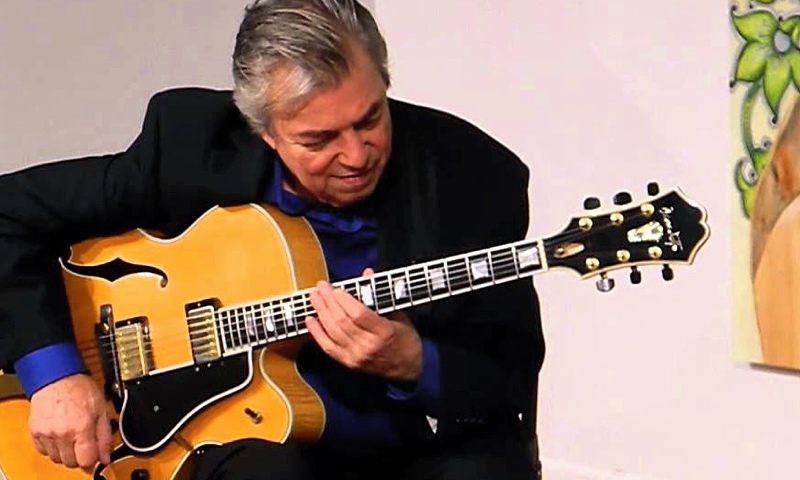 By ROB ROSENBLUM
December 29, 2016
Sign in to view read count

The point of recording an album isn’t to make money anymore–it's basically a calling card.

Some time in 1975 a box of records from the Mainstream label was dropped by my front door. I picked it up and began to open it with a mix of excitement and dread of having to face writing more record reviews. I saw an LP titled Windows with an unfamiliar cast of characters and put it aside. I had too many other albums to listen to and render judgment. Despite a nagging sense of obligation, this piece of vinyl was destined for a garage sale. Mainstream was issuing a lot of LPs, many by relatively obscure artists, and frequently filled with musical ornaments like strings, voices and electronics with the apparent desire to water them down just enough to attract a wider audience. A second look a few days later drew my eyes to the song list—"Windows," "Red Clay," "Pinocchio," "Naima." It was impressive, despite the youthful face of the unknown guitarist on the cover. I had some time to waste, and with low expectations I put it on the turntable. A few minutes later, my life was changed.

The guitarist was Jack Wilkins and his cohorts were bassist Mike Moore and drummer Bill Goodwin. Both would move on to illustrious careers—Moore pairing frequently with pianist Marian McPartland and Goodwin becoming a mainstay with alto saxophonist Phil Woods.

What I heard was riveting. It was an elegant album, but full of fire. Wilkins' technique was stunning, but employed to decorate his solos not to show off. His melodic invention was easy and flowing. I didn't know where he came from, but I was convinced that he was going to be a jazz star some day and I knew I needed to hear more of him.

At the time I was a booking agent and had a free hand at a couple of local clubs. I did some hunting around and eventually found Wilkins' phone number and arranged for him to play in upstate New York.

The abbreviated story is that Wilkins had the same impact with this new audience that he did with me. His reputation grew quickly and it wasn't long before hundreds of local jazz fans—including almost every area guitarist—were always on the lookout for his return. And return he did; many times and to ever increasing crowds.

Judging by what I saw in our little universe, Wilkins was on his way to joining a heady group of musicians in the lofty heavens of jazz.

Wilkins was born into a marginally musical family on June 4th, 1944 in Brooklyn, New York. His step father played a little saxophone and his mother piano, but with little distinction. However, unbeknown to him, he came by his talent honestly. More about that later.

Unlike those kids whose parents nag them to learn an instrument, Wilkins' mother and father couldn't care less. It was his aunt who bought him a guitar when he was a teenager and he learned to play the basics.

"I played a couple of chords like everybody in the neighborhood," he told me while munching chicken in my kitchen recently. There had been no hint that he was a jazz musician in the making. Most of what he was playing then were pop and rock tunes at parties and small local clubs.

"I didn't have any kind of real ambitions. I played guitar because it could help me get out of my parents' house and experience life. I felt like I was in prison then. Music helped me escape from home."

Jazz caught his attention while still a teenager. "I liked jazz, but a lot of it I didn't quite get," he told me. "I didn't know what they were doing.

"Django Reinhardt was one of the first players I could identify with in my early 20's," Wilkins recalled. "It was fun hearing him swing away like that. I could imagine being in a bistro in Paris listening to that music. I know that a lot of his music has been intellectualized, which is too bad because it is just fun music.

"Playing jazz never came on like a flash bulb," Wilkins said. "Perhaps it was just the process of elimination. I could do other things, but nothing that really interested me. I found out that I was very good at playing guitar when I was learning how to read music. That came in handy because it helped me become a studio musician and I could make a living. If it weren't for studio work I would probably have left music altogether."

His skills also caught the attention of many of the society bands that were around at the time, like Sammy Kaye, Warren Covington and Larry Elgart. While playing with those bands he made some important connections with other young and future stars like Randy Brecker and Eddie Daniels. He even played banjo in some Dixieland bands—a music he doesn't particularly enjoy playing.

While the big bands provided an income for Wilkins, he needed something more to sustain him. "I started doing a lot of rehearsal bands with guys like Lew Soloff and the Breckers. Small bands—eight pieces mostly. "My first big break came when I recorded Syncratic Music with Barry Miles, which led to a few concerts. Shortly after I began playing with Paul Jeffrey and he wanted to do an album along the lines of The Bridge by Sonny Rollins. He had a recording contract with Mainstream and we did an album with Richard Davis and Thelonious Monk Jr.. Bob Shad, the owner of the label, liked what I did and he wanted me to record my own solo album."

The album was the aforementioned Windows. It was composed mainly of well known compositions of some of the top jazz artists of the time, such as Chick Corea, Freddie Hubbard and Wayne Shorter. Critics around the world reacted much as I did. It was a remarkable album by an unknown artist and it appeared to be the launch pad for a stellar career.

Shortly after the recording, Wilkins received a call from drum legend, Buddy Rich. Rich was forming a small group to play at his new jazz club and to tour internationally.

Wilkins is aware of Rich's reputation for being a difficult and demanding boss, but his perspective is much different. "I found Buddy Rich to be a nice guy. I don't know where all those stories came from, but I got along with him," he told me.

His experience with Rich was one of the highlights of the guitarist's career. "I got to play with people like Sonny Stitt, Dizzy Gillespie, Chris Woods, Zoot Sims, Sonny Fortune and Sal Nistico among others who had short stints with the band," he said. "We even did a TV show with Sid Mark in Philadelphia and we were invited to the famous Gibson Jazz Party in Colorado."

Eventually, there was an increased demand for Buddy Rich to reassemble his big band. Wilkins tried it, was left unsatisfied, finding that he had very little playing time, and decided to move on.

After Rich, Wilkins had a brief seat in the guitar chair of iconic trumpet player/band leader Don Ellis, who was known for arrangements with time signatures that bordered on the bizarre. "There was a lot of intricate stuff to read, but I enjoyed it."

Wilkins' exposure through these associations opened doors to new gigs under his own leadership. He had a long standing engagement at Sweet Basil's, then a premier New York City jazz club, hosting some of the biggest names in modern jazz. His group included Randy Brecker, Mike Brecker and Eddie Gomez—a virtual all star line up of the next generation of jazz giants.

This group recorded again 25 years later, with both Brecker brothers, Eddie Gomez and Jack DeJohnette on an album called Reunion.

"My stint at Sweet Basil's led to a European tour with Eddie Gomez and pianist Mike Nock. I toured Europe with a quartet a few times," recalled Wilkins.

Jack Wilkins has continued to record sporadically, but most of his recordings, while not selling particularly well, are performances of which he can be proud. As Wilkins admits, "The point of recording an album isn't to make money anymore—it's basically a calling card."

Call Him Reckless, recorded in 1989, has him returning to the trio format with Steve LaSpina on bass, Mike Clark on drums. Wilkins is in top form and even venturing out to show some of his rock roots in the title tune, where uses an echoplex over an ostinato beat.

Alien Army with Marc Puricelli on keyboards, Michael Formanek on bass and Mike Clark is a foray into the realm of fusion. While it stands as an outlier to Wilkins' recorded legacy, it is one that he speaks of often and is one of his favorites.

Just The Two of Us is a duo collaboration with friend and fellow guitarist Gene Bertoncini. It features subtle interplay between the two on familiar standards.

Until It's Time is one of Wilkins' best efforts with Jon Cowherd on organ and piano, Mark Ferber on drums, Samuel Torres on percussion, Jeff Barone rhythm guitar and Steve LaSpina bass (reviewed here).

"It has been a long time ago since I had my own band," he explained. "The last one was the Alien Army band. It's very hard to keep a band together. While having your own band can get stale after a while, my music isn't the best it could be without a regular band."

Most of Wilkins' recordings and live performances are fairly straight ahead bebop, in part because that is what people expect from him and because stepping outside the bounds of standard jazz performances requires rehearsals and the opportunity to play together on a regular basis. But make no mistake about it, he has a very catholic taste in music.

Even opera is within his scope. "Opera is down home music," he told me. "It was the entertainment of the day. Just because they are singing in a highfalutin' way doesn't mean shit."

"I like all kinds of music," he continued. I'm not a snob. My music collection includes a lot of classical, rock, folk, Brazilian."

While you can hear the influences of his favorite musicians, like Johnny Smith and Barney Kessel, he doesn't want to play like them.

"I don't want to play like anybody," he insists. "I play like me. Somebody's got to do it, right?," he added with a sly grin.