Maximize your visibility at All About Jazz by upgrading your musician page from standard to premium. With it, you'll receive All About Jazz home page exposure, a highly stylized / ad-free musician page with bonus features and benefits, an ad, plus you control where you sell your music and so much more.
Learn More
17 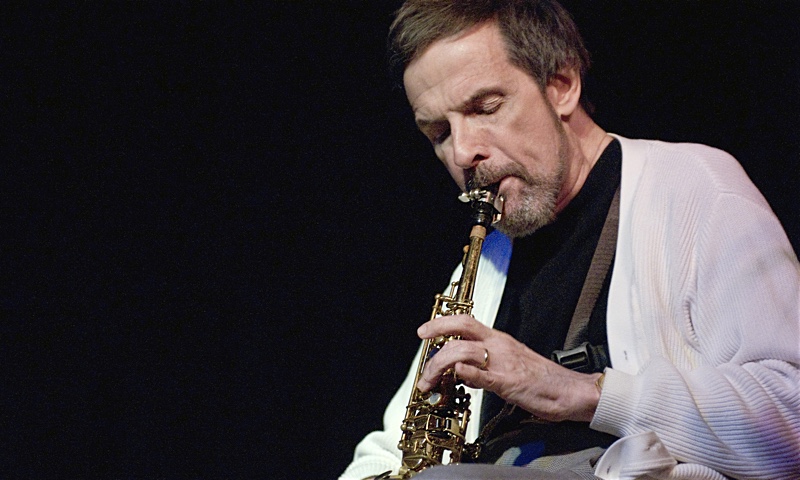 I think jazz is going to remain a CD-based music, to a certain point. I think jazz listeners still want to hear albums. They're not like pop listeners that just want to download tunes.
&#151Bill Kirchner

The extremely accomplished Bill Kirchner—composer, arranger, saxophonist, writer, editor, teacher—enjoys a career anyone would be proud of. He's played with important musicians, led outstanding groups and had his arrangements played by top-shelf musicians and bands. In 1996, he won a Grammy for Best Album Notes for the revered Columbia/Mosaic re-issue Miles Davis and Gil Evans: The Complete Columbia Studio Recordings.

Many of the accomplishments came about despite severe physical setbacks. In 1993, he was found to have a life-threatening tumor on his spinal chord. Two major surgeries removed it, but left Kirchner with no feeling in his right hand and only two working fingers on that hand. There is also chronic pain. It stopped his playing for a few years, but with uncanny perseverance, he returned to playing a soprano sax with specially designed keys. His career continued.

And now he's created another shining point in his career with the recording of a 2014 concert that took place at the New School of Jazz performance space in in New York City, where he has been a teacher for many years. The all-ballad, two-CD recording An Evening of Indigos (Jazzheads) was released this year.

"I've been pretty lucky with having some of the best nights of my career recorded well and worthy of release," says Kirchner about his recording career in general. "That doesn't always happen. This is the ninth record I've done as a leader. All of them I'm quite pleased with. I think every release as a leader has something to recommend in it. There's nothing that's a throwaway."

But this one marked a challenge, for Kirchner, who in recent years is very selective about the live appearances he chooses because of the physical demands.

"Live concerts are always a crap shoot in the best of circumstances," he says. "There was a certain amount of risk involved. Before we did this, I found myself at a couple points thinking, 'Do I really want to do this?' It was an all-ballad evening. I decided to go for it. Everything came off beautifully... You reach a certain point in your career where if you know the people you're working with and you know their capabilities and you know your own capabilities, there are certain times when the best thing to do is pull out all the stops."

The result is a collection of original music and standards, brought to life by Kirchner's soprano with Carlton Holmes on piano, Jim Ferguson on bass and Holli Ross on vocals. Ferguson also does some singing. Songs include "In the Wee Small Hours of the Morning," "He Was Too Good To Me" and a medley that teams "Close to You" with "Save Your Love For Me." Also originals "Theme for Gregory," "Since You Asked," When You Are Old" and more. The music is played with emotion and soul. The intimacy of the evening is unmistakable, but something that Kirchner carefully tried to set up. He accomplished his mission.

"I decided I wanted to focus on a lot of original songs I had written over the years, some of which had never been played in public before. I got two of the best singers I know and a wonderful pianist and we did it. It came off great. Better than I had dared dream it could, as far as doing something in a live setting like that. It has the vibe of a studio date almost, as far as the polish of everything goes," he recalls with understandable fondness.

"We had a wonderful audience and they were totally into it. The premise I put in the program was: Don't talk between tunes. Everything you needed to know was in the program. I wanted to segue from one tune into another without interruption. I wanted to set up a mood and keep it."

He decided not to use a drummer. "I didn't think there would be much for a drummer to do, frankly, except stir the soup. Play brushes and play time. It was basically a ballad thing. Everybody's time was so strong, I didn't think we needed a drummer."

While "Theme for Gregory" is a song from years ago that has been recorded, two tunes were written in early 2014 and hadn't been played in public, "The Inaudible Language of the Heart" and "When You Are Old." "Foolish Little Girl" was written in 1980, but never played before. As far as the band, Holmes played with Kirchner's nonet in the late 1980s and early 1990s and also played the last concert the nonet did in 2001. Ferguson, who came in from Nashville specifically for the gig, had played a few times with Kirchner. They melded, listening to one another, reacting and simplifying. The music bares the thoughtfulness and emotions of the compositions.

"It's pretty deep. It really is," says Kirchner reflecting on the accomplishment. "It was a very emotional evening for everybody. The musicians and the audience."

An Evening of Indigos is Kirchner's fourth CD on Jazzheads. The previous was a nonet live concert, Lifelines, recorded at the New School in 2001. Starry, Starry Night is a live record with Sheila Jordan as a guest soloist and Old Friends is a duo concert recorded with Marc Copeland on piano.

the recordings are strong documents from Kirchner who started playing clarinet at the age of 7. Jazz-influenced scores written by Henry Mancini for the TV series "Peter Gunn" [a private detective series 1958-1961] had an effect on Kirchner before he even picked up an instrument. Seeing the likes of Earl Hines, Carmen McRae, Stan Getz, John Coltrane and Duke Ellington kept him on the jazz path. In high school, he was playing clarinet, saxophone and flute and starting to write arrangements.

In New York, he studied privately with Lee Konitz and Harold Danko. A move to Washington D.C. got Kirchner working at the Smithsonian jazz program for Martin Williams and J.R. Taylor, among other things, but he returned to the Big Apple in 1980, where he has remained.

The spinal surgery, career-ending for most people, was a hurdle he was able to jump with a little help from some friends.

"It was several years before I started to play again. Sean Smith a very good bassist, would come over to our apartment and play tunes, just to kick my ass and get me to playing again. I realized I needed to have some alterations on the horn to facilitate things. I got Perry Ritter, a very good New York woodwind repair man, to so some alterations on the horn to make things easier. Then Danny Hayes, a great jazz trumpet player who has mechanical flair, helped me do some additional things. All that made playing the horn a lot easier. It's not 100 percent foolproof. There are still things I can't do. But, as long as I'm in control of the musical situation and doing tunes that I want to do and can play fluently, it's OK. I've gone out and done, in the last 15 years or so, all over the world. New York, L.A., Austria, England, Armenia. And played with some of the best people in the world and not disgraced myself. That feels pretty good."

He adds, "I'm acutely aware of my limitations. If I felt like I wasn't cutting it, I wouldn't put myself in the position of embarrassing myself." Kirchner sacrifices dizzying chops for playing from the heart and getting to the essence of melodies. "That comes with maturity. Miles Davis said, 'It takes a long time to play like yourself.'"

Teaching is now Kirchner's main focus, mainly at the New School and the Manhattan School of Music. "The recording things have dwindled down to a trickle. I did lots of things as a producer and liner note writer in the '90s. But the state of the record business has dwindled down to an occasional thing... The golden age of jazz reissues was the 1990s. That's when it reached its peak. That's gone at this point. It seems like everything is on YouTube."

Some record labels, like Blue Note, have gone back to issuing vinyl recordings, but it hasn't increased opportunities for Kirchner's writing.

"I think jazz is going to remain a CD-based music, to a certain point. I think jazz listeners still want to hear albums. They're not like pop listeners that just want to download tunes. Musicians still want to release their music as an album with multiple tunes, an hour's worth of music."

But, he notes, vinyl LPs may have had the right thing in mind in terms of holding fan interest, "with 40 to 45 minute of music. That's kind of the optimum amount of music the people can digest in one sitting. A lot of CDs have more music than is justified, in terms of quality. Not all, certainly. But I can think of a number of albums that I've heard that went on past their bedtime. They would have been better at 40 minutes than 60 or 70."

Kirchner has always had a strong vantage point from which to observe and participate in the jazz scene, via his playing, teaching and writing. His opinions are intelligent, informed. He sees good things ahead.

There are probably more really exceptional saxophone players out there than ever before. They come from all over the world. In my teaching, I run into students from Europe, Asia, Africa, Israel, Latin America. Everywhere. And they all play great. There are more of them now than ever before... There's nobody out there right now with the status of a Coltrane or Charlie Parker that used to appear once every 10 or 20 years. I don't know why that is or what that means for the future of the music. But in terms of exceptional musicians that are out there, they are in abundance. The problem now is finding an audience for them. Finding places that will pay money. That will enable people to make a living as a musician. That's the biggest challenge right now. Keeping the audience now only growing, but keeping it stable and not diminishing."

As for the resilient Renaissance man himself, "There are still things... What I'm interested in doing as a musician is documenting my stuff. Having it there for posterity. That's what I'd still like to do is document that material" including a possible emergence of a nonet recording.

"I can't complain too much. I'm able to make a living as a musician, doing quality projects of whatever description. I don't have to do anything I consider a 'dumb gig.' For that I'm grateful. The bills get paid. I enjoy the respect of people who know what's going on. For that, I'm grateful as well."