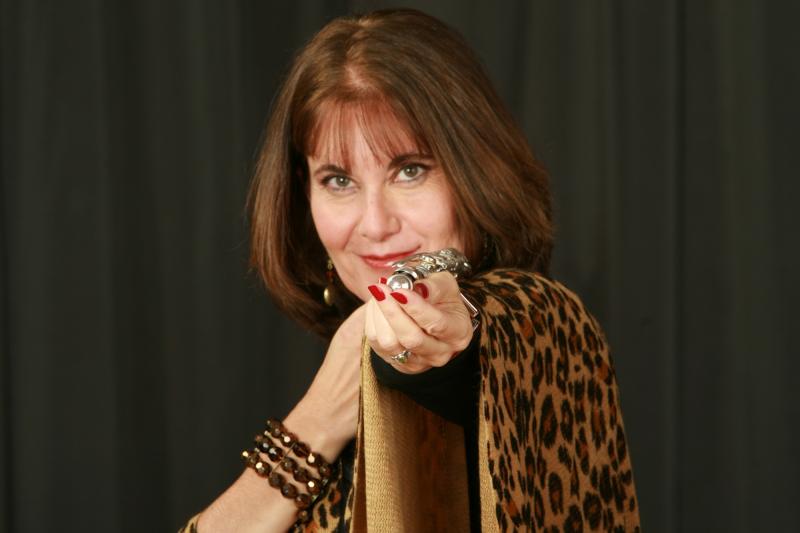 BY ANDREA BRACHFELD
November 15, 2015
Sign in to view read count
Meet Andrea Brachfeld:
Flutist Andrea Brachfeld, a graduate of The Manhattan School of Music, and recent recipient of the "Best Jazz Flute" award from Hot House Magazine, began her musical career at 16 and has associated with Tito Puente, Ray Barretto, Hubert Laws, Nestor Torres, Dave Valentin, Paquito D'Rivera, Wycliffe Gordon and Wallace Roney, among many others. She is the first female flutist to play "Charanga" music in the United States, having recorded with Charanga '76 in 1976. She has recorded seven CDs as a leader including Lotus Blossom recently released on Jazzheads, featuring Bill O'Connell, Rufus Reid, Winard Harper with whom she tours, and special guests Wycliffe Gordon, Nancy Harms and Chembo Corniel, in 2015.

I knew I wanted to be a musician when...
At age 16 it was revealed to me that I was on the planet to play music. It was an inner decision that almost felt like was made for me as opposed to me making it.

Your sound and approach to music:
I believe that your sound reveals who you are at the deepest level. As there are only 12 western tones to play, the sound one produces distinguishes who you are-what your soul communicates. I follow a three step program using conscious, sub- conscious and superconscious learning. Ultimately , if one has done their homework, when it is time to play, the body has been conditioned to accept the music that flows through you and you are a vessel to allow the music to flow.

Road story: Your best or worst experience:
Worst: I was fired when a band member came on to me and I rejected him. The band leader told me I was rude to the band member when I told the guy to leave me alone—I am being very polite with my words. Best. I was invited to play with Hubert Laws and David "Fathead" Newman. When I got to the concert, Hubert forgot that he asked me but it all turned out good and I played all night with the band.

Your favorite recording in your discography and why?
Nefertiti. The music is fabulous.

The first Jazz album I bought was:
Hubert Laws: In The Beginning.

What do you think is the most important thing you are contributing musically?
I hope that I am communicating the depth of the knowledge, love and peace I am uncovering which originates from the millions of years my soul has gone through it's natural evolution of reincarnation.

Did you know...
That I am a Krishna devotee.

How would you describe the state of jazz today?
Great. We just need to continue to play this truth music and eventually it will become popular again. Truth always wins over falsehood eventually.

What are some of the essential requirements to keep jazz alive and growing?
Keep playing, play in unusual places at unusual times, be truthful to the music, keep practicing

What is in the near future?
I'm going to Cuba to play an historic concert named, "From Havana to New York," with Bobby Carcasses along with many stellar musicians from Cuba. My latest CD, Lotus Blossom released on Jazzheads in October of 2015 is receiving rave reviews. It features Bill O'Connell, Rufus Reid, Winard Harper, Wycliffe Gordon, Chembo Corniel, and Nancy Harms.

What's your greatest fear when you perform?
That people won't show up.

What song would you like played at your funeral?
"The Song of Loving Kindness" by Gary Bartz.

What is your favorite song to whistle or sing in the shower?
Don't have a favorite. Too many go through my head all the time.

By Day:
Work on my company, Phoenix Rising Music, LLC.

If I weren't a jazz musician, I would be a:
An athlete.

What is the most important quality to have in your life?
Grace.