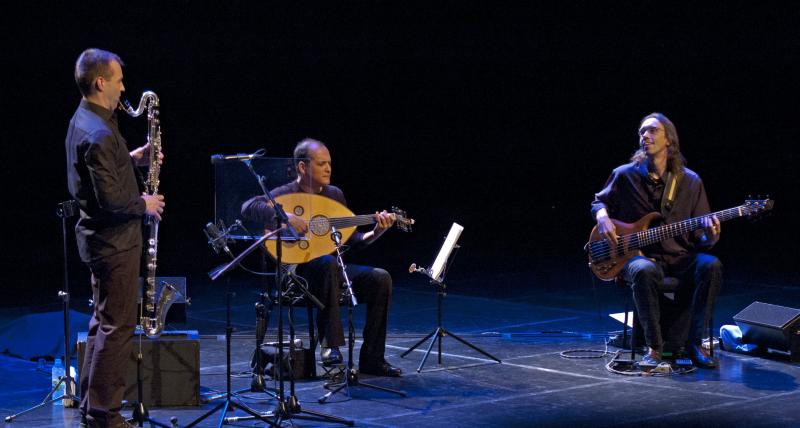 Festival International de Jazz de Montréal
Montréal, Canada
June 25-July 4, 2011
Montréal is a city in transition, and in a move that's absolutely uncharacteristic of other Canadian cities, is planning a downtown renovation driven, in no small part, by the arts. Place des Arts has been undergoing renovations for the past couple years, both internally and externally, in conjunction with the expansion of the TD Festival International de Jazz de Montréal that has not only seen the opening of the Maison de Festival in 2009—business headquarters, but also a press room, a museum and a year-round club, L'Astral—but the creation of La Place des Festivals, a 7500 square meter space for large outdoor events that sports the biggest installation of animated fountains in the country, with 235 water jets, four lighting tours, and room for restaurant facilities. 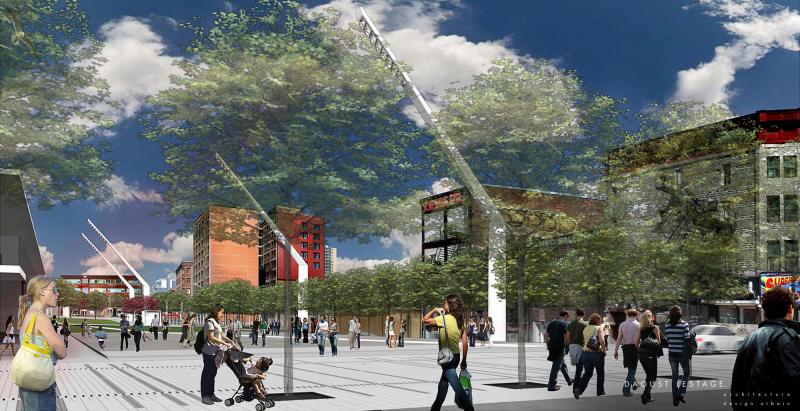 But there's so much more. FIJM 2011 has been marred, but only slightly, by the still-unfinished work on Rue Ste-Catherine, but when it's completed, it will be well worth it, as it will be better designed for its pedestrian only status during major festivals like FIJM. Reflecting a rare commitment to culture on a municipal level, Montréal is growing into a city like none other—not just in Canada, but in the world, and one that could only be possible through the cooperation, vision and growth of major festivals like FrancoFolies, the world-famous Just for Laughs comedy festival—and, of course, FIJM. 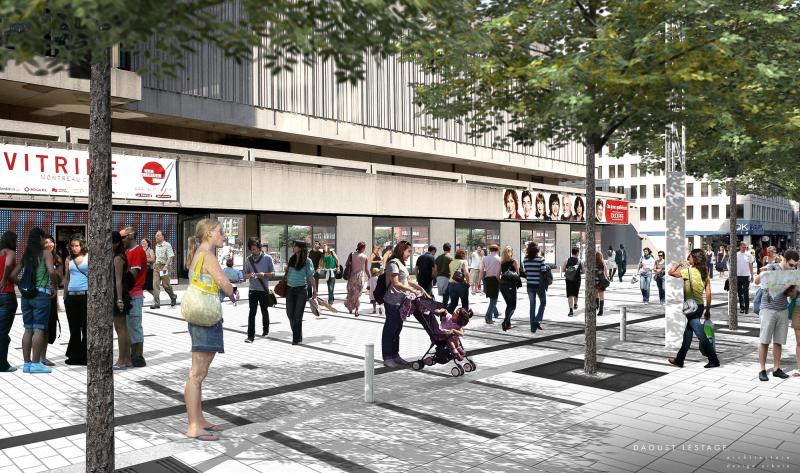 And with the opening of Adresse Symphonique , the city's new home for the L'Orchestre Symphonique de Montréal, Place des Arts will expand to six venues in September, 2011. FIJM is not the only organization in Montréal that thinks big, but it's been one of the major contributors to a cultural rebirth and evolution in the city that will only become even more exciting as the major expansion and revamp of the area now called "Quartier des Spectacles" is completed. Chapter Index

When the lights went down on Anouar Brahem's final night of a three-evening run in FIJM's Invitation series, and a voice filled the hall to announce that percussionist Khaled Yassine would not be making the show, as originally scheduled, it was, at first, disappointing that the entire quartet responsible for the Tunisian oudist's The Astounding Eyes of Rita (ECM, 2009) would not be available to perform the music in Place des Arts' 750-seat Théâtre Jean-Duceppe. Those fortunate enough to have seen the group—which also includes bass clarinetist Klaus Gesing and electric bassist Björn Meyer—know that the group's gentle pulse as due, in no small part, to Yassine's contributions on darbouka and bendir. So, without the drive of hand percussion, how would The Astounding Eyes of Rita sound, especially when it was only learned that Yassine would be unable to attend, due to visa problems, the day before the show? 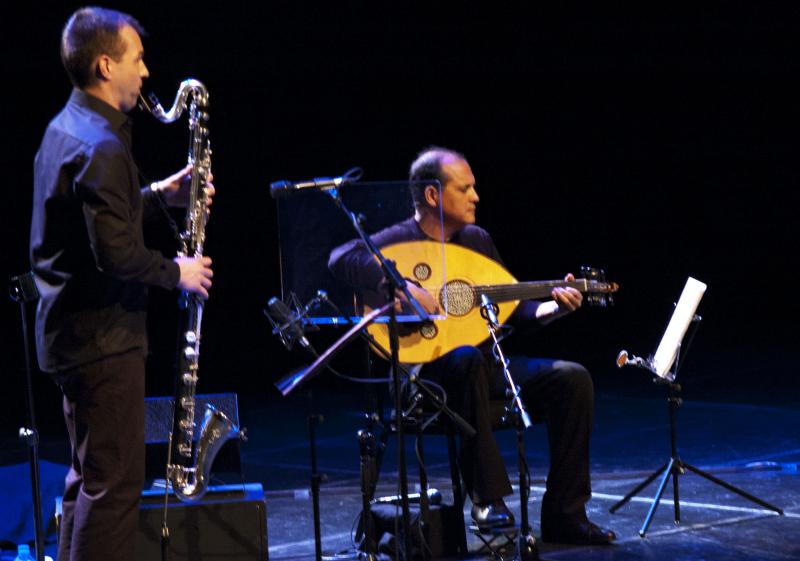 If Brahem's previous two evenings at FIJM taught his audience anything, it was to have the same level of trust that the oudist clearly has for the musicians with whom he chooses to surround himself. Whether it's the Thimar group—a trio with reed player John Surman and bassist Dave Holland that hadn't played together on more than a decade—or his more recent Le Voyage De Sahar trio, with pianist Francois Couturier and accordionist Jean-Louis Matinier,a common thread was the comfort level that existed amongst the players. Not the kind of comfort that breeds complacency; instead, the complete trust that, if one player goes out on a limb, he can do so with the knowledge that his partners will be right there with him, without hesitation or even conscious thought.

A knowledge that Gesing confirmed immediately after a performance where the group may have been short a percussionist, but made clear that, in addition to demonstrating Brahem's tremendous diversity and virtuosity, also highlighted the consistently high level of all his various projects. While there were some moments of extreme magic that made the first evening, with Surman and Holland, particularly special, the truth is that all three of Brahem's shows were inspired and inspire