Winstone has a lissome voice, agile and expressive, and she's a fine improviser, besides. That's not to say she's a vocal athlete, however; although she's known for her wordless improvisations, Winstone is a fine interpreter of lyrics and composed melody—a plain- speaking, rhythmically direct singer who gets to the heart of the matter quickly and effectively. Winstone played piano and organ in her youth. She began singing semi-professionally by the age of 17, influenced by conventional jazz vocalists. During the '60s she became attracted to the jazz avant garde. She played in groups led by pianists {{m: Michael Garrick = 6963}} and {{m: Mike Westbrook = 11283}}; she also sang with such forward-thinking musicians as saxophonist {{m: John Surman = 4735}}, flugelhornist {{m: Kenny Wheeler = 11294}}, composer Michael Gibbs, and pianist John Taylor (whom she married in 1972) 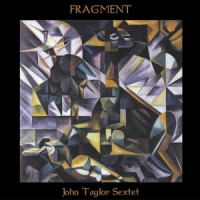 Nucleus Live at the BBC 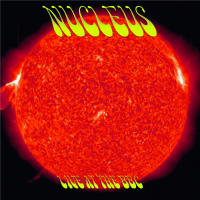 Plan A, which is to say, leading his own acoustic band, has worked pretty well for Irish drummer Kevin Brady. A number of fine small ensemble recordings--with Ensam (Lpr Music, 2016) perhaps the pick of the bunch—has seen him marshal talents such as Bill Carrothers and Norma Winstone, touring the world in the process. With Plan ...

Fourth Function featuring The Phil Ware Trio: Happy Ever After

Fourth Function is the vehicle of Dublin vocalist/composer, multi-instrumentalist, writer, broadcaster and educator, Eamonn Lenihan. Backed by one of Ireland's finest rhythm sections in the form of bassist Dave Redmond, Kevin Brady and pianist Phil Ware, this five-song EP is a showcase for Lenihan's thought-provoking lyric songwriting and hip arrangements. Failing well to occupy any specific ...

In his latter life, Larry Coryell was a frequent visitor to Ireland, where he would invariably hitch up with bassist David Redmond and drummer Kevin Brady, the esteemed rhythm team for the likes of Tommy Halferty, Bill Carrothers, Norma Winstone and Ian Shaw. In May 2016, during Coryell's last trip to Ireland, he entered Dublin's Hellfire ...