Born in Tavistock, Devon in 1944, composer/multi-instrumentalist John Surman is one of the key figures in a generation of European musicians who have crucially expanded the international horizons of jazz during the past thirty years or so. Long acknowledged as an improviser of world class, Surman has also composed a body of work which extends far beyond the normal range of the jazz repertoire. Already, by the late 60s, it was clear that Surman was a phenomenon. He started out as a teenager playing the music of fellow Devonian Mike Westbrook, and then amazed the London establishment with displays of extravagant instrumental proficiency combined with a passionate, rumbustious imagination. As a soloist, Surman's early career took shape in the melting pot that produced a number of fine British musicians during the 60s

Though he is far too modest to make any such claim himself, most observers agree that saxophonist and clarinetist Shabaka Hutchings is the standard-bearer for the new wave of jazz musicians who have emerged in London since around 2015. Hutchings is a few years older than most of the cohort. He made his debut recording in ... 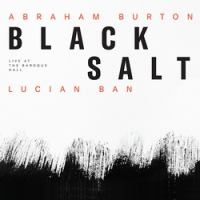 Zakir Hussain turned 70 on March 9th. In an unparalleled career, which began in earnest aged 7, the man widely acclaimed as the world's greatest tabla player has played with the giants of both Indian classical music and jazz. It is hard to think of another musician who has straddled both worlds to such a prominent ...

2020 was a wretched year in many respects. In the jazz world alone, a number of musicians succumbed to COVID-19 and live performance almost became non-existent. Despite all that there were still a lot of stimulating and excellent recordings released in the past year. Here is a list of my personal best. Some reflected the issues ...

Bart Maris & Jasper Stadhouders Parazzar Bruges, Belgium July 17, 2020 The Dutch-speaking Flemish north of Belgium has its own scene, even though crossing over to a great degree with the central Brussels hub. In quaintly historic Bruges, the Parazzar bar/restaurant is a well-established joint with a pronounced ...

This week we pay tribute to the late Ennio Morricone the way we often do, through renditions of his memorable soundtracks performed by contemporary creative jazz artists like John Zorn, Bill Frisell, Marco Cappelli, Guano Padano, and Oddjob. We then check out some great new releases that cross borders, stylistic definitions and generations. Happy ...