GRAMMY winner Kurt Elling is among the world’s foremost jazz vocalists. He won the DownBeat Critics Poll for fourteen consecutive years and was named “Male Singer of the Year” by the Jazz Journalists Association on eight occasions. An international jazz award winner, he has also been GRAMMY nominated a dozen times.

Elling's rich baritone spans four octaves and features both astonishing technical mastery and emotional depth. His repertoire includes original compositions and modern interpretations of standards, all of which are springboards for inspired improvisation, scatting, spoken word and poetry. 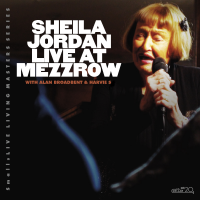 The Generation Gap Jazz Orchestra, co-led by pianist/composer Steven Feifke and trumpeter par excellence Bijon Watson, is a seventeen-member ensemble comprising seasoned players paired with young lions who are poised to capture pride of place. Nowhere do the leaders say who is in which group, and it would be impolitic to name them here. Suffice to ...

First things first: there is no doubt that Chris Walden's reverential Missa Iubileum Aureum ("Golden Jubilee Jazz Mass") is beautifully written and wonderfully performed by the LMR Jazz Orchestra, St. Dominick's Schola Cantorum and cantors Kurt Elling and Tierney Sutton. Is it jazz? That is another question, one not so easily answered. While there are elements ...

A mystery project bearing the DNA of the late Hal Willner and Sun Ra, a project inspired by the poetry of that same Herman Poole Blount, tributes to Carla Bley and Lars Gullin, saxophonists on the rise, and a teenage sensation.Happy listening!PlaylistBen Allison “Mondo Jazz Theme (feat. Ted Nash & Pyeng Threadgill)" ...