Jeff Coffin is an internationally recognized saxophonist, bandleader, composer and educator and has been traveling the globe since the late 20th Century. He is a 3x Grammy Award winner from Bela Fleck & the Flecktones and played with them from 1997-2010. In July 2008, Jeff began touring with Dave Matthews Band, and officially joined the group in 2009 following the tragic passing of founding member LeRoi Moore. When not on the road with DMB, Coffin fronts his own group, Jeff Coffin & the Mu'tet. Some of the artists Coffin has shared the stage and the recording studio include a “who’s who” of musicians such as Bela Fleck & the Flecktones, Dave Matthews Band, Branford Marsalis, Bob Mintzer, DJ Logic, New Orleans Social Club, Maceo Parker, McCoy Tyner, Baaba Maal, Phish, Mike Clark's Prescription Trio, Galactic, Kirk Whalum, My Morning Jacket, Widespread Panic, Chris Thile, Willie Nelson, Chester Thompson, Garth Brooks, Van Morrison, J.D 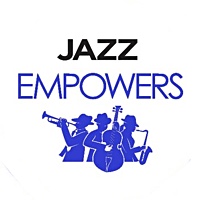 Jazz Empowers, a national nonprofit bringing jazz programs to students in underserved schools, announced the founding of their advisory board. The advisory board is comprised of some of the top jazz musicians in the world and will provide expert advice to Jazz Empowers staff as they continue to develop best practices in teaching students jazz. The ...

Meet Jeff Reed Jeff Reed is an acoustic bassist, electric bassist, composer, and educator residing in jny: Baltimore, MD. One of the most in-demand sidemen in the area, Jeff has performed extensively throughout the United States and throughout the world. As a sideman, Reed frequently works with bass vibraphonist Warren Wolf, trumpeter Sean Jones, and bass ...

We salute the late Bob Dorough, play a game, celebrate Newk with Miles from 1954, and have Tatum and Bud face off on “Yesterdays." There's recent music and a few gems from the vault, too. Enjoy the show. Playlist Carl Allen, Rodney Whitaker “What's Going On" from Work To Do (Mack Avenue) 00:00 Jeff ...

Saxophonist/flautist and 2011 NEA Jazz Master David Liebman knows of what he speaks when he speaks of Miles Davis. He was part of the pack stirring the rock/jazz/electronic/funk fusion cauldron, first working with Elvin Jones and then running with Davis in the studio--first appearing on the original On The Corner, (Columbia, 1972)--and on tour from 1972 ...

Danish percussionist and drummer Marilyn Mazur has worked with some of the greats--Miles Davis, Wayne Shorter, Gil Evans, Jan Garbarek--but her latest project is unlike anything previously. She's assembled an ensemble of top women musicians from Scandinavia for her new Shamania release. It's a highlight of this episode of One Man's Jazz, and so is the ...

The idea is easy to dismiss at first glance. This is roughly the 127th Miles Davis homage to come along since tribute recordings became a widespread thing. It took a long time for the original On the Corner (Columbia, 1972) to gain acceptance with its thick relentless jungle-funk and lack of conventional melody, but it gradually ...

When the Miles Davis album On the Corner (Columbia, 1972) was released, Davis had already begun to engage in electronic instrumentation and jazz fusion with soon to be revered recordings: In A Silent Way (Columbia, 1969), Bitch's Brew (Columbia, 1970) and Jack Johnson (Columbia, 1971). On the Corner, however, was so experimental and funky that it ...

In Orbit: in Orbit

In Orbit--the group, the song and the album--have a groovy 70s retro kind of feel, crashing chords, melody and dissonance, all to a disco beat. High on energy, with an emphasis on danceable grooves, In Orbit is a cross-border group with a core of Canadian guitarist Michael Occhipinti and American saxophonist Jeff Coffin, who ...