In the next step of his evolution as a pioneering jazz figure, French trumpeter Erik Truffaz continues his exploration of modern dance rhythms informed by drum ‘n’ bass and hip hop as well as gripping rock ‘n’ roll with his quartet on The Walk of the Giant Turtle. This CD is Truffaz’s fourth U.S. release, following up last year’s remarkable Mantis, and featuring a video on the making of the album. Joining Truffaz on the new disc are his long-time quartet, Patrick Muller on piano and electronic keyboards, Marcello Giuliani on bass and Marc Erbetta on drums. In a European interview Truffaz said that The Walk of the Giant Turtle (recorded in Lausanne in January 2003 and mixed in Paris) was based on ensemble improvisation

Even if ghost tracks existed well before the invention of the compact disc, they certainly became a less rare occurrence in the era of the silver disc. So, if you belong to the CD-generation, you are certainly familiar with the sense of surprise and joy that comes at the end of an album when, as you ... 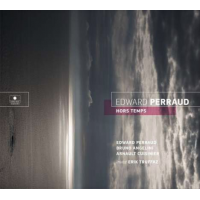 Music does not have the power to right the wrongs of the world, but when it works its magic, it can soothe troubled souls and uplift battered spirits like few other things. Lebanese bassist/composer Makram Aboul Hosn's second album, Transmigration (Self Produced, 2021) is proof of that. It is a fine album, steeped in ...

Created on the initiative of its leader, composer and guitarist Vincent D. Perreault, TERTIO is a Jazz- Rock band from Montréal which has recently taken the jazz scene by storm. The members of the band are all active on the local, national and international jazz scene, playing as sidemen with such renowned artists as Susie Arioli, Sophie Milman, Parc-X trio, Cecile Doo-Kingué and Elage Diouf. Tertio's eponymous debut EP was released in June, 2015 on Montreal label Multiple Chords Music (MCM). Since then the band has played a wide variety of venues in both Quebec and Ontario, presenting their adventurous material to enthusiastic and rapt audiences

October 5th marked the start of the 2018 edition of Jazz Sur Son 31 in jny:Toulouse and its neighbouring towns. If jazz is part of Toulouse's DNA, a good reminder of this comes from the legacy of one the city's most popular artists, the singer Claude Nougaro who immortalised his hometown in the ballad “O Toulouse." ... 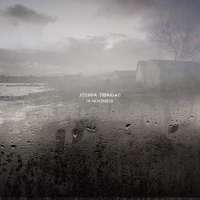