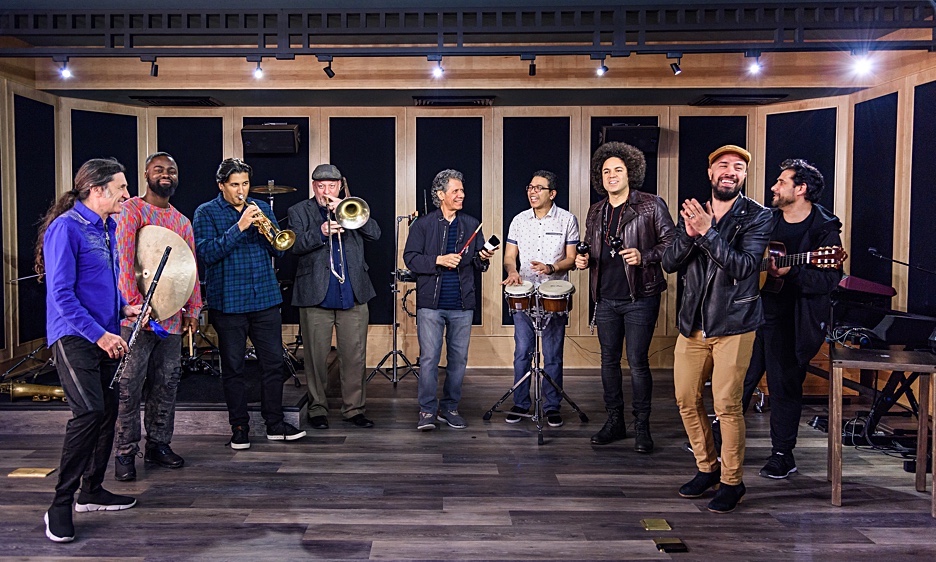 The basic thing I judge as a criteria is the fun factor. Fortunately, all the projects that I do are a lot of fun.
&#151Chick Corea

Chick Corea is a musical icon, having amassed a career that runs through most styles of jazz and has veered off into classical experiments as a well. Freedom of expression is always being at the core.

His amazing musical journey—over five decades as a solo artist—has had him rubbing elbows with some of the best musicians in history—Stan Getz to Sarah Vaughan. Herbie Hancock John McLaughlin, Roy Haynes, Joe Henderson, Gary Burton and so many more. In the 1970s, as a young piano firebrand in great bands of Miles Davis, (replacing Hancock) he started experimenting with electronics and over the years became a master. His Return to Forever band is one the most revered in jazz-rock fusion annals. The virtuoso is an NEA Jazz Master, 22-time Grammy winner and fourth-most-nominated artist in the history of the Grammys, with 63 nominations.

Not hardly. A new band he put together last year, called the Spanish Heart Band, has his juices flowing even more. The new album is Antidote. Making the record and touring with the group is one of the highlights of his career, he says. And while the group won't be touring for the rest of this year—Corea is involved in projects with some of his other fantastic bands—he plans to make it a focus of 2020. The fires were stoked when the Spanish Heart Band toured Europe earlier this year.

"We had one of the most fun, successful European tours I've ever done," says Corea. "It was over-the-top amazing, I have to say. The band really played great and the audiences were responding fantastic. The shows got longer and longer. We ended up playing two-and-a-half to three-hour shows when there was no curfew. With so many great musicians in the band it became kind of a show. Each guy was able to get featured. The dancer came out a few times. Even though it was a nine-piece band, it has this great rapport. It was a blast. A lot of fun. That's why I want to continue to do it again. We're already planning something for the U.S. For next summer."

The album has selections from Touchstone, a 1982 Corea recording, and the title cut from My Spanish Heart. There's also original music and compositions by Antonio Carlos Jobim, Paco de Lucia and Igor Stravinsky. Corea says Antidote is a musical cure, of sorts, for the polarizing times in the world today, bringing together artists from diverse cultures to make impactful music. Corea wrote a lyric to the title cut.

Spanish flavored music has been a part of Corea's thing since his beginnings as a young pianist growing up near Boston. An early gig was with Cuban- born percussionist Mongo Santamaria. In New York, he heard people like Tito Puente and Eddie Palmieri. In 1972, he debuted his well-known composition, "Spain," inspired by Joaquin Rodrigo's "Concierto de Aranjuez."

"I grew up with my dad's record collection and his tastes were the jazz of that era. Charlie Parker and Dizzy Gillespie. Bud Powell. I grew up loving it and I wanted to learn how to play that way," he recalls. "Then halfway through high school, I was offered a job in a Latin group in the Boston area. I did a couple gigs with a Portuguese trumpeter. There was timbales and congas. We played for dancers and it bought a new awareness to me about making music for people to dance and have fun. It was a diametrically opposite way than what I learned from the bebop era, which was cool and intimate and wild— but for listening. It opened me up, man. I started to gravitate to that kind of groove, that kind of music and that kind of musician.

"Music and art are the place where a person can create and use his imagination. It doesn't have to be confined to dancing, for me. But bringing in that element really widened my palate and ways to express myself."

The Antidote project started as an idea for a summer tour about a year ago, says Corea. "Returning to the European jazz festivals every year, it's nice to bring some variety and something different. It's an idea I had for awhile... taking an album that I did that the audience remembers and using that as a pivot point. I chose My Spanish Heart from the '70s. Rather than just play the album, I took the spirit of Spanish, Afro-Cuban music, Latino music. I took that feel that I love with a rhythm section I already was working with. Luisito Quintero on percussion and Carlitos on bass and Marcus Gilmore on drums. I expanded that and we stared putting a tour together. When I built the band and invited the Spaniards, Niño Josele and Jorge Pardo, then I brought in Nino de los Reyes, the dancer, because we had worked together at my birthday party at the Blue Note (in New York). I really liked the excitement he brought to the stage."

He chose Rodriguez and Davis as the horn players.

"Everyone pretty quickly agreed they'd like to do the tour. I had this magnificent group of musicians and I thought it would be great opportunity to record something in the studio before the tour. I jumped on it and started writing the arrangements and putting it together. We recorded at my old Mad Hatter Studios last February. The idea to put vocals in was something new for me recently. I used to love to have vocals with the band in the '70s. But then I hadn't done much with vocalists since then.

When I wrote the tune 'Antidote,' it begged for lyrics, so I wrote a set of lyrics. I had just me Ruben Blades earlier that year, who sat in with my rhythm section. I thought it would be a nice fit if he could make it. It all came together very nicely. The record became a huge focus for me. I'm proud of it. I'm happy with the band. The band is so killin' that I want to do more with them next year and the following year."

Among the selections is "Armando's Rhumba," a remake of a tune he penned long ago. (Chick was born Armondo Anthony Corea). "Yellow Nimbus," written as a duet for Corea and de Lucía years ago and guitarist Josele takes on de Lucia's role. "Zyryab" is a de Lucia composition and "Pas de Deux," a piece from Stravinsky's ballet "The Fairy's Kiss." Jobim's classic "Desafinado," features vocals by Maria Bianca.

Corea says he doesn't pay attention to reviews of his work. His perspective on its popularity comes from the nightly performances. "The audiences are smiling and loving it. That I can see in front of my eyes. I don't read reviews that much, but I think it's been getting a lot of attention, which I'm happy about. I'd like people to hear it. I'm pleased with the result."

He also won't compare this band he loves with other renowned bands and projects he has been fortunate enough to be a part of. "Each one is so individual and so much itself that there is no comparing. The basic thing I judge as a criteria is the fun factor. Fortunately, all the projects that I do are a lot of fun. I work with great musicians, all of them beautiful people. They're all my friends. Each situation is different."

Before he gets back to the Spanish Heart Band, Corea has a busy fall. Included is his Trilogy trio, with Brian Blade and Christian McBride. "It's a completely different set of music. A different vibe. A different everything. But fantastic, also. To keep a balance, I like the variety of a lot of different musical projects." The Elektric and Akoustic bands are doing short tours in Tokyo. "A couple sets with the Akoustic band, John Patitucci and Dave Weckl. Just one set with the Elektric band. All the original members John (Patitucci), Eric Marienthal, Frank Gambale. That band is special. We made seven or eight recordings together. We toured all over the world for many years. The band keeps together as a group without any kind of leadership needed. 'Hey, when's the next gig?' It's always a joy with those guys."

As if that's not enough, Corea will play a piano concerto of Gershwin's "Rhapsody in Blue" with the Seattle Symphony and the Portland Symphony. He is also going to Oman (on the southeastern coast of the Arabian Peninsula in Western Asia) to play a piano concerto toward the end of his 2019 activities. "I'm also composing a trombone concerto for Joe Alessi, the principal trombone of the New York Philharmonic Orchestra. For him and the Philharmonic. He's an amazing trombonist who's been the principal trombone for 30 years or more. That's an exciting prospect for me, to compose for the New York Philharmonic," he adds.

Fans will continue to enjoy performances by the maestro as long as it can happen.

"Touring has its challenges, in terms of travel, but the thing that we're out there doing—playing for people and bringing smiles and creating new things all the time— there's nothing like that. It's the best experience that I know... I don't know what else there is to do in life, aside from that, man. I do love it." 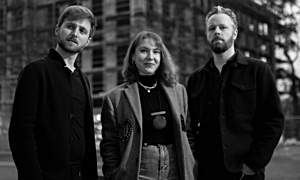 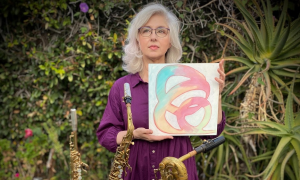