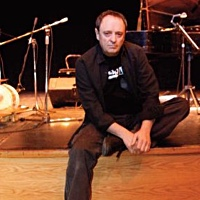 Born in Thessaloniki, Greece, he started with music since his childhood, playing drums. During his adolesence he discovered the guitar and started taking courses with a teacher. After graduating from high school, he went to Italy and got an A+ degree in Architecture from the University of Florence. There he met and made friends with Kyriakos Tzorginakis and Antonis Papadakis (Avaton), a group that explores new ways of musical expression. They indulged together in the secrets of guitar and they broadened their musical horizons in Italy, which was always included in the tours of important rock groups and of many prominent jazz musicians.

Theodor Mirisclavos has taken part in various groups of improvised music and has experienced important events. He completed his post-graduate studies in the Milan Polytechnic University and returned to Greece. From 1980 to 1986 he studied classical guitar at the National Conservatory, in the class of his friend Tzorginakis. In Thessaloniki he attends theory courses at the Contermporary Conservatory and the Musical College.

Next to music, he also deals with photography and receives a first prize in a national contest. In 1990 he takes part in a national composition contest, organised by the Ministry of Culture, where his work Roxane, for violin and guitar, receives an award and distinction. In 1994 his work Reflection—seven pieces for piano- receives an award in a contest for the composition of educational works for piano, organised by the Macedonian Conservatory.

He is a member of the Union of Greek Composers since July 1994. Two years later, he writes one of his most inpired works, The Cycle of Night, 4 piano nocturnos. This work is interpreted by Vassilis Tsabropoulos in the hall of the Hellenic American Union in Athens and is retransmitted live through the 3rd Programme of the state radio. The work is also performed in Athens and Thessaloniki. In 2000 he presents Polymorphia, a work for piano, cello and violin, in the International Music Days. During the same period, he composes the Trilogy, also for trio. All these works belong to the contemporary music of the 20th century. Tropical in 2003 marks an opening to other musical forms. Written for a band (piano, bass, drums and electric guitar), it incorporates jazz and ethnic elements. During the same period, he presents the Zeymbekiko (a traditional Greek dance), a personal learned version based on this dance, of a particular inspiration. This work has featured many times in Lola Totsiou's repertoire. Then come 10 jazz compositions, with lyrics and interpretation by Loukia Paleologou. This work was not presented to the public, but it was recorded in demo. Finally, in February 2005, at the concert of the Union of Greek Composers, he presents After Midnight, three works for piano, with more classical forms, interpreted by Vicky Stylianou.

In March 2008 he presented for the first time MEDITERRANEAN, a work for piano, violin, percussion and electronics. After several successful concerts, the work was recorded and published on CD by Polytropon Records, with Lola Totsiou (piano), Kyriakos Gouventas (violin), Kostas Theodorou (percussion) and Theodor on the electronics. This work was welcomed with excellent criticism by the written and the electronic press, as well as by radio broadcasts.

On 18 March 2010, at the Philippos Nakas Odeon in Athens, there will be a presentation of 2065, a work for trombone, violin, viola, cello and contrabass, commissioned by the Union of Greek Composers. On 3 May 2010, at the Thessaloniki Concert Hall, there will be the first performance of PTOSIS, a work for piano, violin-viola, 2 percussionist, voice and electronics. Show less 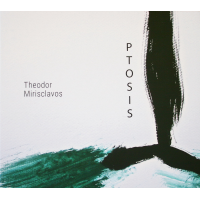 From: PTOSIS
By Theodor Mirisclavos

Dance of the snake

In the Realms of Fantasy

All About Jazz musician pages are maintained by musicians, publicists and trusted members like you. Interested? Tell us why you would like to improve the Theodor Mirisclavos musician page.