Rubén Blades was born in a rooming house in a small Latin American country, but he refused to see limitations or barriers; his work has crossed geopolitical borders, cultures, and genres, and has made an impact throughout the world. He has won 17 Grammy and Latin Grammy Awards, and this year returns to star in the AMC television series Fear the Walking Dead.

As a composer and vocalist, Blades is one of the most successful artists in Latin music. His landmark albums in classic Afro-Cuban salsa are touched with rock, jazz, pan-Latin, and worldwide influences. His 2017 album Salsa Big Bandwas named the Latin Grammy Album of the Year. Blades has collaborated with rock, jazz, pop, hip-hop, reggaeton, and salsa artists, and has composed hundreds of songs and dozens of hits, known for their eloquent, socially charged lyrics, colorful characters, and memorable melodies. ASCAP honored him with its Founders Award, and the Grammy Recording Academy with its Heroes Award. He is the subject of the 2018 award-winning documentary Yo No Me Llamo Rubén Bladesdirected by Abner Benaim.

In addition to his music, he was recently seen starring in Hands Of Stoneopposite Robert De Niro, Edgar Ramirez and John Turturro, and in Safe Houseopposite Denzel Washington and Ryan Reynolds. Blades has played memorable roles in films with such acclaimed directors as Robert Redford in The Milagro Beanfield War, Robert Rodriguez in Once Upon a Time in Mexico, Spike Lee in Mo’ Better Blues, Alan Pakula in The Devil’s Own, and Jack Nicholson in The Two Jakes. He was nominated for three Emmys for his roles in the television movies The Josephine Baker Story, Crazy From The Heart, and The Maldonado Miracle. His work in over 35 films and documentaries also won Blades a Cable ACE Award, plus Independent Spirit and ALMA Awards. The Hispanic Organization of Latin Actors honored him with its Raúl Juliá HOLA Founders Award, and the Hispanic Heritage Foundation honored him with its Arts Award.

Beyond Blades’ artistic success, he holds degrees in political science and law from the University of Panama, and an LLM from Harvard Graduate Law School. The Loeb Music Library at Harvard University formed The Rubén Blades Archives in 2008 to collect his work and papers. He has received Honorary Doctorate degrees from Berkeley University in California (Chicano Studies), Lehman College in the Bronx (Humanities) and the Berklee College of Music in Boston (Music). In 2006 the president of Chile awarded Blades the Pablo Neruda Order of Cultural Merit, and in 2010 the president of Ecuador honored him with their Orden Nacional al Mérito Cultural. New York University Steinhardt has appointed him Scholar in Residence for the 2018/2019 academic year.

Blades has always had an eye for political activism. In 1994 he formed a political party, Movimiento Papa Egoró (“Mother Earth” in the indigenous Embera language), and ran for President of the Republic of Panama, coming in third place with 18% of the vote. In 2000 Blades was named U.N. World Ambassador Against Racism. From 2004-2009 he served as his country’s Minister of Tourism.

He says he has “more past than future” - but he’s not done yet. Show less

Made In America 9/11 Benefit Concert To Highlight Classic Never Before... 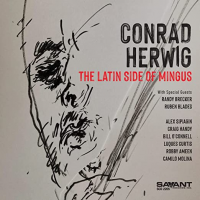 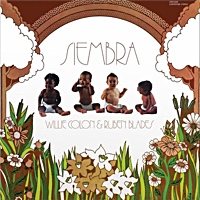 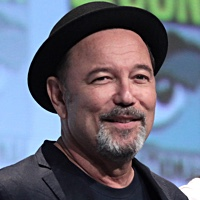 All About Jazz musician pages are maintained by musicians, publicists and trusted members like you. Interested? Tell us why you would like to improve the Rubén Blades musician page.