Paco De Lucia revolutionized flamenco guitar playing, and contributed to the renewal of flamenco by integrating sounds and instruments from other forms of music. He is the premier flamenco guitarist in Spain, Paco de Lucia.

Francisco Sánchez Gómez was born in Algeciras, a city in the province of Cádiz, in the Southernmost tip of Spain on December 21st, 1947. His stage name is homage to his mother Lucia Gómez. In 1958, at only age 11, de Lucia made his first public appearance and a year later he was awarded a special prize in the Jerez flamenco competition. At 14 he was touring with the flamenco troupe of dancer Jose Greco. He worked with Greco for three seasons; it was while on tour with Greco in the United States that he met the great Sabicas, an influential guitarist, who encouraged him to pursue a more personal style. Back in Spain, he joined Festival Flamenco Gitano, an annual flamenco showcase tour that lasted for seven years. He recorded his first album in 1964, at the age of 18

After his first solo record, success arrived in 1967 with “La Fabulosa Guitarra de Paco de Lucia.” With this record de Lucia began to distance himself from the influence of past masters and by “Fantasia Flamenca,” recorded in 1969, he had defined his own style. His superb technique was displayed in well structured pieces that departed from the flamenco tradition of theme and variations.

In 1968, he met Camarón de la Isla, one of the premier flamenco singers. Their association has been chronicled on more than 10 records. Paco de Lucia's new style became more evident in “El Duende Flamenco,” (1972) “Fuente Y Caudal,” (1973) (which included the hit “Entre Dos Aguas”) and “Almoraima” (1976) which some consider a masterpiece. They were followed by “Paco de Lucia Interpreta a Manuel de Falla,”(1980), a superb tribute to the classical composer who was an admirer of flamenco music, and, in 1981, “Solo Quiero Caminar.”

He has been criticized by flamenco die hards for his forays into other styles (his own sextet, organized in 1981), includes bass, drums, and saxophone) and his high profile collaborations, especially with jazz musicians, most notably with pianist Chick Corea and fellow guitarist John McLaughlin, Larry Coryell and Al DiMeola. But the often dazzling results of these collaborations have been documented in several releases including the guitar trio albums “Castro Marin,” (1979) “Passion Grace and Fire,” (1982) and “Friday Night in San Francisco.” (1981) He has also recorded soundtracks for several Spanish films.He is also credited for introducing the Peruvian cajon into flamenco, as he brought one back to Spain after his many travels worldwide.The cajon is now becoming more noticable with the new generation of players.

However, as if to make a point, de Lucia returned to pure flamenco with a vengeance in the spectacular “Siroco,” (1987) a brilliant summations of his style, and then zigzagged back towards fusion with “Zyryab,”(1990) which featured his sextet augmented by pianist Chick Corea. In fact, their album “Potro de Rabia y Miel,” (1991), the first by them since 1984, was perhaps the last release by Camarón de la Isla, who died in 1992. In 1992 he did a sensational rendition of the Spanish classic “Concierto de Aranjuez, Live,” also available on DVD. This really showcases the guitar virtuoso in a masterpiece performance.”Luiza” recorded in 1998 is a loving tribute to his mother who had passed. The album reflects flavors of flamenco and jazz. From “Rio De La Miel,” to the complex “Calle Municion,” the album flows between experimentation and tradition.

Paco de Lucia's ample recording history, which includes over twenty records without taking guest appearances into account, bore its latest fruit in 2004 with the record “Cositas Buenas”. Moreover, with the record “Tú, Ven a Mi” by the young cantaora La Tana, which appeared in 2005, he appears to have recovered his facet as a producer, which he had abandoned in 1992 after “Potro de rabia y miel” by Camarón. In 2004, Paco de Lucia won the 2004 Prince of Asturias award of the Arts. This is the most important and prestigious award of its kind given in Spain

“The training ground for a flamenco guitarist,” de Lucia once said, “is the music around you, made by people you see, the people you make music with. You learn it from your family, from your friends, in la juerga (the party) drinking. And then you work on technique. Guitarists do not need to study. And, as it is with any music, the great ones will spend some time working with the young players who show special talent. You must understand that a Gypsy's life is a life of anarchy. That is a reason why the way of flamenco music is a way without discipline, as you know it. We don't try to organize things with our minds; we don't go to school to find out. We just live... music is everywhere in our lives.” Show less 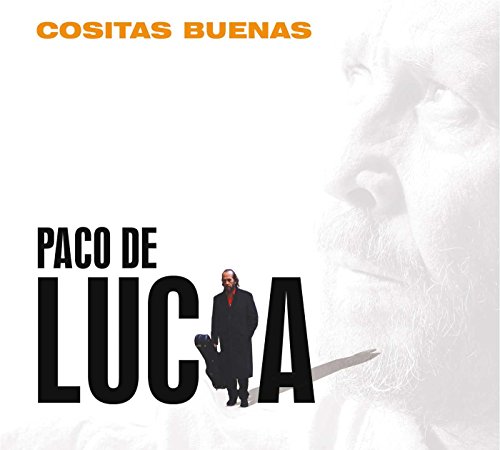 All About Jazz musician pages are maintained by musicians, publicists and trusted members like you. Interested? Tell us why you would like to improve the Paco de Lucia musician page.