Advertise
7
Catching Up With 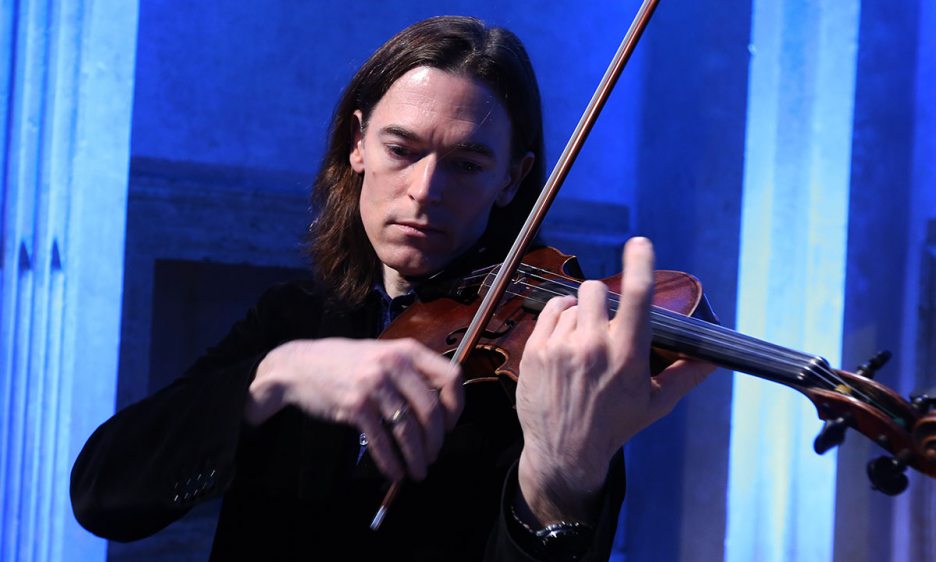 By Angelo Leonardi
September 12, 2018
Sign in to view read count
Best known for his work with Snarky Puppy, Zach Brock is among the most creative violinists of his generation. Zach Brock is bringing the violin back to center stage. Influenced by European masters of the seventies like Jean-Luc Ponty, Zbigniew Seifert, Didier Lockwood, Brock has widened his perspective from modern jazz to rock, finding a synthesis that connects classical precision with a strong melodic sense and remarkable improvisational skills. Brock has recorded and toured with the likes of Stanley Clarke and Phil Markowitz, in addition to releasing ten albums as a leader.

All About Jazz: You are the latest link in the chain of great jazz violinists. How do you feel about your role?

Zach Brock: I am proud of being part of this tradition. As time goes by, I have been re-investigating the past from a different perspective. I have been able to connect to past masters by looking at them as innovators of their respective musical eras. There have been a few geniuses of the violin since the beginning of recorded jazz and we're all standing on their shoulders.

AAJ: You have a special connection with the music of Zbigniew Seifert, the great polish violinist who died, still young, in 1979. He recorded few and forgotten albums, mainly in communist Poland. Only a handful of people remember him. How did you find out about his music?

ZB: I grew up in Lexington, Kentucky in the pre-internet era so what I was aware of musically was only through my parents, teachers, and friends. When I was in high school a close friend of mine and great improvising cellist, Alex Bingcang, found a Verve compilation CD entitled Jazz-Club Violin. This was the first time that I was able to hear the young (pre-fusion) Jean-Luc Ponty as well as Didier Lockwood, Zbigniew Seifert, and others. Seifert's selection was the beautiful and mysterious "Stillness" from Man of the Light. It would take me another ten years, even after the dawn of the internet, to find a copy of Seifert's Passion LP in the used bin of the Jazz Record Mart in Chicago.

AAJ: What about Jean-Luc Ponty, Jerry Goodman or Didier Lockwood?

ZB: I'm a huge fan of all of those players and have done a lot of transcribing of their solos over the years. For me, Jean-Luc is—and will always be—"Le Roy du Violon" [Ed.: the king of violin]. He is also responsible for my introduction to Stanley Clarke and I remain grateful beyond words for having had that opportunity.

AAJ: What other musicians have inspired you?

ZB: So many! I'm inspired on a weekly basis. Sometimes it is too much and I have to isolate myself to focus on working out my own ideas. At first I was inspired by Stephane Grappelli. As I started playing more and going to jam sessions I became interested in the musicians associated with the new music I was learning. People like Sonny Rollins, Clifford Brown, John Coltrane, Miles Davis, Bill Evans, etc. I'm also a huge fan of Jimi Hendrix, David Oistrakh, Radiohead, Paolo Conte, and on and on...

AAJ: What are the contemporary violinists you admire the most?

AAJ: You grew up in a family of musicians. What are your earliest musical memories?

ZB: My earliest memories of music involve me lying under the piano bench while my Mom sang and played, and of local musicians coming over to our house to rehearse with my Dad. My Grandfather owned a music store and I went there often after school. There were always young guitar players "pickin' and grinning" as we say in Kentucky. I started violin at age four and started choir at age seven. Music has always been both social and vocational for me.

AAJ: What kind of music did you listen to as a kid? How did you get into jazz?

ZB: I listened to a lot of the great classical violinists and their repertoire, especially Perlman and Zuckerman, as well as German Lieder, medieval and renaissance music (my Mom's specialty), and Appalachian folk music. My Dad was a jazz trumpet player with a special affinity for Chet Baker when he was in high school but he was really into folk music and bluegrass when I was growing up. He played guitar and sang and we had a family trio with my Mom. However, there was always jazz playing on the record player or on the radio. My Dad started getting back into trumpet when I was ten and he started buying me records by Grappelli, Venuti, and Ponty. That was my entry point into jazz.

AAJ: When you were in your sophomore year in college, you suffered a serious car accident that sidelined you for three years. What was your reaction? What impact did it have on your future life?

ZB: It took me even longer to get back on my feet. By the time I was physically able to return to college I had decided that I wanted to start a career in jazz. My teacher, Dr. Myron Kartman, was always supportive of my violin playing in all contexts and he helped me, for the better part of a decade, to continue my formal studies while seeking instruction in jazz. He is a very passionate and patient teacher.

AAJ: Was it tough to move to New York? What was your experience in New York like?

ZB: The first year was a rush. The second year brought despair. The third brought affirmation.

AAJ: Let's talk about Phil Markowitz. What did you learn from him? Do you feel your musical relationship has changed over the years?

ZB: I met Phil at the Deer Head Inn and his playing blew me away. We had an immediate musical simpathy. I sought him out for some lessons a few years later at the recommendation of the great pianist and composer Bobby Avey. I was looking for some guidance in organizing my musical concepts and approach to practice and I found it studying with him. After a few lessons we started exploring compositional approaches for violin and piano and that's when we formed our partnership.

AAJ: You studied with Pat Martino. What was his approach to teaching? Can you recall any memories about that learning experience?

ZB: I had a lesson with Pat at the Summer Jazz Institute at Skidmore College when I was in my twenties. He had been a hero of mine since I discovered his album Consciousness. He teaches a unique concept of dividing the fretboard/fingerboard of a stringed instrument into visual patterns using symmetrical scales. It totally changed how I approach the violin in a harmonic way. He also gave me some sage advice, which was that, if I wanted to play modern jazz on the violin, I would need to become a bandleader. It was a tremendously important lesson for me.

AAJ: Did you have any dark times in your musical life?

ZB: Never. Only in my personal life. Sometimes it can be difficult to pinpoint where the darkness is really coming from but music has always helped me to find it and face it. Of course, I've experienced difficulties in my career and musical relationships, but none that ever caused me to lose faith.

AAJ: In terms of your playing, I've always been impressed with your sensitivity and the virtuosic understatement that underlies all your work. In your eyes, how has your playing evolved over the years?

ZB: Thank you. That is very nice to hear. I have a lot more information nowadays. When I was starting out I really didn't know what I was doing. I had passion and a sense of an aesthetic that I wanted to develop but I had no formal jazz training. Now I might have too much? Certainly more than one lifetime's worth if I hope to master the concepts. I remain open to learning as much as possible and to expanding my musical universe but I'm being more selective about what I try to develop.

AAJ: What are some of your own favorite albums?

ZB: I have a difficult time listening to my own recordings, as many musicians do, but I'm still fond of The Magic Number and Perpetuity. I put a lot into both of those albums and the result still surprises me. There are things that I love about my Coffee Achievers records and the ones I did for Criss Cross, and it is mostly the playing of the other musicians. I've been incredibly fortunate to record with some of the greatest players on earth.

AAJ: Can you talk about your experience with Snarky Puppy?

ZB: I've known Michael League since the early 2000s. It's hard to be succinct when talking about the Pups. It's a special and strangely functional family. A mysterious sonic recipe. Mike is one of the few bandleaders who really understands my musical voice and lets me shine in my own way. I've played with Snarky Puppy since we outnumbered the audience four to one and it is the only band I've ever played with that experienced such an explosion in popularity. It's been a wild ride so far.

ZB: I have a couple of new records planned for release this year, as well as some new videos. We're also doing a new Snarky Puppy record. I have a lot of unrealized dreams. My biggest dream is to be able to do a world tour of my own music and to be able to bring my wife and daughters along for the experience.