Paolo Conte was born in Asti in 1937. When he was only a young boy, he began to cultivate what today remain his great passions: American jazz and the figurative arts.He started writing songs at an early age, at first with his brother, Giorgio, and later on his own. He was inspired not only by everyday life, but also by cinema and literature.

In the mid sixties, his highly original style became popular through the voices of the most famous performers of the day: "La coppia più bella del mondo" and "Azzurro" were sung by Celentano, "Insieme a te non ci sto più" by Caterina Caselli, "Tripoli 69" by Patty Pravo, "Messico e nuvole" by Enzo Jannacci, "Genova per noi" and "Onda su onda" by Bruno Lauzi, to name but a few. In 1974 an album entitled "Paolo Conte" was released, followed by another the following year with the same title. They represent his debut as a performer of his own songs.

It was only in 1979 with the acclaimed "Un gelato al limon" that the public really began to get to know and appreciate Paolo Conte. In 1981, the release of "Paris Milonga" was marked by an entire day dedicated to his work, organized by Club Tenco in Sanremo. In 1982, "Appunti di viaggio" was released, while in 1984 Conte made another album entitled Paolo Conte, which brought him international fame and the chance to tour abroad. The fruit of this European tour is the live record entitled "Concerti".

1987 was the year of a new project, "Aguaplano", a double album followed by a world tour (France as usual, but also Holland, Germany, Austria, and even the United States), and performances at all of the most important jazz festivals worldwide. After a break, interrupted only by the release of a new live album "Paolo Conte live", he produced what is considered to be one of his most outstanding albums, "Parole d'amore scritte a macchina", which reveals a previously unseen side of the singer-songwriter, full of new musical ideas.

With "Novecento" in 1992, he returned to his classic style, while in 1995 he released the most mature album of his career, "Una faccia in prestito", brilliantly produced with the support of a first-class team of professional musicians. The 1996 album, "Best di Paolo Conte" was released not only in the usual countries, but also, for the first time, in the United States.

His 1998 American tour was a great success.

During that year, "Tournée 2" was released as a follow-up to his first live album, and includes songs never previously recorded in live versions. In the year 2000, Conte completed "RazMataz", a project he had been dreaming of for more than twenty years: a sort of musical set in Paris in the Twenties combining old Europe and black music. April 2003 saw the worldwide release of "Reveries", the album containing 16 classics by Paolo Conte, 12 of which newly arranged and recorded. Show less 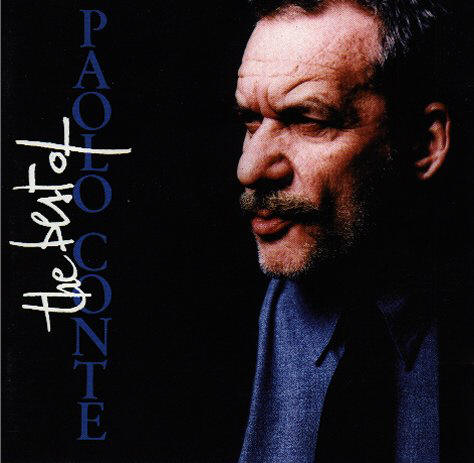 The Best of Paolo...

All About Jazz musician pages are maintained by musicians, publicists and trusted members like you. Interested? Tell us why you would like to improve the Paolo Conte musician page.