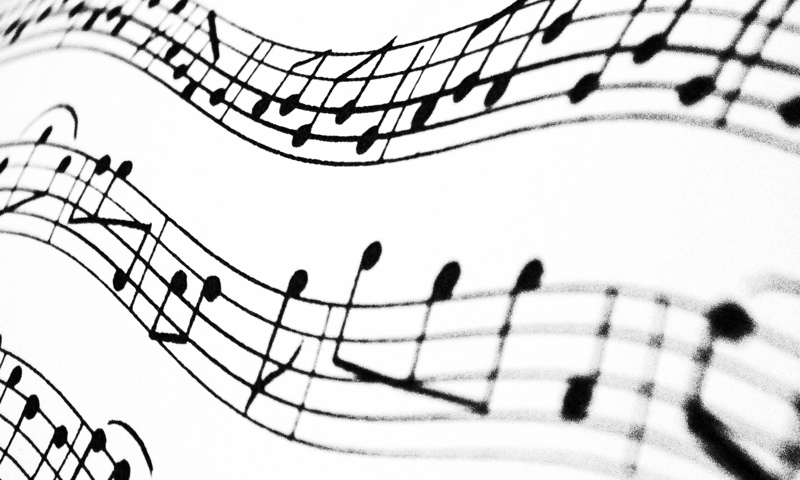 By DOM MINASI
July 15, 2014
Sign in to view read count
I began studying the guitar when I was seven years old. I hated my teacher and I didn't practice much, but when I changed teachers' and I went to Joe Geneli, I regained a love for the guitar that I first had when I was four years old when I first saw Roy Rogers sing and play. It was with Joe that I began to practice. I found an hour a day was sufficient, but as I got older and the music he gave became harder, I practiced longer.

When I was fourteen I switched to Sal Salvador. Sal was pretty well known in the fifties and sixties and it was the right move for where I was as a guitarist. Sal gave me a slew of books, which included the Arbans Trumpet Method, Johnny Smith Aides to Technique and many more. My practice routine during the school year went up to five to six hours a day. I would practice early in the morning before school. Two hours after, break for homework, sports and dinner and resume practicing at about 8:30pm. During the summers I was practicing up to twelve hours a day. I wanted to be as good if not better than Johnny Smith or Wes Montgomery or any of the greats of that day. As I got older my points of reference became John Coltrane, Eric Dolphy, Thelonius Monk, Cecil Taylor, Albert Ayler and all the players that moved me.

Through all of this, not one teacher taught me how to improvise or explained advanced harmony and theory. I took this upon myself to learn and it was part of my practice routine along with learning tunes and chord melodies.

When I became a full time musician and worked six nights a week till 4 AM in the morning, I would practice five to six hours before going to work. In 1963 with the emergence of the Beatles, every kid wanted to play guitar. Before you know it I had 110 students. It took away from my practicing, but I managed to get a couple of hours in before my teaching began and I always played with the students.

I'm 71 now and I still practice some days more than others. Through the years there were times when I felt I needed to go to another level and I would put in eight hours per if I had the time. And it's still the same. If I feel I need to get to another level, I go back to practicing longer hours.

I also spend a lot of time focusing on music. What I mean by that is, I hear music all the time in my head. I mentally practice all the time and before I re-harmonize or arrange a standard, or compose, I think about it and hear it first, so when I'm ready, it just flows through me. The same goes for writing this article. I thought about it for a long time and now the words are flowing on to the paper.

While I was thinking about this article, I thought it would be a good idea to contact some of my friends and see if they felt the same as I did. I asked only two questions:

1. Do you still practice and how much?
2. What do you practice?

I contacted a lot of musicians never expecting such a response. If everyone had answered me, this would have been a book instead of an article. Some answers were short and some were extremely long and some were hilarious.

I was amazed by some of the answers and I think you will be too.

Some of the artists are famous and some you may not have heard of, but that really doesn't matter. What matters is the dedication. I am truly touched and very hopeful for the future of jazz by these responses.

I placed the answers and artists under instrumental category. Because I am a guitarist and know a lot of guitar players, I posted the guitarists' comments last.

Who's got time to practice? Actually, for that very reason, I just resigned from Purchase Conservatory. Been taking up too much of my time for practicing, composing and booking the trio as well as having any kind of personal life. Keeping my Monday New School gig though.

This is my practicing methodology: I usually avoid it as much as possible. I get up and check my emails & respond. Make some calls, fix some shit around the house, go to the bank & post office, do the day's grocery shopping. Get back home, have a late lunch, take a nap, get up and watch MSNBC news while making dinner, watch my favorite TV shows that night, read a book while the ads are on, by that time it's around 11 or 12 pm and I sit there wondering what I can do next and all of sudden it occurs to me "PLAY THE PIANO!" I go to the piano and just start and what ever problem I stumble into I deal with and the next thing I know it's 2 am and I go to bed.

I practice whenever I get a chance.Unfortunately that is normally not every day. Lately my practice time is taken up by:

1. Working on tango music (I am currently in the Asheville Tango Orchestra);

2. Working on my own compositions;

Today I worked on a bunch of lesser-known Antonio Carlos Jobim tunes. Last month I was working on some old blues and ragtime composers. Always like to study Bach (preludes and fugues and chorales). I have been working on a Hermeto tune lately.

4. Taking an on line course out of England in arranging for orchestra.I also have been studying how to arrange for accordion and bandoneon.

5. I like to sight-read music, both classical and jazz. Wish I had more time to practice but most of my time is spent working or trying to get work. Lots of time spent at the computer and teaching.

I practice an hour or two every day. Hanon and Czerny exercises when needed. Repertoire, soloing over rhythm changes and blues changes with a half step modulation on each chorus, so much on an old tune, so much on a new tune, stuff to get ready for an upcoming performance, so much time on investigative work, so much time analyzing stuff I have heard on recordings that I like, what ever I feel is necessary for my own growth and accomplishment.

The short answer is yes I still practice. How much varies. I have a disabled child so my time is not like it used to be. I'd say I always get in at least an hour on days when I'm working and up to 3 to 4 (and even more sometimes) on days when my daughter is in school and I'm free at night as well. But I also write music in that time so it's not all practice with my fingers. I see writing as practicing also because I might come up with something that keeps me thinking and working on different approaches to it the rest of the day and into the night. Writing is very important to me and also something I enjoy because I love to work things out to their logical conclusion like a puzzle.

I prefer to practice right after I get up in the morning because I need the fresh energy to practice right. I warm up for at least a half hour with technical exercises. I have some of my own finger strengthening exercises and classical etudes that I've been playing for years. I had a teacher that taught me about how practicing very slowly and focusing on every tiny movement my fingers hands and arms are making is the path to good technique. Also to producing the best sound with the least effort. When practicing like that an hour can go by like it was 5 minutes.

Then it's on to shedding ideas. I do this by simply playing over tunes. I find that it takes me at least an hour of doing this before anything new starts popping into my head. I might play one tune for the whole time and just keep thinking of different ways to approach it harmonically and tempo and feel wise. I'll also play it in different keys. I'm also still very much into listening to music and if I hear something I like I'll try to figure out what it was and take that through the keys as well.

I never practice. I haven't practiced for many decades. Everything I do at the piano is music. Even if it is a scale, it is just music, not something I'm working on for any reason (I tend to play scales, in different configurations, slow.). I improvise a lot, both tunes and free improvisation. I play a lot with hands separated, to express just melody, and with hands together in differing ways. I get into all kinds of chord voicing's (one good definition of infinity), various kinds of harmony and chord progressions, melodic fragments, fathoming interval relationships, rhythmic and counter-rhythmic material, because they are beautiful and compelling and because I love to spend my time this way. I don't intend to use anything I work on when I create music. I focus on the aspects of music for their own sake. Creating music I give entirely to my intuitive or creating mind. That's the mind that knows best. Having said that, how much time I give to music depends on time factors and other circumstances in my life. When my life was relatively unencumbered, I spent almost all my time at the piano, averaging about 13 hours a day, for quite a number of years. That was joy. Now, my life is considerably leaned on. I am with the piano as much as I can be, anywhere from six hours to 15 minutes (every minute counts).

Yes of course I practice, especially when gigs are coming up. When I practice it's usually a couple of hours a day, longer when I combine it with some arranging or composing. Sometimes when there's no work for sometime, I let the music go for a week or two and work on other things in my life. I like the "time off" so I garner fresh ideas, which eventually gets back into the music anyway.

I practice nearly everyday, unless I have a gig. Usually for about 1 1/2 to 2 hours.I work on classical repertoire, particularly Bach and Beethoven as well as Ravel. For jazz, I like to use the metronome and improvise on a tune or a blues for an extended amount of time without stopping (i.e. Tea For Two for 25 minutes). This creates flow. I also like to practice and create "sets,"that is to say 5 or 6 tunes in a row that would make sense for a performance, blues, then up tempo, then a ballad, etc.