William Alonzo "Cat" Anderson grew from a childhood in the Jenkins Orphanage to become the acclaimed lead trumpet player with Duke Ellington and one of the most recognized high-note trumpet players of all time. Born in Greenville, South Carolina, he was put in the orphanage after both his parents died during his childhood. He soon took on the name "Cat," that would stick for the rest of his life, for his fighting style at the orphanage. His music career began on larger horns, like the trombone and baritone, but when he showed considerable talent, the orphanage granted his wish: he received his first trumpet. Anderson grew to be a standout with the orphanage bands, and his first official departure from the orphanage was with a group of fellow Jenkins players that called themselves the Carolina Cotton Pickers 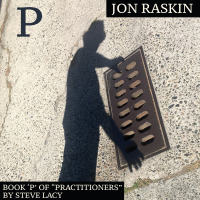 Saxophonist Steve Lacy was famous for writing music dedicated to artists who inspired him. Some of his rarely heard etudes for solo saxophone are divided equally into three books, each named by a letter. Of these, he only recorded one set in his lifetime, Hocus Pocus—Book 'H' of “Practitioners" (Crépuscule, 1986). Equally idiosyncratic saxophonist Jon Raskin, ... 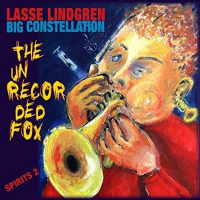 When it comes to playing high-note jazz trumpet, the late great Maynard Ferguson was, is and perhaps always will be the standard to which every specialist in that limited field aspires. Yes, there have been assorted claimants--Cat Anderson, Ziggy Elman, Jon Faddis, Dave Stahl, Eric Miyashiro, Wayne Bergeron and Dennis Noday spring to mind--but no one ... 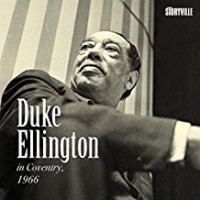 During World War Two, the Germans rained tons of high explosives, including parachute air-mines and incendiary petroleum mines on the English city of Coventry. In addition to factories supporting the British war effort, they destroyed the city's emblematic cathedral. Joseph Goebbels, Hitler's Minister of Propaganda, took to using “Coventry" as a synonym for mass destruction. Enemy ... 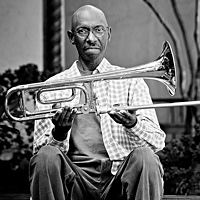 Here's a succulent and long-hidden treat for Duke Ellington aficionados: a wide-ranging and reasonably well-recorded concert performance by the Ellington orchestra from 1969 at the Do Doelen Concert Hall in Rotterdam, The Netherlands. Many of Ellington's tried-and-true favorites are here, along with a number of lesser-known themes such as tenor Paul Gonsalves' feature, “Up Jump"; “Come ... 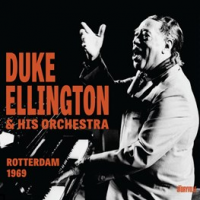 Right up to the end Duke Ellington maintained an ability to surprise lesser mortals with his impish wit. In 1969 he visited the White House to celebrate his 70th birthday and kissed President Richard Nixon on the cheek four times. When Nixon asked why four times, Ellington replied, “One for each cheek." Tricky ...