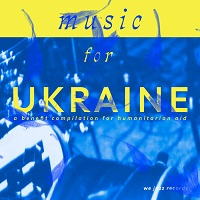 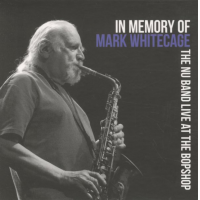 The fearless improvised legacy of veteran, free bop sax man Mark Whitecage may not hold a prominent place in the immediate lexicon of upstarts and legends, but the man could blow his horn. Whitecage could dice and slice a piece of music, solemn or otherwise, to shreds with his sharp metallic, testosterone tone then reassemble it ...

One of the underappreciated veterans of free jazz, Mark Whitecage passed away in March of 2021, leaving a well-established legacy of strong recordings in which his searing yet soulful alto saxophone merged with many of the more visible figures on the scene. Joe McPhee, Anthony Braxton, and Annette Peacock are just a few of the luminaries ...

Multiple reedman Mark Whitecage (1937-2021) may not have enjoyed the profile he deserved, but he was an extraordinary improvisational free-jazz force who recorded prolifically for CIMP Records. Bassist Joe Fonda, a member of Whitecage's Nu Band, enjoyed a forty year musical involvement with the man, and In Memory Of Mark Whitecage: The Nu Band Live At ...

In Memory of Mark Whitecage: The Nu Band Live At The Bopshop

Label: Not Two Records
Released: 2021
Track listing: Prayer For The Water Protectors; Five O'Clock Follies; One For Roy;The Closer You Are, The Farther It Gets; Chirstophe and Ornette; Minor Madness; Dark Dawn In Aurora. 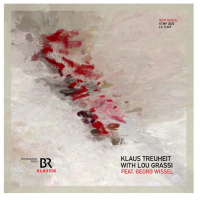 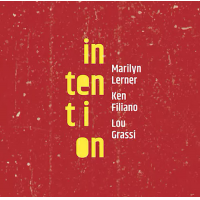