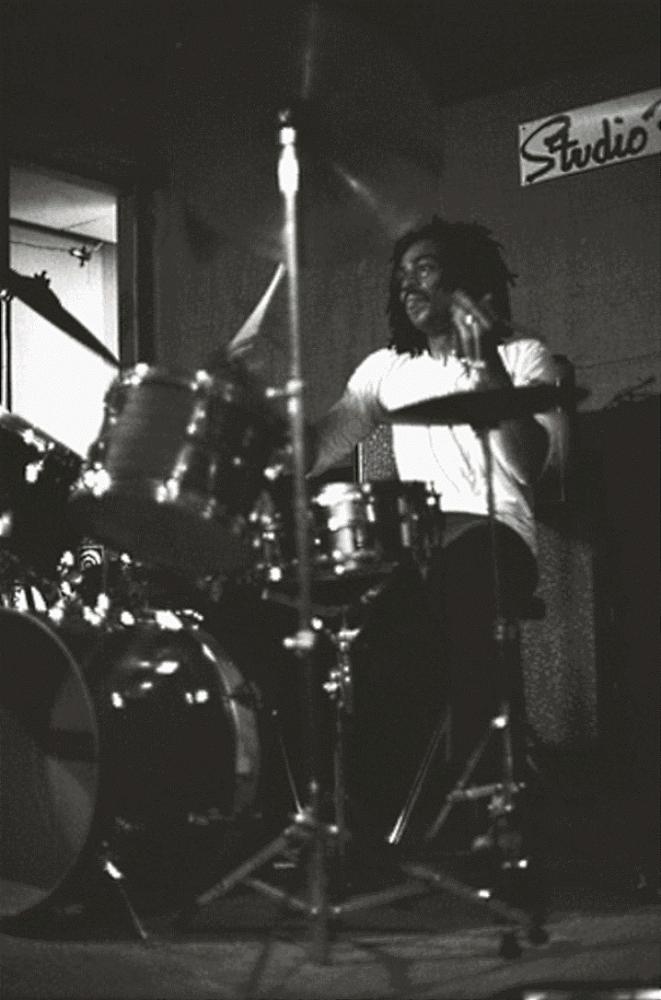 slideshow
Charles Wesley “Bobo" Shaw, a St. Louis drummer who helped found the Black Artists Group, co-led the Human Arts Ensemble, and played with many prominent jazz and creative musicians of the past half-century, has died at a nursing care facility in St. Louis. He was 69 years old.

St. Louis trumpeter, arts administrator and impresario George Sams, who was friends with Shaw for nearly 60 years, said the drummer had been hospitalized with multiple ailments in early December, first at Barnes Jewish Hospital and then at St. Alexius.

He was transferred to Heritage Care Center in north county about three weeks ago, Sams said, and was placed in hospice care there last Thursday, where he remained until his death at about 6:00 a.m. Monday.

Shaw was born September 5, 1947 in Pope, Mississippi. Moving to St. Louis as a young child, in 1953 he joined the American Woodsman drum and bugle corps, a group whose other alumni include Sams, trumpeter Clark Terry, saxophonist Oliver Lake, and drummer Philip Wilson. Shaw also also played with the drum corps associated with Tom Powell Post American Legion #77, studied drums with jazz musicians Joe Charles and Elijah Shaw and with Bernie Snyder of the Saint Louis Symphony Orchestra, and along the way, learned trombone and bass as well.

In the mid-1960s, he helped found the Black Artists Group, a cooperative organization of musicians, writers, poets, actors, and visual artists whose members included Lake, saxophonists Hamiet Bluiett and Julius Hemphill, trumpeter Lester Bowie, and many others. Although the group, unlike Chicago's similarly conceived and still active Association for the Advancement of Creative Musicians, was relatively short-lived, its influence continues to be felt through the music of its former members and the ensembles they subsequently established, including the World Saxophone Quartet (with Lake, Bluiett, Hemphill, and David Murray) and the funk band Defunkt, led by trombonist Joseph Bowie, the younger brother of Lester Bowie.

Along with several other BAG members, Shaw moved to Europe later in the 1960s, returning to the USA in 1971 and eventually ending up in New York City. His musical collaborations during this time included work with Anthony Braxton, Steve Lacy, Frank Wright, Alan Silva, Michel Portal, Cecil Taylor, and Frank Lowe, as well as with St. Louis musicians such as Lake, Hemphill, the Bowie brothers, saxophonist Luther Thomas, and guitarist Richard Martin. In the 1980s, he played with violinist Billy Bang, and in all, Shaw recorded at least 10 albums as a leader or co-leader, and appeared on more than a dozen other recordings with Bang, Lake, Lester Bowie, Defunkt, Braxton, Lowe, violinist Leroy Jenkins, and others.

Beset by health issues and personal problems, Shaw performed less frequently in later years, though he did take part in several concerts this decade for Sams' Nu-Art Series at the Metropolitan Gallery downtown and in some improvised performances at the now-shuttered Tavern of Fine Arts.

Survivors include a sister, Marian Shaw Matthews of Washington, DC. Arrangements will be handled by Eddie Randle & Sons Funeral Home, with details still pending as of this writing. This post will be updated, or a new one written, when more information becomes available.