By MARK REDLEFSEN
October 5, 2011
Sign in to view read count
DFA is a fusion quartet hailing from Italy. This recorded live performance captures its first American live show, at the NEARFest 2000 in Pennsylvania. This was the group's first disc to be distributed in the US. The passionate proficiency projected by this group is astounding. The keyboards, guitar, bass and drums played by these musicians paint an aural collage throughout seven compositions with vocals appearing on the eloquent "Caleidoscopio." The blazing riffs from keyboardist Alberto Bonomi are wonderful. His tragic accidental death by auto crash in Italy ended a very promising career. Work In Progress Live is an opportunity to hear DFA's truly great music in full flight. 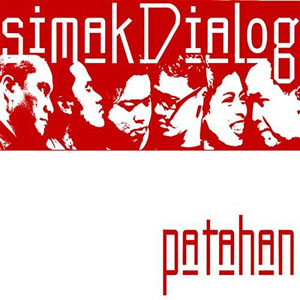 The Indonesian group simakDialog formed almost twenty years ago. Patahan, a live album recorded at the Goethe Haus in Jakarta in 2005, is its first international release and its first for MoonJune. Keyboardist, primary composer and founder, Riza Arshad, provides an overall melodic feel that would not be out of place on an ECM release, however the clever attack of guitarist Tohpati Ario Hutomo ( Tohpati Ethnomission ) and the rhythmic way in which the rest of the group pushes the music seems to embody the MoonJune ethos of creating music that is not easily identifiable. The percussive quality that pervades the entire disc may seem towards the world music end of the spectrum, but it is Arshad and Tohpati that maintain a complexity that speaks of something else. This is a recommended start for listening to this group. 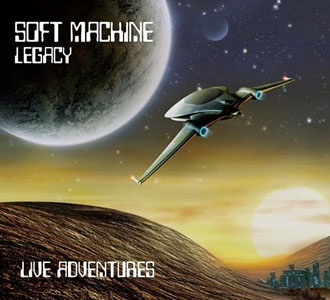 Soft Machine Legacy has contained original Soft Machine members since it was created earlier this century. Live Adventures is a product of the latest lineup and was recorded live shortly after the 2009 passing of bassist Hugh Hopper. Bassist Roy Babbbington, another Soft Machine alumnus, joins drummer John Marshall and guitarist John Etheridge, along with saxophonist Theo Travis, who was recruited in 2006 after the passing of Elton Dean. No matter how much change in personnel has occurred, a very identifiable and distinct sound is maintained all around.

The balance in this music, as with the original different versions of Soft Machine, has always been about having just enough jazz fusion, grounded by very rock-like rhythms, that follow stated recurring and melodic themes. Add the right amount of soloing and the resulting music is what continues to appeal to fans of cerebral, instinctive instrumental music on the modern jazz, rock and jamband scenes. Live Adventures provides a nice listen back to the past, along with present suggestions of even more new promising music still ahead.

Tracks: One Has to Be; Spur of the Moment; Kemarau; Worthseeing; Kain Sigli.

Tracks: Has Riff; Grapehound; Nodder In The Back Room; Song Of Aeolus; Relegation Of Pluto / Transit; Gesolreut; Facelift; Last Day.