By Duncan Heining
November 10, 2022
Sign in to view read count 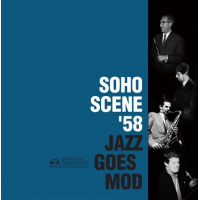 Back in 2007, music fan Nick Duckett walked into a record shop hoping to buy a comprehensive history of rhythm and blues on CD. To his surprise, the owner told him no such set existed at the time. Having a bit of time on his hands, Duckett thought to himself, "Well, there bloody ought to be?" From that small acorn, the oak that would become Rhythm and Blues Records took root.

The Middlesex-based UK label now boasts some 300 plus soul, rhythm & blues, rock and jazz titles on CD and vinyl and, as one might expect, the r&b section gives a pretty comprehensive account reaching back to the 1930s.

"My friends class it as a hobby but I spend around 40-50 hours a week on it," Duckett tells me. "As a fan, I produce things that I'd be happy to buy myself. I thought, if I like it, then other people probably will do too. A discussion with someone in the business alerted me to the fact that the copyright elapses 50 years after a broadcast date of broadcast, so everything I release is in the public domain. However, I do try and get copies of my releases to the artists if they are interested." 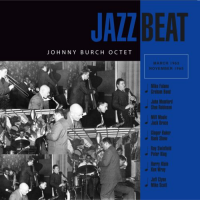 This is just the kind of life/work history that in earlier eras led to the likes of Blue Note, Chess or, in the UK, Island Records. For now, Duckett is happy in his corner of the burgeoning reissue market. So, when and how did his interest in music start?

"Well, it was back in the '50s." Duckett says, "Initially, it was investigating my mother's collection of 78s, ranging from Perez Prado to Frank Sinatra. The first actual piece of jazz, I heard was Danny Kaye's version of 'Minnie the Moocher' Much later on, I got interested in the roots of '60s pop and rock music. I like to think of myself as a bit of a musicologist.

Like many of his—and my—generation, Duckett's introduction to rhythm and blues came with the "blues boom" in the late '60s, when he heard what was perhaps the best of the British blues groups, Peter Green's Fleetwood Mac. It was, however, somewhat later that his explorations into the music really began, when he started buying compilations of "jump" music. In fact, his entry into blues and jazz says something about the eclectic nature of the catalogue he has compiled. 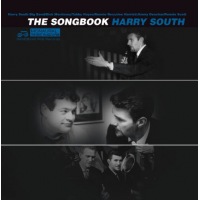 For the jazz element in the Rhythm and Blues Records catalogue, Duckett offers a number of intriguing compilations that contrast the American and British jazz releases of the '50s and '60s under the rubric Jazz Goes Mod. The title emphasises the fact that the original "mods" were fans of jazz and blues, French literature and sharp Italian suits, who road Vespas and Lambrettas because they were simplest way of getting from London's suburbs to Soho and its jazz and blues clubs. It was their younger siblings who helped provide the headlines for the UK's second, youth-inspired, moral panic of the post-war years, the first being the "teddy boys."

"I was never really interested in British jazz as a young man," Duckett admits. "I used to go down to Ronnie Scott's in the '80s and didn't pay much attention to the British support acts. I suppose my interest came later, as I did more research. I have to say I really do love the detective work that goes into researching people like Johnny Burch and Harry South." 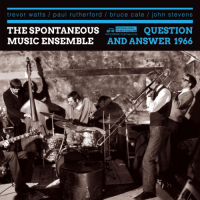 A lot of the recordings are radio broadcasts but there are also tapes that Nick has been sent by various people. The catalogue includes two four-CD sets of the criminally under-recorded Harry South Big Band. In the main, people know South either through his connection with Georgie Fame's Sound Venture (Columbia 1966) or through his marvellous score for that '70s TV classic, The Sweeney. South's bands, however, featured the cream of British jazz musicians of the year. These two sets, with authoritative notes by saxophonist/writer Simon Spillett, are currently on special offer and are highly recommended.

How Duckett came by the tapes is one of those serendipitous stories that bless the jazz scene now and again. "I drink in the French House in Soho," he says, "and, by happy coincidence, Harry's daughter Annabel works there. She has given me her father's entire tape archive. Sadly, it's currently gathering dust in my attic but I'm hoping to pass it onto to an institution that might appreciate it." 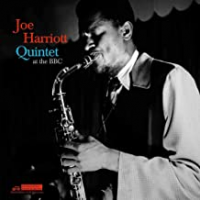 Rhythm and Blues Records may be small but it is growing and already perfectly formed. With artists that include Michael Garrick, the Rendell-Carr Quintet, Georgie Fame, Jimmy Witherspoon, Joe Harriott, Ronnie Scott and even the Spontaneous Music Ensemble, there are a good few nuggets in the mine. That it offers an in-depth catalogue of the history of black rhythm and blues in the USA adds further attractions. So, is there one particular artist who he would really love to have on his label? Duckett responds instantly, "Yeah, Ray Charles. I'd love to get round to releasing a Ray Charles collection." Can I get an "Amen," Brothers and Sisters?" 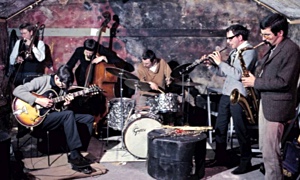 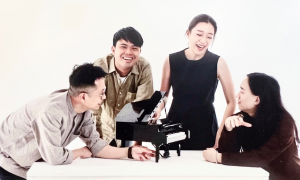