In the summer of 97, millions of people were beguiled by an Andy Summers guitar lick, just as they were regularly in the decade previous. A single by a certain rap impresario copped the Police's "Every Breath You Take," and the song's arresting power once again held sway at the top of the charts. Sure Sting wrote the sampled tune, but it was that tolling Andy riff that set it into enduring motion. Since 1986, when the Police left the stage as the biggest rock band in the world, Andy Summers has followed his own muse, cultivating the ambient and improvisatory streaks always evident in his distinctive soundprint

We continue our focus on the compositions of Charles Mingus, on the eve of what would have been his 99th birthday. Today's jazz would sound very different if Mingus had not been around and for this show we focus on his best renditions of his most beautiful compositions.PlaylistBen Allison Mondo Jazz Theme (feat. Ted ...

September 2019 will mark the 40th anniversary of “Message in a Bottle," an auspicious opportunity to look back at the seminal work of The Police, through a jazz lens. With both Sting and Andy Summers coming to The Police with jazz in their background and Stewart Copeland being a master of polyrhythmic drumming it's ...

Randy Brecker & NDR Bigband Rocks Piloo Records & Productions LLC 2019 The easiest answer isn't always the best answer, but sometimes it is. So it's both easy and proper to point out that trumpet and flugelhorn master, composer, and bandleader Randy Brecker was kind enough ...

Following a series of releases for Moonjune Records under the moniker Soft Machine Legacy, beginning with 2005's Live in Zaandam and concluding, most recently, with 2013's Burden of Proof, this quartet consisting largely of members from the classic Canterbury group Soft Machine has finally decided to drop the “Legacy" and go it with the original name ... 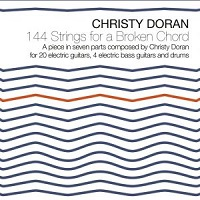 In a long and distinguished career, Christy Doran has fronted or been a founding member of a number of important jazz-fusion / jazz-rock groups, from the seminal Swiss band OM in the early 1970s, to current outfits New Bag and Sound Fountain. His collaborations with some of the most important jazz artists on both sides of ... 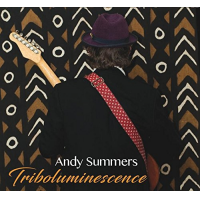