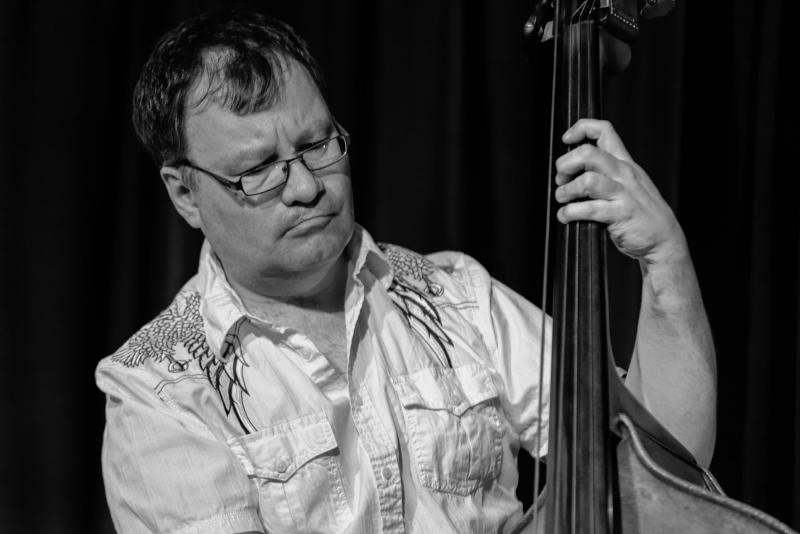 For his final show of the 2011/2012 Geggie Concert Series, Ottawa bassist John Geggie put together a group of Canadian musicians who are all deserving of broader international recognition. A down-the-middle mainstream jazz set, it still had plenty of surprises in store for the near-capacity crowd at the National Arts Centre's Fourth Stage, and if it was more about rounded surfaces than hard edges, it was none the weaker for it.

Montreal drummer Jim Doxas has been a mainstay of the Geggie Concert Series, one of a very small cadre of percussionists that Geggie calls upon on a regular basis. Truly one of Canada's semi-hidden treasures—he's not exactly out of sight as pianist Oliver Jones' longtime rhythm partner and, more recently, as a member of Toronto singer Sophie Milman's regular touring band—but his unfettered interpretive nature, and an ability (not unlike Geggie) to fit into virtually any context as if it were custom-made, renders him a drummer with whom more folks should be familiar.

Joe Sullivan is also based in Montreal, a Northern Ontario-born trumpeter who studied alongside John Medeski at the New England Conservatory, recruiting the Medeski Martin & Wood keyboardist for his 1994 debut as a leader, A Song for Jersey (Blue Loon). Sullivan has, in recent years, been recording for Montreal's Effendi label, alternating time between his sextet and an acclaimed big band whose Northern Ontario Suite (Effendi, 2010) is an overlooked gem as memorable for the trumpeter's writing as for the performance of Sullivan and his large ensemble.

Another underappreciated artist, Toronto-based guitarist Lorne Lofsky had a brief flirtation with broader exposure in 1980 when pianist Oscar Peterson helped him release his leader debut, It Could Happen To You, on the high-profile and internationally distributed Pablo label. Following two decades of heavy activity, including a handful of late '90s recordings with Peterson and trombonist Rob McConnell's enduring Boss Brass for Concord and Telarc, Lofsky's recording activity has decreased significantly with the new millennium but he remains active in Toronto, performing and recording with saxophonist Kirk MacDonald in addition to intersecting with Sullivan as an occasional guest with the trumpeter's sextet. His approach is clean, clear and understated, the closest comparison being John Abercrombie when the better-known guitarist is working in a more straight-ahead context. 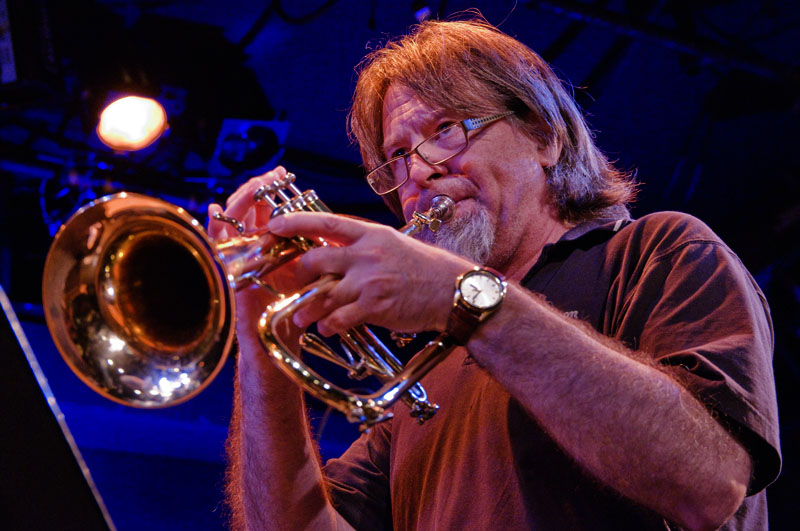 All of this combined to create a confluence of preexisting chemistry and newfound musical discovery in an evening that leaned heavily on Sullivan compositions for the first of two sets, as well as Bronislaw Kaper's "Invitation" and Charlie Parker's "Au Privave," two jazz standards that have been covered countless times, but were delivered here with effortless grace and a simpatico understanding that seemed to get better with each passing song. Lofsky's ability to solo in, out, around, over and through the changes was equally matched by Sullivan, the guitarist's warm tone and the trumpeter's burnished-but-rounded timbre on trumpet, flugelhorn and cornet equally appealing.

The set's straight-ahead nature didn't mean there weren't some challenging scores; Sullivan's writing demonstrated, at times, a penchant for knotty heads, but invariably opened up into more relaxed middle sections where the trumpeter, Lofsky and Geggie each got plenty of solo space. Geggie is just as often heard in left-of-center contexts like his album with pianist Marilyn Crispell, Geggie Project (Ambiances Magnetiques, 2010), but he's always retained a lyrical bent, regardless of context, even as his personal voice continues to evolve and assume greater shape. He's also been fashioning his own identifiable signatures over the past few years, including remarkable harmonic control when playing with a bow. His own "From Which," from the bassist's more straight-ahead collaboration with Toronto pianist Nancy Walker and American saxophone powerhouse Donny McCaslin, Across the Sky (Plunge, 2010), received a particularly lovely rendition during the second set, with Doxas' rim- driven pulse, Sullivan's muted horn and Lofsky's chime-like harmonics creating an even gentler cushion than the impressionistic album version.

Soloing less than his band mates only meant that when Doxas was featured—oftentimes as part of a trade-off section near the end of a song—it was all the more memorable. A rarity in his melodic approach to the kit, nothing was verboten in Doxas' vernacular, as he moved seamlessly from playing with his hands to rattling a large chain of bells worn around his body. And while Doxas had plenty to show, he played, refreshingly, as though he had nothing to prove—at one point beginning with nothing more than a four-on-the-floor bass drum pattern and single brushed snare, and leading into an extended solo of tremendous restraint more about expansive color than his admittedly inestimable chops. 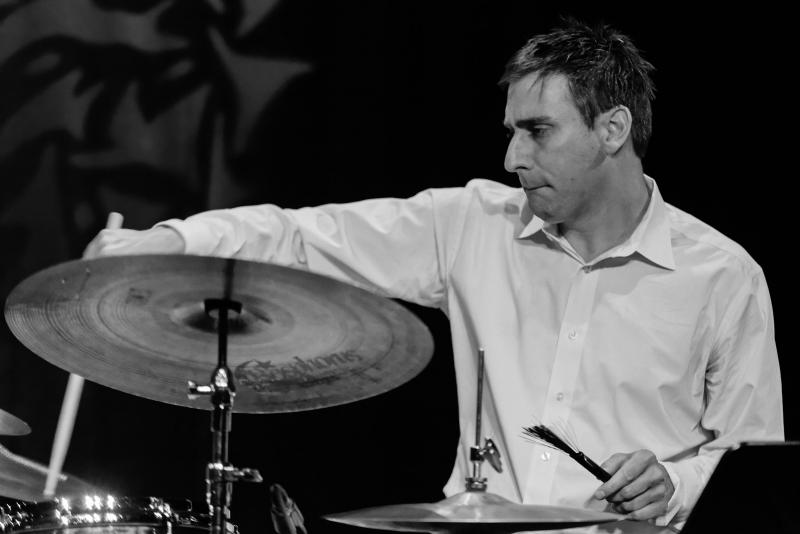 The entire set managed to be both relaxing and commanding, calling for plenty of applause throughout the sets and a well-deserved encore at the end of the evening. With budget cuts at the National Arts Centre, there is a very real possibility that the 2012/13 Geggie Concert Series will either be cut back significantly or, even worse, cancelled outright. It would be a tremendous shame as Geggie's series has been responsible for some of the finest jazz this town has seen in the past decade beyond the purview of the annual Ottawa International Jazz Festival, with past collaborators ranging from pianists Crispell, Myra Melford, Edward Simon, Marc Copland, Craig Taborn and Bill Carrothers, and guitarist Vic Juris, to bassist Mark Dresser, saxophonists McCaslin and Ted Nash, trumpeters Cuong Vu and Ron Miles, and legendary Norwegian drummer Jon Christensen. With the majority of Geggie's shows well-attended, here's hoping the NAC doesn't make the mistake of cutting this essential series from its annual program.