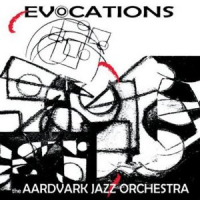 The Aardvark Jazz Orchestra, led by pianist, trumpeter, composer and music director Mark Harvey, celebrates its sixth album for Leo Records. Recorded at various venues in the Boston, MA, area, the orchestra's empirical gait surges forward, as no two compositions are distinctly alike. Variety is always an underlying factor within the band's manifesto; from military orchestral progressions to avant-garde expressionism and a few nods to convention, the musicians tie quite a few genres and stylizations into a broad soundstage.

The diverse "Rascals & Scoundrels" spans John Cage-like abstractions, minimalism and asymmetrical movements, offset by interweaving horns, mellifluously executed mid-tempo swing vamps and jagged loops. Here, the band touches upon numerous concentration points. Harvey also allows copious room for the soloists to expand and renew mini-themes. Featuring argumentative type exchanges and shifting emotive sentiment, the artists raise the pitch during the bridge and even toss in a few traditional big band choruses amid bluesy inflections. But Harvey finalizes the proceedings in a whisper via his dainty piano phrasings. The orchestra's multidimensional and far-reaching mode of operations is glaringly communicated on "Rascals & Scoundrels"—and throughout the program.