Grammy-nominated artist Ted Nash enjoys an extraordinary career as a performer, conductor, composer, arranger, and educator. Born in Los Angeles, multi-instrumentalist Nash's interest in music started at an early age. He was exposed to music and encouraged by his father, trombonist Dick Nash, and uncle, reedman Ted Nash - both well-known studio and jazz musicians. Nash blossomed early, a “young lion” before the term became marketing vernacular.

During his first three years in New York Nash became a regular member of a variety of ensembles. He worked with the Gerry Mulligan Big Band, the National Jazz Ensemble and the Mel Lewis Jazz Orchestra.

One of Nash's most important associations is with the Jazz at Lincoln Center Orchestra with Wynton Marsalis, for whom he composed Portrait in Seven Shades, a suite dedicated to seven different iconic painters. This recording received two Grammy nominations, including best arranger, and has been credited by Ted Panken in Downbeat Magazine as marking a new direction for the Orchestra.

Nash's other recordings have appeared on many national "best-of" lists including The New Yorker, The New York Times, Village Voice, The Boston Globe, and New York Newsday.

Time Out Magazine wrote: "One of our favorite jazz memories of the past few years came during saxophonist Ted Nash's intense, blistering solo in a recent Jazz at Lincoln Center performance here in Chicago. Born in L.A. to a family of Hollywood session players but currently living in New York, Nash has that kind of instantly identifiable talent that makes the distracted pay attention."

Nash, while always mindful of traditions, reaches well outside a "traditional" nexus. His eclectic group Odeon has garnered much attention in the jazz world and received features and in-depth mentions from publications such as The New York Times, Village Voice, Boston Globe, and New York Newsday. Said the Los Angeles Times after hearing this group at the Jazz Bakery, one of the area's best clubs: "You say jazz is having trouble these days finding a creative focus? Don't believe it. Go to the Jazz Bakery tonight to hear saxophonist Ted Nash's marvelous group Odeon, and any doubts will quickly be dispelled. What this Los Angeles native is demonstrating with Odeon is the fact that — far from being on a down slope — jazz is in a period of extraordinary opportunity."

Kristen Lee Sergeant Releases 'Song Sessions: From Alone To Together'...

“Neither a poster boy for the avant-garde nor a blinders-on traditionalist, Nash is simply his own man.” —Washington Post 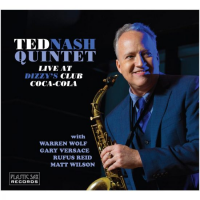 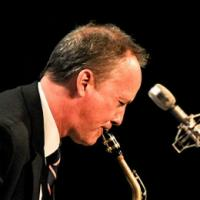 All About Jazz musician pages are maintained by musicians, publicists and trusted members like you. Interested? Tell us why you would like to improve the Ted Nash musician page.