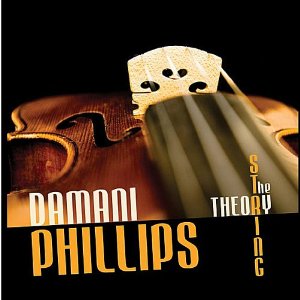 The idea of adding strings to a jazz combo has long been a divisive issue among the music's aficionados. It's often disparaged by many purists as a commercial sell-out, similar to the "fusion" concept of marrying jazz with rock. One self-proclaimed hard bop hardliner, Ken Blanchard, has blogged that "strings can make the most obscure bop tenor palatable to a larger audience by packaging him in a thick coating of sugar." Yet Blanchard conceded that alto saxophonist Art Peppers Winter Moon (OJC, 1980), tenor saxophonist Stan Getz's Focus (Verve, 1965), and (more recently) tenor saxophonist David Murray's Waltz Again (Justin Time, 2005) are fine recordings by even the most stringent measure.

Indeed, many purists might be surprised to learn from Roger Crane's AAJ article Jazz With Strings that alto saxophonist Charlie Parker's Bird with Strings (Tristar, 1949-52), was said to be Parker's favorite of his own recordings. In his discussion, Crane writes that, in general, jazz-with-strings is "more concerned with melody and crisp, soulful phrasing than with experiments in form or harmony." However, while acknowledging that many jazz-cum-strings offerings have been rightfully maligned by fans and critics, he asserts that "pretty, melodic jazz need not be predictable or saccharine."

Referring to such luminaries as trumpeter Clifford Brown, trombonist J.J. Johnson, guitarists Wes Montgomery and Russell Malone, and pianists Phineas Newborn, Jr. and Bill Evans, Crane lists a dozen of the best representatives of this genre. These recordings, in his considered view, are neither corny nor syrupy, exemplifying how strings inside a jazz context can add luster, enhancing rather than overwhelming the jazz improvisers. This reviewer would add tenor saxophonist Michael Brecker's Cityscape (Warner Bros, 1982) to Crane's list.

A variation on this orchestral theme employed by some jazz artists is the use of a string quartet. While allowing the development of fully articulated harmonics and expressive colorations, a quartet creates a lighter cushion than a full-blown string section, which can sometimes become a smothering blanket. One notable example is pianist Chick Corea's and vibraphonist Gary Burton's Lyric Suite for Sextet (ECM, 1982), on which the duo's spacious atmospherics were broadened and deepened, not stifled. A mark of this album's success is the fact that, at the time writing (February, 2011), Corea and Burton are planning to record and tour with the Harlem String Quartet in early 2012.

Saxophonist Damani Phillips avails himself of this pared-down option with excellent results on his CD The String Theory (Self Produced, 2010). A Pontiac, Michigan native with an impressive resume as a performer, pedagogue and composer, Phillips is currently a music professor at Grinnell College (pianist Herbie Hancock's alma mater). Like alto saxophonist Cannonball Adderley, whose influence Phillips readily admits, Phillips is a big man with a light touch and a professorial eloquence.

The CD's title might be seen to refer to his academic background (Phillips holds a doctorate in Jazz Studies from the University of Colorado-Boulder) as well as the instrumentation, and the selection of tunes on this CD demonstrates his scholarly command of both the classical and jazz canons. Witness Phillips' arrangement of "Habanera" from Bizet's Carmen, blending an operatic aria with elements of hip-hop and funk.

This eclectic breadth is obviously what enables Phillips to combine two quartets, jazz and string, in a manner that is organic rather than perfunctory. The string arrangements, ranging from angular atonality to lush romanticism, are integral, resulting in an ensemble that functions like an octet versus a jazz combo with overdubs. Less can indeed be more: it's nice to be able to hear each of the four string instruments distinctly, and the overall feel of a quartet is more nimble than a wall of strings, especially in the presto and prestissimo passages.

The opening cut, Gabriel Faure's "Pavane," is familiar to devotees of Bill Evans, who recorded it with a symphony orchestra in 1965. Here, as with the other three cover tunes, Phillips' version is no mere reprise, but rather a fresh take, showcasing his chops as an arranger as much as an instrumentalist. A brief ostinato introduction sets up Phillips, who gently nudges his solo "outside" with a straightforward, upbeat attack that contrasts interestingly with Evans' moody Chopin-esque introspection. Pianist Ben Markley shows a relaxed approach in his solo that nicely complements Phillips here and throughout the CD.

A time-honored usage of sax plus strings—the torch song—is heard on "Destiny's Eyes," an original composition with a smokey, film noir atmosphere and Phillips (primarily an alto player) on soprano saxophone. Billy Strayhorn's classic "Lush Life" is taken at a statelier tempo than is usual, making for a nice change of pace. Bassist Mark Simon consistently demonstrates the four T's (touch, time, tone and taste) and steps forward with outstanding acoustic and electric solos on "Spanish Kiss" and "Carmen," respectively.

There are actually two versions of "Spanish Kiss," a Phillips original that (in his words) "uses a plethora of Latin styles" including flamenco, bossa nova and bolero. The first may bring to mind tenor saxophonist Gato Barbieri, specifically Caliente (A&M, 1976) and The Last Tango in Paris (Rykodisc, 1972), both string-rich recordings. A second version, its subtitle ("Barcelona Nights") notwithstanding, is more Latino than Iberian, and Markley's piano stylings on this cut, which display his ability to be aggressive when called for, evokes Eddie Palmieri (also no stranger to strings).

There's a lot to like here, and Phillips has given us a recording that bears repeated close listening. Highly recommended.