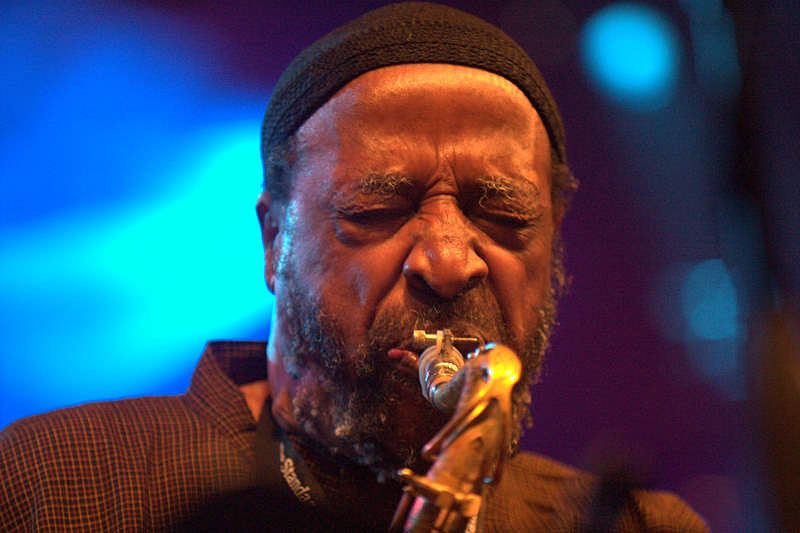 BY ALAN BRYSON
September 13, 2011
Sign in to view read count
Think back fifty years to the days portrayed on the TV series Mad Men. In 1961, John Kennedy and Billboard's Easy Listening Chart were inaugurated, a freedom riders bus was fire-bombed in Alabama, Rock Hudson was on the big screen, and Doris Day was selling albums.

As teenagers and their swinging parents were twisting their brains out to Chubby Checker or the "authentic music by the King Curtis Combo," East German communists began construction of the Berlin Wall, the Beach Boys formed in California, and The Beatles performed, for the first time, at the Cavern Club in Liverpool.

At this time, saxophonists Yusef Lateef and John Coltrane were pioneering an approach to music that transcended convention, cultures, borders and labels; concomitantly, Robert E. Brown, a young professor of ethnomusicology at Wesleyan University, coined the term "world music." 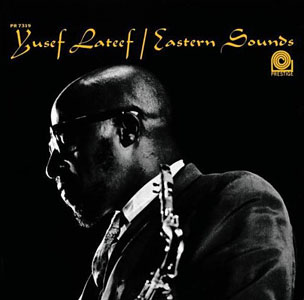 September 5, 2011 marked the 50th anniversary of Lateef's groundbreaking album Eastern Sounds (Moodsville, 1961), engineered and mastered by the legendary Rudy Van Gelder. Although this column will generally be a conversation about the blues, it seems fitting to launch it by commemorating this classic album, arguably one of the first commercially viable examples of world music.

Seen in its historical context it was an extraordinary achievement. When this album was released, Lateef was in a supporting role in Cannonball Adderley's group. He had been given a chance to record a session under his own name on the Moodsville label, and obviously the label expected something that could be played at a party hosted by Don Draper. For his part, Lateef had been immersing himself in the music of many cultures, and was eager to explore these influences on an album, something not even John Coltrane had done at this point.

No doubt, he was wise enough not to tip his hand to the label, but imagine if he had pitched his actual plan: "Okay, the first track on side one is my calling card," Lateef might have said. "Listeners and disc jockeys are going to decide if they like this album based on that. So I was thinking, I bought this 1200 year-old Chinese clay flute and I've been learning to play it. It only has a scale of five notes, and it is like blowing over a Coke bottle, but I've written this piece called 'The Plum Blossom,' and I think I can make it work. Oh, and I forgot to mention, instead of a bass, on this track Ernie Farrow will be playing a Middle Eastern string instrument you've never heard of. Don't worry, that's the only piece with the clay flute, the next tune is a blues number called 'Blues for the Orient,' and it's perfect for an oboe. Nobody does oboe blues, so this will be something new and exciting. The third piece is something I've come up with based on a Chinese musical scale."

Incredibly, he actually pulled that off within the context of what the label wanted.

When I first heard this album it struck me that Lateef, like Miles Davis and Lester Young, understood the power of silence; what isn't played is often as important as what is played. Eastern Sounds was recorded a couple of years after Davis released Kind of Blue (Columbia, 1959), and this is almost like a companion album—inventive yet accessible, melodic, impeccably tasteful, tender and compelling with its less-is-more approach. As with Kind of Blue, it has a timeless quality—fifty years on, and the appeal is undiminished.

In addition to Yusef Lateef on tenor sax, oboe, and flute, the album features Ernie Farrow on bass and rubab (rabat in the liner notes.). Another multi-instrumentalist, Farrow started out on piano, before taking up bass and drums. Coincidently, he is also Alice Coltrane's half-brother. Barry Harris is on piano and, as Joe Goldberg pointed out in the liner notes, he is best known for his mastery of Bud Powell's style, but here he also draws on his considerable knowledge of Thelonious Monk's artistry. His own voice and advanced technical skills, combined with his understanding of Monk's approach, go a long way in explaining the lasting appeal of this recording.

The final piece in the puzzle is drummer Lex Humphries. After some very productive years from 1958 to 1963, his discography seemed to drop off a cliff—like he was abducted by aliens or something. Who knows, maybe he was—ten years later he briefly reappeared in Sun Ra's Space Is the Place (Blue Thumb Records, 1973), only to disappear again (with respect to his discography). On Eastern Sounds, his brushwork is clever and elegant, his feather-light touch on cymbals and sensitive brushing imbue the sound of "Don't Blame Me" with a sensuous, almost tactile quality—not something often associated with drums. His playing was understated and his talent underrated; it's lamentable that someone this gifted didn't leave a larger musical legacy.

When a U.S. Supreme Court justice was asked to define pornography, he famously replied that it was difficult to define, but he knew it when he saw it. As a blues lover, it's easy to relate to that, as it's more than tempo, bars, chords and scales—you know it when you hear it. Jazz, blues, gospel, and rock may have much in common, but despite superior skills, not every jazz player can pull off blues or rock.

On jazz recordings, "Blues" is frequently incorporated into song titles, but it often turns out to be something conceived by and played for those with sophisticated tastes, like ordering a hot dog at a baseball game and getting a marinated Italian sausage. Truth be told, I often like this jazzier form of blues, but I don't think of it as blues any more than I think of fusion as rock.

However, because of their chops it is a real thrill to hear jazz musicians who play the blues with the feel and energy of a blues musician. I remember being completely knocked out when I heard Dizzy Gillespie play the blues (there's not much online of him in a straight blues vein, but I did find this YouTube clip.) If the post-big band generations had revered the trumpet as they did the guitar, Dizzy, if he had desired, could well have been king of the blues—but back to Lateef.

This album caused me to think of Yusef Lateef as a bluesman. Upon initially checking the liner notes before playing Eastern Sounds, I noted that Lateef plays blues on the oboe. My first thought was: one marinated Italian sausage on the way. I was utterly wrong; what a brilliant blues player. Lateef's phrasing is striking, and he makes choices few blues players would or could; yet, despite his musical sophistication, he is unquestionably playing the blues. Even on a straight jazz ballad like "Purple Flower," his sax has a blues feel and energy. Lateef would no doubt reject the labels, and assert that he is simply tapping into his true spiritual and emotional self. How could I disagree, his playing and music striking such a personal and emotional chord , and why else would a guitar/B3 freak rave about an oboe blues?

To be fair, when Jeff Dayton-Johnson reviewed the Rudy Van Gelder-remastered Eastern Sounds on All About Jazz in 2006, he found that, "Lateef's ersatz Eastern oboe playing on 'Blues for the Orient' sounds corny." Lateef has flutes in his toolbox, and that would have been the safe and obvious alternative, but oboe strikes me as a bold and natural choice for an oriental theme—just as Derek Trucks' Gibson SG on "Sahib Teri Bandi" does on Songlines (Legacy, 2006).

In questions of taste there is no right or wrong; as Duke Ellington famously said, "if it sounds good and feels good, then it is good!" Likewise, if it sounds corny, it is corny. Thom Jurek's five-star All Music Guide review of Eastern Sounds comes closer to my view, but below there's a YouTube clip of Lateef playing the blues on oboe, with Cannonball Adderley; draw your own conclusion.

The album is also noteworthy because it contains the first cover of Alex North's "Love Theme from Spartacus," from Stanley Kubrick's 1960 film, Spartacus. The original music from the film here, and a beautiful orchestral version here. Many jazz lovers are familiar with pianist Bill Evans' cover from late 1963, two years after Lateef's, while serious Carlos Santana fans will remember it from The Swing of Delight (Columbia, 1980), which featured an all-star lineup including pianist Herbie Hancock, bassist Ron Carter, saxophonist Wayne Shorter, and drummers Harvey Mason and Tony Williams. Nowadays, Santana sometimes plays this tune as a lead-in to "Smooth."

In contrast to Evans' meditative approach, the version on Eastern Sounds is lively. Harris plays fluidly, in a tempo that evokes a gentle mountain stream, as Humphries adds to the vivid imagery with his brushes and the enchanting and unforgettable melody flows seamlessly back and forth between Harris and Lateef. Miles Davis is quoted, in Joe Goldberg 's liner notes for the Eastern Sounds re-release, as saying: "Fuck jazz. Alex North is The Man." Amen to that, what a melody.

Lateef also covered the love theme from 1953's The Robe, another popular Hollywood movie. It was written by nine- time Academy Award-winning film score composer Alfred Newman (uncle of Randy Newman). It has a feel Jimmy Herring fans might recall from "The Jungle Book Overture," from Lifeboat (Abstract Logix, 2008.) On "Snafu," Lateef demonstrates his ability to use power in a way that might appeal to fans of Sonny Rollins or John Coltrane. On the final (and shortest) track, "The Three Faces of Balal," Lateef returns to his cultural exploration, with Farrow again playing rubab instead of bass for a piece that gently closes the album and reinforces the charm of restraint and simplicity.

Two months after Eastern Sounds was recorded, John Coltrane's legendary residency at the Village Vanguard was captured on tape, revealing that he, too, was influenced by Eastern music. Both men were following their own spiritual paths, however: Coltrane considered music a universal structure of sounds and scales that held the potential to influence people and the physical world, and he believed a musician's goal should be to understand and utilize this power (see John Coltrane: His Life and Music (Univ of Michigan, 2000), by Lewis Porter); Lateef uses the term autophysiopsychic to describe his music, which he explains as: "That which comes from one's physical, spiritual, and emotional self" (for more, see Yusef Lateef: Roots & Routes, here at All About Jazz).

Blues fans who eventually find themselves drawn to jazz tend to quickly gravitate to John Coltrane and Miles Davis. For those people, Lateef's classic Eastern Sounds—or, for the iPod generation, his recording of "Eboness," from The Diverse (Atlantic, 1969)—is another worthy entry point.

George Gershwin once said: "True music must repeat the thoughts and inspirations of the people and the time. My people are Americans and my time is today." Yusef Lateef took a different approach on Eastern Sounds. He saw mankind as one, and allowed the currents of the past and present to flow through his music. Dr. Lateef will turn 91 on October 9th, 2011, and I wish him the very best. 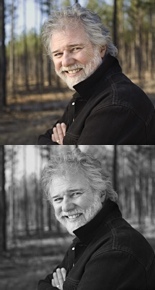 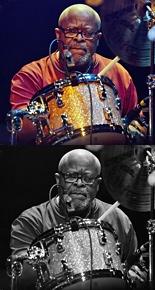 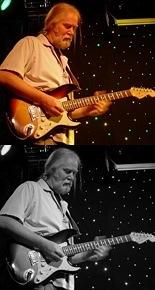