By MARK CORROTO
November 12, 2013
Sign in to view read count 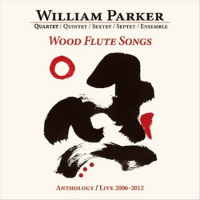 A box set that includes over nine hours of one musician's output could be considered indulgent. Indulgent yes, unless that musician's last name is Parker. Certainly the family of Parker we're talking about includes the bebop innovator Charlie Parker, free jazz saxophonist Evan Parker, and jazz padrone William Parker . The latter Parker is a bassist, band leader, writer, poet, spokesman, and a weather vane that points listeners and musicians to the new directions of jazz.

This release is his third box set and it follows a 3-CD set of solo performances Crumbling In The Shadows Is Fraulein Miller's Cake (Centering Records, 2011) and the 6-CD Centering (No Business Records, 2012) that recovers his unreleased recordings from 1976-1987 with Charles Gayle, Daniel Carter, David S. Ware, Billy Bang, and Jemeel Moondoc.

Parker's career has spanned the recent history of jazz from it's near death in the 1970s which drove much of music making underground, to its resurgence as a 'DIY' medium, and of late a thriving community of innovators. In his early years, he kept time for pianist Cecil Taylor, saxophonists Gayle, Ware, and Peter Brötzmann, before playing a central role in the music of pianist Matthew Shipp's development.

What must have convinced label chief Steven Joerg to release these live dates was the opportunity to witness the energy and uninhibited joy which these four musicians create in a live setting. The piano-less quartet calls to mind the early Ornette Coleman band, in that it seamlessly passes the responsibilty for rhythm changes between all the players. Parker's bass is a throwback to his early work with at the Rivbea Loft sessions and with Don Cherry, Charles Brackeen, and Frank Lowe. The quartet makes avant-garde music that's accessible to a listener who had never heard of Albert Ayler by instilling a deep groove and swing to the sound. Hamid Drake is just as willing to drop a reggae beat as he is to work in 4/4. Drake and Parker share their exploration with two unheralded players here, Lewis Barnes and Rob Brown. Both cater to the music, but also provide the much admired thrust here. The music also includes multiple Parker bass solos. His technique is not unlike that of a circular-breathing saxophonist. His bow work creates wave upon wave of dynamic energy that moves beyond notes into pure sound. His technique employs a shaman-like dervishness that conjures a hypnotic effect that goes beyond music.

The quartet expands to a septet with Light Cottage Draped In A Curtain Of Blues where Parker invites Billy Bang (violin), Bobby Bradford {cornet), and James Spaulding (alto saxophone) to join his band for the 2009 Vision Festival. With no rehearsals, the veteran improvisers pick up clues and jump into (with both feet) the mix. The highlight here is the cover of "O'Neil's Porch," a dancing celebration of all things jazz. The music swaps between a shuffle groove, some dance, and bebop (with Spaulding injecting a quote from Bird's song of the same name). Unfortunately, with the passing of Bang in 2011, this lineup will never be heard from again.

CD six expands the quartet even further at the AMR Jazz Festival in Geneva, Switzerland. Parker's Creation Ensemble is now a 12-piece band. With three days of rehearsal, he can realize a more orchestrated sound. The ensemble covers "Wood Flute Song" (also heard here in quartet and septet) with lyrics penned by the bassist. Unlike his Little Huey Creative Music Orchestra which tends towards unruliness (in a favorable Sun Ra way), the music here is tight and as Parker explains in the liner notes, "ninety percent written out."

His Raining On The Moon band which recorded Corn Meal Dance (AUM Fidelity, 2007) and Raining On the Moon (Thirsty Ear, 2001) is another permutation of the quartet with the addition of pianist Eri Yamamoto and vocalist Leena Conquest. The additional players give the music more structure (the chordal piano and lyric) as Parker's very large house expands to include ballads, hymns, gospel-tinged blues and some timely (2012, very timely) antiwar music.

The final disc reunites Parker with pianist Cooper-Moore in his new configuration of the In Order To Survive quintet, a band founded in 1994. The music is no-holds-barred improvisation that is wrapped around some seemingly camouflaged compositions. The quintet focuses on varying duos, trios, and group interactions. The energy never lags with Cooper-Moore's pummeling attack that seems to bring out the rawness in each player. The music recorded in New York at the Vision Festival in 2012 is an exhausting set that burns red hot from the first note.