b. 3 August 1955, Monroe, Louisiana, USA. Hamid Drake studied drums extensively, including eastern and Caribbean styles. In 1974 he began what was to be a long-term musical relationship with Fred Anderson. In the late 70s, Anderson introduced him to George Lewis and Douglas Ewart. His most significant percussion influences, Ed Blackwell and Adam Rudolph, date from this period. The latter, who was a childhood friend, became another continuing collaborator and they appeared together in numerous contexts, including Anderson's 1979 The Missing Link. Don Cherry, who Drake first met in 1978, was another continuing collaborator. Also in the late 70s, Hamid Drake became a member of the Mandingo Griot Society, appearing on the group's first album.

For many years Hamid Drake provided deftly inventive rhythmic support to forward thinking musicians such as pianist Borah Bergman and Peter Brötzmann, with whom he played in a quartet alongside William Parker and Toshinori Kondo. Others with whom Drake has worked over the years are Marilyn Crispell, Pierre Dorge, Norwegian pianist-composer Georg Gräwe, Herbie Hancock, Misha Mengelberg, Pharoah Sanders, Wayne Shorter, Malachi Thompson, fellow percussionist Michael Zerang and most notably with Kent Kessler and Ken Vandermark in the DKV Trio. With these diverse artists, playing in a broad range of musical settings, Hamid Drake comfortably adapts to north and west African and Indian impulses as well as reggae and Latin. Among drummers he has cited as being influential, aside from Blackwell and Rudolph, are Philly Joe Jones and Jo Jones. It was through the latter's broad-based concepts that Hamid Drake was impelled to explore earlier forms of drumming that had been drawn into jazz before the advent of free jazz. He also frequently plays without sticks, using his hands to develop subtly commanding undertones. His tabla playing is also notable for its subtlety and flair. 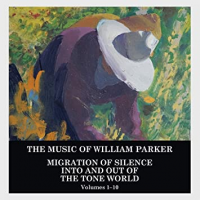 The Music of William... 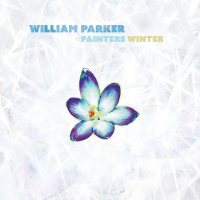 From: Imaginary Archipelago
By Hamid Drake

All About Jazz musician pages are maintained by musicians, publicists and trusted members like you. Interested? Tell us why you would like to improve the Hamid Drake musician page.