By Karl Ackermann
April 5, 2016
Sign in to view read count 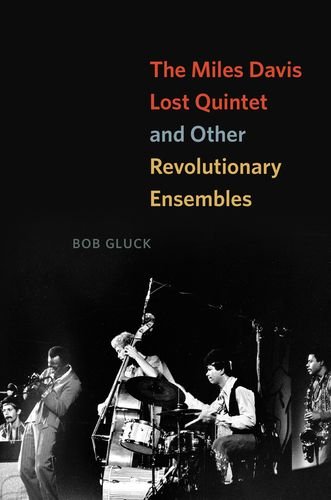 In the history of jazz, no one has been written about more than Miles Davis. No one has been more debated, reviled and revered than the difficult genius who defines so much of the disparate history of modern jazz. So taking on yet another analysis of the composer and trumpeter could have been an unenviable mission. In The Miles Davis Lost Quintet and Other Revolutionary Ensembles, author, composer and musician Bob Gluck takes on the subject matter in a much different manner. His research reveals a deep understanding of the peripheral world around the Bitches Brew (Columbia, 1970) era of Davis' career.

The original "Lost Quintet" consisted of Davis, saxophonist Wayne Shorter, Chick Corea on keyboards, bassist Dave Holland and drummer Jack DeJohnette. Later, Keith Jarrett joined as a second keyboardist, and percussionist Airto Moreira was added as well. Shorter was replaced by Steve Grossman who, in turn, was replaced by Gary Bartz, and Michael Henderson stepped in for Holland, all in a short span of 1970. The "quintet" toured during the Bitches Brew period but did record in the studio, though years later, live recordings and bootlegs would surface.

Gluck's strength as a historian became apparent with his first book You'll Know When You Get There: Herbie Hancock and the Mwandishi Band (University of Chicago Press, 2012). More importantly on The Miles Davis Lost Quintet and Other Revolutionary Ensembles, Gluck's own expertise as a composer and musician work hand- in-hand with his natural inquisitiveness to uncover the inner creative method in a band that was literally reinventing their music on a gig-by-gig basis. In the process, Gluck perhaps reveals more about Davis' techniques than previously understood.

We see, in the "Lost Quintet," a group whose evolution, even over an inarguably short period of time, continually built on density and texture, electronics, rock, funk and improvised jazz as they ushered in a new age of music. Davis' influences were more than those of cross-genre innovators like Ornette Coleman and Jimi Hendrix. Rather, the whole social fabric of the United States in the days of the counter-culture revolution, from civil rights to technology, to a flat-out desire for commercial success, all played a role in Davis' paradigm.

As the title of the book implies, there are other groups in the discussion, from the off-shoots of the "Lost Quintet" like Circle, to Davis' own later groups. One of the more interesting sections of the book talks about the early influences of Anthony Braxton dating back to his absorption of Coleman, John Coltrane, Cecil Taylor and the sometimes atonal European composer Arnold Schoenberg who led Braxton to identify—in Gluck's words—"the need for a new organizing principle to structure works of concert music that lacked a key structure. ." We also get a glimpse of the impact the "Lost Quintet" had on the immediate future efforts of Corea and Holland. Holland, in particular, relates a frustration in Davis' control of the process—an irony considering the trumpeter's willingness to work live without a net in the performance setting.

In his examination of lesser-known groups like the Revolutionary Ensemble, Gluck illustrates both the Davis influence and the tenacious individualism of artists from the trumpeter's sphere who were determined to follow their own best instincts. Though Gluck is an academician, his writing is accessible even at its most detailed. His insights are solidly supported by historical fact, quotes, and his firm grasp of the subject. As a result, The Miles Davis Lost Quintet and Other Revolutionary Ensembles plays out as a compelling narrative of artistic ambitions and human nature.