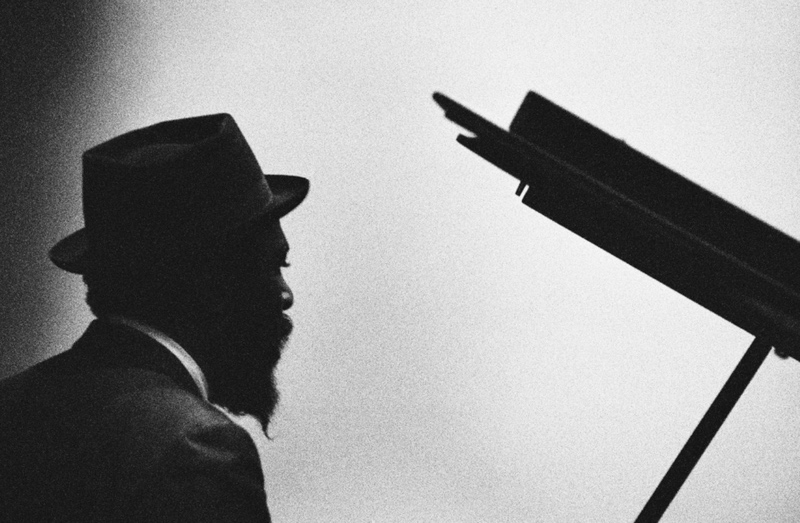 By JEFF FITZGERALD, GENIUS
October 11, 2015
Sign in to view read count
This article was first published in August 2005.

This is an apocryphal story. During Bill Clinton's first presidential campaign, he was doing an interview with supposed intellectual, Tabitha Soren of MTV. Soren asked him if there was anything he dreamt of doing. Clinton replied that he had always wanted to play sax with Thelonious Monk. Soren screwed on her best smart-girl face and replied, "And who was the loneliest monk?"

At the current rate of production, scientists believe that the current U.S. supply of morons will increase despite the proliferation of information technologies. This is not including the number of dolts, dinks, dumbasses, gits, nitwits, and just plain fools out there. Concurrently, the production of geniuses in this country has remained fairly stagnate since the introduction of MTV in the early eighties (I was born in 1967, before the proliferation of cable TV). What does this mean to you, the Average American? It means that every day, the Moron Majority causes the greatest figures in jazz history like Thelonious Monk to become just a bit more obscure while elevating their own empty-headed ilk like pop stars and professional wrestlers to fleeting fifteen minute blocks of godlike status.

Did I sound a little harsh there? I apologize. As I write this, Lent has only just ended and it will take a while for enough alcohol to get into my system to make me a decent human being again.

So let's enjoy this moment while it lasts.

Thelonious Sphere Monk (Sphere the monk, sphoil the thelonious, I always say* ) was born in Rocky Mount, North Carolina, on October 10, 1917. Moving to New York at the age of five, and finding not many career opportunities for a five year-old named Thelonious, he decided to become an eccentric genius whose demanding and completely unique compositions remain to this day a standard by which the very best of jazz can be measured. Kids had goals back then, in the days before Ritalin-soaked theories of progressive education.

Monk began taking piano lessons around the age of 12, and within a couple of years was playing rent parties in Harlem and accompanying his mother's singing at church. At the age of 13, Monk entered and won the weekly amateur show at the Apollo so often that he was eventually barred from competing. By the age of 19, he was the house pianist at Minton's Playhouse (and the house dressing was a roasted garlic vinaigrette. This may or may not come into play later on, but I'd rather err to the side of caution), along with Dizzy Gillespie and Charlie Parker. Together, working mostly at nights with bits of leftover stuff they found lying around, they invented a style of jazz known to this day as BeBop.

In the forties, New York was lousy with jazz, mostly of the big band variety. Every streetcorner featured its own band, and anyone who could play an instrument was expected to play in a group much like today's equivalent of every high school guitarist who can play Enter Sandman being expected to join a band. This led not only to an excess of musicians, but an absolute glut of homogenous middle-of-the-road big band music. Imagine a time where every single club features a high school metal band playing Crazy Train.

After hours at many clubs, musicians would gather for loose jam sessions. Minton's was no different. But Gillespie, Parker and Monk grew frustrated with the mediocre talent dragging down the level of their get-togethers. They began adding unusual chords and breakneck changes, weeding out all but the heartiest of the bunch. At first just trying to leave their lesser brethren behind, they soon found their inventions gaining ground and becoming an entirely new form of jazz. Gillespie and Parker are widely credited as the innovators of BeBop, with Monk (remember him, the subject of the article?) considered "the midwife of BeBop;" he was present at the birth, but the baby doesn't look anything like him.

Such as that is.

In 1951, Monk was falsely imprisoned (it was a fake prison, made of Styrofoam bricks and licorice bars) for narcotics possession, after being Busted while Hanging Out with a Brother who was Holding and refusing to Rat Out or Drop the Dime on the Dude. And this abbreviated tribute to George Ade was made possible by the President's Council on Obscure Humorists and the International Brotherhood of Wiseacres and Smartasses, Local 1264.

Denied his cabaret card which deprived Monk of his ability to perform in New York nightclubs for six years, he dedicated himself to the perfection of his music. It was during this time that his unique compositional style began to coalesce into the definitive sound that is today indelibly associated with him. Emerging from his exile in 1957 to form a group with John Coltrane, Shadow Wilson, and Wilbur Ware (whose brand of cookware, Wllburware, was sold at informal houseparties in the fifties, inspiring another burgeoning entrepreneur, Earl Tupper), Monk began the first of several stretches at the famed Five Spot Cafe©.

It was during the Sixties that Monk began to merit serious notice both here and abroad. Tours of Europe and Asia merited him widespread critical notice and international acclaim, while a tour of Knott's Berry Farm merited him a souvenir T-shirt and a corn dog. Monk's intricate arrangements and peculiar splay-fingered piano style, not to mention his eccentric personality and often puzzling behavior, attracted popular attention beyond strictly jazz-oriented circles.

Monk remains to this day perhaps the most unusual figure in the history of jazz, with the possible exception of myself. He was introverted to the point of sometimes communicating only with semaphore flags, given to wearing odd hats and sometimes getting up in the middle of solos to dance as though in a state of ecstasy. It has been said of Monk (by me, just now) that his stature among the recognized giants of jazz would have been even greater had he possessed a more accessible personality.

It may also be said of Monk (also by me, more recently) that it was as much his extremely demanding compositions and unconventional musical ideas, which were as formidable to listen to as they were to play, as it was his personality that contributed to his strangely underrated status among his contemporaries. Monk predated the Free School's blissful disregard for the listener, not caring if his sometimes jangling, discordant notes and unpredictable chord changes didn't exactly lay easy on the ear. Moreso than any artist before him, Monk didn't aim to accommodate popular sensibilities. Nor was he merely a contrarian, doing the unexpected simply because it was unexpected. Monk was at all times true to his internal voice, and expanded the acceptable in modern music as much as Debussy's use of the dissonant seventh expanded the acceptable during the Romantic period. And I'll fight any man who says different.

By the early seventies Monk was among the elder statesmen of jazz, a role ill-suited to his increasingly reclusive personality. Touring with the Giants of Jazz (average height, 6'7") from 1971-72, he continued infrequent appearances until the mid-seventies. Finally falling into complete seclusion as a result of illness, both physical and mental, Monk finally passed away in 1982 at the home of jazz benefactress the Baroness Pannonica de Koenigswarter (which may well be one of the most fun-to-say names I have ever encountered in my extensive studies of jazz, and one that brings a swift end to even the most evenly-matched Scrabble contest). Interestingly enough, Charlie Parker also passed away at the residence of Baroness de Koenigswarter. In fact, a conspicuous number of the greats of jazz died before the Baroness passed away in 1990. Coincidence? I will leave that to posterity to decide. And to the Weehawken, New Jersey, police, who are still actively investigating.

Ultimately, the legacy of Thelonious Monk is one of a genius incongruent with his age. Like television pioneer Ernie Kovacs, who was 60 years ahead of his time 50 years ago, we may still not have fully come to appreciate the body of work Monk left behind. In an age when our music is mostly either deliberately obtuse beyond reason or accessible to the point of pandering, coming to terms with music that will not compromise or explain itself and yet has no interest in hollow revolution for revolution's sake is still just as challenging as it was in Monk's day. And so is the average redhead. But listen to Bemsha Swing, then take a look at Nicole Kidman, and I think you'll agree that they're both worth the effort.

That pretty much does it for this month, kids. Till next month, exit to your right and enjoy the rest of AAJ.