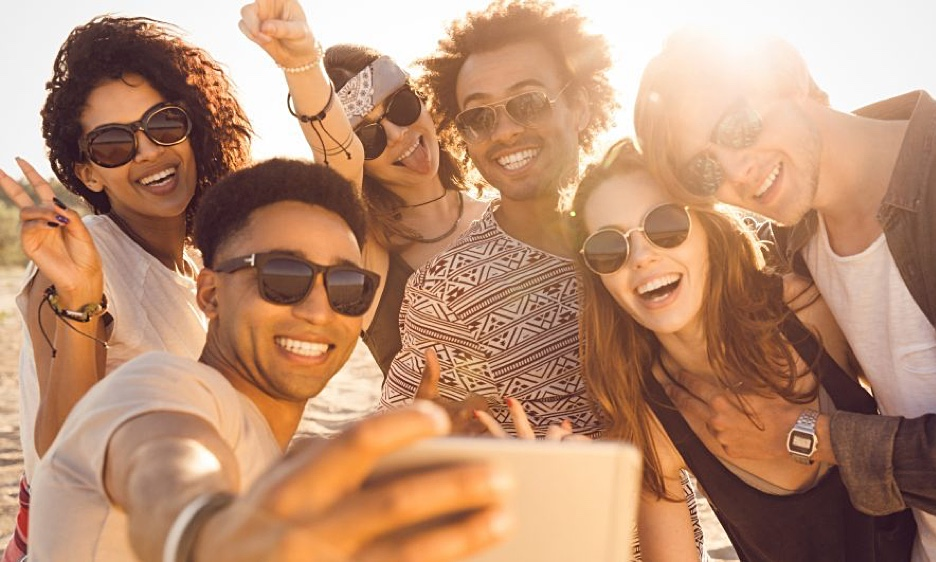 It will find this next generation of fans just the same. Jazz doesn’t care if they require participation trophies just for showing up, or if they will only drink fair-trade shade-grown organic coffee served by surly baristas who habitually misspell their names.

Fifty-two Augusts ago this year, Your Own Personal Genius was born to a pair of West Virginia hillbillies squarely at the onset of what would become known several decades later as Generation X. True to form, I have long embodied that curious mix of ennui and incredulity for which we Gen Xers are known. I have a deep-seated distrust of authority figures, an occasional lack of direction, and an abiding crush on Winona Ryder. I'm a card-carrying member of the Slacker Generation from the frames of my tastefully retro Ray Ban glasses to the soles of my Dr. Martens (I know they're out of style at the moment, but they're so damned comfortable).

It has recently come to my attention that Our Music, like so many other things in our current society, has a Millennial Problem. Beset at birth with almost infinite choices, never having lived without the miracle of the Interwebs in the Dark Ages of Limited Availability (cue heart-rending tale of growing up in a town with one movie theater, one radio station, and three TV channels), and perpetually bored without constant stimulation, today's Millennials wield inordinate power over our culture. Recently, it was announced that they had overtaken the Baby Boomers as the largest concentration of the population. And just when we'd started ridding ourselves of some of the oldest and most annoying of the Boomers, loading them up on Thorazine and parking them in assisted living facilities.

Also known as Generation Y, born between 1981 and 1996, they are the current 800 pound gorilla in American culture. They do what they want, when they want, without much care about what anyone else thinks. Except that they also require constant validation and approval. They are, in turns, irksome, sincere, self-serious, over-privileged, infinitely well-meaning, at times underestimated and somehow both totally aware and completely naïve at the same time. They are, to my generation, a puzzle. We were never ones to want to change the world—we saw how that turned out for the Baby Boomers—we just wanted to find our place in it. Not Millennials. They honestly believe that they can change the world, and will not be convinced otherwise despite decades of dashed hopes in their wakes. And maybe they're right. Even if their methods are sometimes inconsequential or outright silly ("cancel culture," anyone?), let's at least give them a shot. What's the worst that could happen, everyone drinking with paper straws?

Millennials love buzzwords like "organic" and "sustainable." If you take organic to mean animate, then Jazz is definitely that. Many Jazz instruments are wooden, forming a tree-to-ear connection, or made out of metal which is mined straight from the same earth from which overpriced vegetables come. As far as sustainability, Jazz is predated only by the Blues and Folk in the canon of American music. And Folk doesn't really count to me because, save for a brief revival in the Sixties, true Folk has (thankfully) gone the way of hair metal and boy bands and is now represented only by a coterie of dreadfully earnest singer-songwriters who've discovered that an acoustic guitar is, on average, cheaper than therapy. (On a side note, nothing tickles me more than seeing one of those down-to-earth Folkies playing a $2,000 guitar)

As much as I'd love to tweak the Millennials for their manifold perceived quirks, I had to admit that it was my generation that made them that way. Newton's Third Law states that for every action, there is an equal and opposite reaction. The Baby Boomers wanted to remake the world in their own image, Generation X just wanted to be left the hell alone. It only makes sense that the Millennials would rebel against their Xer parents by craving the spotlight. And since it could be argued that it was my generation that gave the world the commercial Interwebs, we gave them the perfect forum for their rampant Look at Me-ism. Jazz, founded squarely on the ultimate musical selfie—the solo—is perfect for a generation who can't walk down the street without taking a picture of themselves doing it.

Our Music is underrepresented on traditional broadcast TV and terrestrial radio, which is fine because that's not where Millennials get the lion's share of their entertainment. The parents of the Boomers and Xers parked their kids in front of the TV as a de facto babysitter; we gave our progeny a computer/tablet/smartphone and let the Interwebs do the heavy lifting. Our Music is all over the Web, and I'm not just talking about the digital dreadnought that is AAJ. Jazz has a strong presence on YouTube, various Interwebs-based sites such as iTunes and Amazon, and on satellite radio. It is available piecemeal and on-demand, which is just how this generation likes it in today's gig economy.

If TV ratings are to be believed, when Millennials do partake, they really like reality as entertainment. What's more real than improvised music, made up almost on the spot, existing only in the moment of its creation? No need for contrived scenarios, manufactured controversies, walking stereotypes, or soon-to-be-washed-up celebrity judges. Or if we must, how about a program called Fake Book, where randomly selected musicians must come together to play a tune without the opportunity to rehearse together? All while the Oz-like projection of Wynton Marsalis's exceptionally round head stares down on the proceedings.

One thing that distinguishes Millennials from other generations is their preference for experiences over material things. They'd rather spend $200 on a meal at a really good restaurant than on, say, 10 $20 meals at Applebee's. I'm actually with them on this one, and I believe that this predilection plays right into Our Music's strengths. Jazz is all about the experience, the visceral instant of creation in which the music lives. Even when recorded, there is an immediacy and an almost magical sense that the music is coming to life once again as it pours from the speakers. Listening to Coltrane live at the Village Vanguard, I feel like I'm there in the moment. That's an experience I get from no other type of music, and one not likely to be found in the most obscure and indie-est of indie bands Millennials pride themselves in being the only ones who've heard of them.

For Generation X, our prime influence was the Baby Boomers. This was a generation who distrusted authority but believed everything they saw on TV. My generation did them one better by not believing anything. Millennials seem oddly willing to believe just about anything, as long as it agrees with what they already think. That may be an overstatement, but not by much. Millennials pride themselves on being "woke," but viewed through the jaundiced eye of my generation, they seem just as likely as the Baby Boomers to fall for anything that sounds right. Call it politically correct, but I've been well over that phrase for decades.

In real terms, though, there is no more "woke" music than Jazz. It transcended racial boundaries fifty years before the rest of society caught up with it, creating unity from division in a real and permanent way instead of the politically partisan and socially inept way we do things today. Jazz found solutions instead of looking for more problems, which is something desperately needed in today's world. Jazz wasn't interested in maintaining the separation we had imposed upon ourselves, it looked for ways to bring us together. There's a lesson Our Music needs to teach us yet again.

While Jazz has ebbed and flowed in terms of popularity over the decades, it has never lost its power to be the best of what we have to offer as Americans. All over the world, and especially at home, it still represents the promise of what we once were and can be again. I don't mean to get preachy, except that I do. It seems to me that a lot of people these days, not just Millennials, could use what we call in the South a "come to Jesus" moment when it comes to the power of Jazz.

If there is one important thing to remember about Millennials, this obstinate, opinionated, confounding generation, it is that we created them. They are the lineage of the tumultuous and at-times horrific Twentieth Century, from the original Lost Generation of the Twenties to my own Generation X. They are the product both of every wrong decision and technological breakthrough, every societal failing and every triumph, humankind managed during that time. They are made of equal parts optimism and cynicism, the best and worst of all who came before them. Just like Jazz.

How do we bring Millennials to Jazz? We do what we've always done and let the music do the work. As I've said many times before, Jazz found me in the unlikely hamlet of Clifton Forge, Virginia, back in the Eighties. It has found thousands, if not millions, of others under similarly improbable circumstances. It will find this next generation of fans just the same. Jazz doesn't care if they require participation trophies just for showing up, or if they will only drink fair-trade shade-grown organic coffee served by surly baristas who habitually misspell their names. Just like Jazz didn't care that I once chewed tobacco and had a mullet. True story. I feel shame.

So there you have it, a few ideas to further Our Music to the next group of standard bearers. They will be the ones to take Jazz into the future when even my generation has descended into our dotage. Let them do it on their own terms, just like each preceding generation did before them. Jazz will welcome them, the same way it did when we came to it in our own time. It truly is the best of us.