One of bop's most advanced and influential bassists, Wilbur Ware was a superb rhythmic anchor with an unerring sense of swing. Where many post-Jimmy Blanton bassists concentrated on legato melodic phrasing,

Ware wasn't afraid to shift the rhythmic emphasis by varying his note lengths and leaving empty space between his phrases; he also stuck mostly to the lowest register of his instrument, laying a thick foundation. Even if Ware wasn't quite the soloist Blanton was, he had an expert understanding of harmony that allowed him to support some of bop's most sophisticated players.

Ware was born in Chicago in 1923, and played banjo, drums, and violin before picking up the bass as a teenager. After serving in World War II, Ware hit the Chicago jazz scene in 1946, playing with Roy Eldridge, Sonny Stitt, and Stuff Smith early on, as well as striking up relationships with Johnny Griffin (with whom he recorded in 1954) and Junior Mance.

After working with a very early version of Sun Ra's Arkestra, Ware joined Art Blakey's band and moved to New York in 1956. In 1957, he joined up with Thelonious Monk and played in his legendary groups with John Coltrane; the same year, he also participated in Sonny Rollins' equally legendary "A Night at the Village Vanguard" concerts.

In late 1957, Ware also recorded his only album as a leader, Chicago Sound, which featured fellow Chicagoans like Griffin and Mance, not to mention several Ware solos. During the late '50s, Ware recorded as a sideman on hard bop dates for Riverside and Blue Note, but his worsening health (probably exacerbated by drug problems) kept him out of action from 1963-1968. He returned in 1969 and soon played on adventurous sessions with Elvin Jones and Archie Shepp. Ware eventually moved to Philadelphia, where he died in 1979. 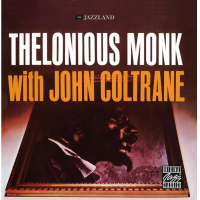 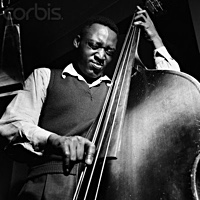 All About Jazz musician pages are maintained by musicians, publicists and trusted members like you. Interested? Tell us why you would like to improve the Wilbur Ware musician page.