This profile was inspired by an exceptional article here on All About Jazz by Derek Taylor called “St. Elmo’s Fire” where he focuses and expands on Elmo Hope’s music and recordings.

St. Elmo Sylvester Hope was born in New York on June 27, 1923, began piano studies by age seven and went on to win prizes for his piano recitals. He was a childhood friend of Bud Powell, and Thelonious Monk and they would play piano for each other. He continued to play and improve and upon his return from the army in 1943, he dedicated his life to jazz piano, paying his dues in small clubs in the Bronx, Greenwich Village, and Coney Island.

There were recording sessions while he was working with ex-Lionel Hampton trumpeter Joe Morris between 1948 and 1951, but that didn’t really garner much exposure. It was not until June of ’53 where dates with Lou Donaldson and Clifford Brown for Blue Note started to give Elmo Hope a name in jazz circles. He followed quickly with some sessions as leader, and another with Frank Foster, both for Prestige. There were further Prestige sides cut with top players as John Coltrane, Donald Byrd, with Paul Chambers bass and Philly Joe Jones on drums. These were originally called “Informal Jazz”, but as Coltrane became a bigger name the title was changed and Hope became regulated to the role of sideman. His piano style was overshadowed by the growing popularity of both Powell and Monk, and though he was in there since the beginning of the bebop movement, he was compared to and judged against the other two. His cabaret license was pulled for a previous drug conviction and this severely limited where he could work if at all. This would start a cycle of disillusionment and frustration that would hound him all his life.

California seemed like the place to try it next, and so in 1957 he went west with Chet Baker. Hope was suffering from respiratory aliments, and the dry climate suited him just fine. There was a brief spell working with Lionel Hampton, then joining Harold Land, with whom he recorded “The Fox” in ’59, followed by a session with his own trio. He married in California in 1960, and was at least happy and healthy. But there was not much work out on the coast for a bebop pianist, and he grew restless again. So it was back to New York, where in ’61 he recorded “Homecoming” (Riverside) with Blue Mitchell, Jimmy Heath, and Frank Foster, these sessions included Percy Heath on bass and Philly Joe Jones on drums, who were on his trio sides at this time. There was a solo piano effort where he was joined by his wife Bertha, also a pianist. There were a couple of more recordings in ’61 for the Celebrity and Beacon labels, which were remakes of some of his older material.

Elmo Hope would reemerge in 1963 to record “Sounds from Riker’s Island” (Audio-fidelity) and it was not until 1966 he would record two more as a trio for the same label. These last two were released years later, as many of his recordings were, in a posthumous revival of his music, heralded as a cult figure in the shadows of bebop. In 1967 he was hospitalized with pneumonia, and consequently suffered a heart attack. Elmo Hope died on May 19, 1967.

I intentionally did not dwell too much on the negative aspect of Elmo Hope’s life. Just shedding a brief light on a pianists short career, in the tough world of bebop jazz in the ‘40’s and ‘50’s where there were not many who survived the rigors of the lifestyle and the demands of the music. A lot of players, not just pianists, fell by the wayside, but the music lives on, and we are all better for it.

Elmo Sylvester Hope (June 27, 1923 - May 19, 1967) was an American jazz pianist, performing chiefly in the bop and hard bop genres. His highly individual piano-playing and, especially, his compositions have led a few enthusiasts and critics such as David Rosenthal to place him alongside his contemporaries Bud Powell and Thelonious Monk (one could also compare him to Herbie Nichols), but he remains less recognized than his colleagues.

Hope began his career with the Joe Morris band. From 1953 he recorded in New York as a leader and as a sideman with Sonny Rollins, Lou Donaldson, Clifford Brown, and Jackie McLean, but moved to Los Angeles in 1957 after losing his cabaret card in New York for drug use. He performed with Chet Baker before moving, and with Lionel Hampton after, and recorded with Harold Land and Curtis Counce in Los Angeles. He also recorded as a leader with Frank Foster, John Coltrane, Hank Mobley, Art Blakey, Paul Chambers, and Philly Joe Jones. Hope recorded on a number of occasions in the trio format and more rarely as a leader of a quintet for Blue Note, Prestige, Riverside and other labels.

Disillusioned with the West Coast scene, Hope returned to New York in 1961, where he went to prison briefly on drug charges then returned to playing, but recorded more rarely. He died of an overdose in 1967.

Later pianists who cite Hope as their main influence include bebop pianists Frank Hewitt (1935-2002), and Sacha Perry. Roswell Rudd composed a song for Elmo Hope named Hope No. 2. He called Elmo Hope (in a concert with Archie Shepp): “A great and fine composer and remains one of America's well kept secrets”. Modern jazz guitarist Kurt Rosenwinkel has repeatedly mentioned Hope as an influence during seminars and interviews.

His wife Bertha (Rosamond) Hope (born November 8, 1936) also a pianist, participated in a duo recording with her husband in 1961 and has released albums dedicated to her late spouse's compositions. Show less 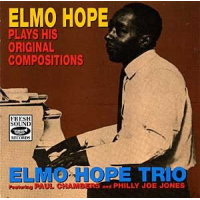 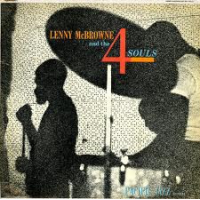 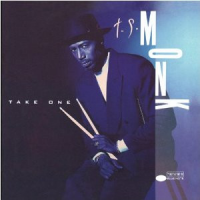 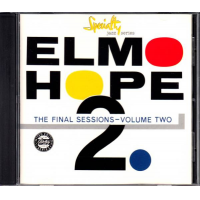 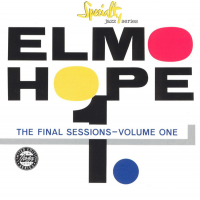 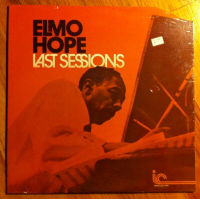 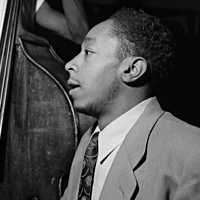 All About Jazz musician pages are maintained by musicians, publicists and trusted members like you. Interested? Tell us why you would like to improve the Elmo Hope musician page.