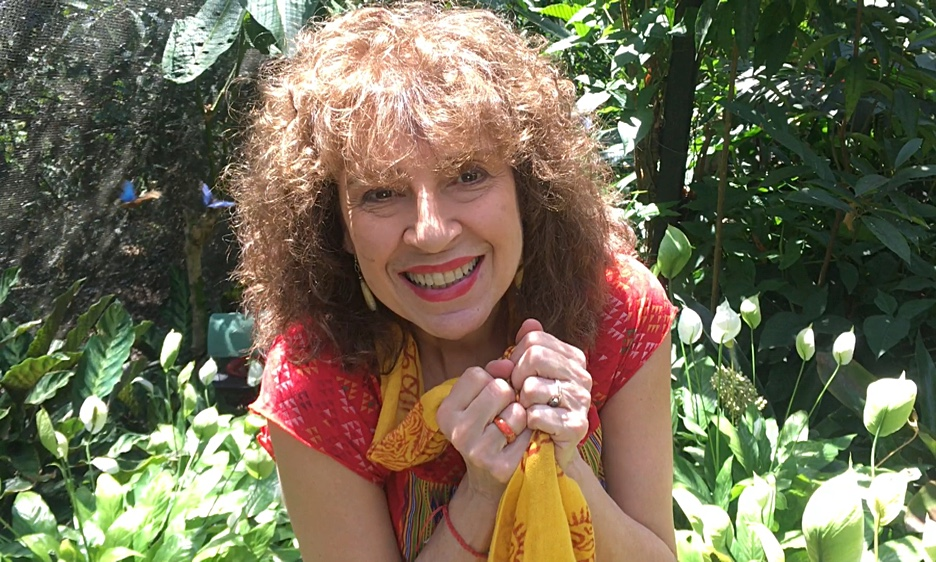 In February 2021, the Chicago Music Awards bestowed Joanie Pallatto with a Special Lifetime Achievement Award for Extraordinary Contributions to the Music Industry.

Described by Rick Kogan of the Chicago Tribune as having "a stirring and special voice," Joanie Pallatto is a graduate of The University of Cincinnati College-Conservatory of Music. Pallatto toured with The Glenn Miller Orchestra as a featured vocalist before moving to Chicago in 1979. Co-owner and partner with pianist/composer and husband, Bradley Parker-Sparrow at Sparrow Sound Design Recording Studio and Southport Records, Pallatto has expertise in all aspects of musical production. As a solo singer, group singer and voiceover talent, she has recorded on hundreds of radio and television commercials nationally. As a jazz vocalist, and singer-songwriter, Pallatto has performed at Chicago clubs City Winery, Andy's and The Green Mill and New York venues the Iridium Jazz Club, Pangea and Birdland. Concert engagements have included Chicago Jazz Festival, Chicago Cultural Center, The Old Town School of Folk Music, Park West, Stage 773 and Bailiwick Theater; she was also a featured soloist with Daniel Barenboim in 'Ellington Among Friends' at Symphony Center.

Nancy Carr was my voice teacher at the University of Cincinnati College-Conservatory of Music. Even though her teaching approach was in classical opera training, as I was in the Voice Performance program, Ms. Carr understood that I was not looking for a career as an opera singer. She allowed me to find my natural voice and worked with me on having a smooth transition from the bottom to the top of my range. I am eternally grateful for those lessons. Influences include jazz greats Miles Davis, Chick Corea and singers Bob Dorough, Betty Carter, Mark Murphy, Oscar Brown Jr., Joni Mitchell, Sammy Davis, Jr., Cyndi Lauper...

I realized I could sing by discovering I was an alto, not a soprano. Early school days I was always placed in the choir as a soprano and I could never hit the notes! I auditioned for the 'special ensemble' in 9th grade. There were no soprano positions available, so I asked if I could audition as an alto, That is when I found my voice and never looked back.

Be your authentic self.

I improvise when I teach, depending on what I can determine the student needs.

My dream band would include Chick Corea, Cyro Baptista and Eldee Young! Most of my recordings have included guitarist Fareed Haque, which is a dream-come-true! I have had such good fortune to record with so many great artists in Chicago, including legendary pianist/composer King Fleming, tenor sax great Von Freeman, trumpet/flugelhornist Bobby Lewis, pianist/harmonica player Howard Levy and my husband, pianist and composer Bradley Parker-Sparrow. Recording a few tunes with my hero, Bob Dorough was real, not a dream...

A great memory is from 2012 at the Iridium Jazz Club in New York. Our friend Ralph Lampkin produced "The After Party for Von Freeman" when Von was to receive the NEA Jazz Masters Award. Bob Dorough joined us. He had to go out that day and buy a pair of black socks. I feel like we made history that night, with Bob, black socks and all, singing "Bye Bye Blackbird" as a foursome with Bob, Sheila Jordan, myself, and our dear friend, the late Martha Lorin. There is a video on YouTube of our performance. We miss Bob so much.

I love playing at Pangea in New York, it's our "home away from home." The Green Mill in Chicago would be at the top of my list. The City Winery in Chicago was a total pro scene, welcoming us for our evening "A Toast to George Freeman" in 2018. But my very favorite venue was Katerina's in Chicago. Katerina was so generous to allow us to showcase our own music and artists from Southport Records on a monthly basis. I really miss that place!

I would have to say my current release, Joanie Pallatto: My Original Plan featuring Fareed Haque. I feel like I was working on a different level, and co-producing fourteen of my original songs with Fareed brought a fresh perspective to the music and mix. Fareed is so inspirational, and added so much—intros, interludes, vamps and more. No album would be complete without the band, and having John Devlin on bass with his solid groove, and Luiz Ewerling propelling the sound made the sessions flow. Was this my original plan? I don't know, but I'm sure glad it happened!

Personally, writing original music and having the opportunity to put it out to the world is such a gift to me. New songs! The record label, Southport Records, that I co-own with my husband, Sparrow, and having the privilege to produce legends like Von Freeman, George Freeman, Willie Pickens, King Fleming, Fred Anderson, Tatsu Aoki, Bobby Lewis and all of the great musicians on our label has made us really proud.

I do Yoga daily. It really helps to get the body moving.

I think these days jazz is all-encompassing of so many forms and genres of music. That keeps it fresh.

So many organizations and schools are developing programs for young people. Education is so important because young people need a place to grow and learn, and to play alongside seasoned artists.

Southport Records plans to record guitar legend George Freeman, as a follow up to his 2019 release George the Bomb! He's writing new songs, and can't wait. George's birthday is April 10th and he will be 94 years-young.

I don't have any fears, but if the sound isn't good and I can't hear myself, it's so difficult to control your sound and your tone. I wish I was better at overcoming that.

I've never thought about it.

I usually just warm up my voice in the shower, or sing a song I'm working on.

I'd own a restaurant and make "Aunt Theresa Pizza." It would sell out every day!