Dori Caymmi is an internationally celebrated composer and singer, having an expressive production recorded by many important artists worldwide, along with a prominent career as an arranger and producer, having also written music for soundtracks. The son of composer Dorival Caymmi and former singer Stella Maris (Adelaide Tostes Caymmi), Caymmi began very early to study music, taking up piano at eight with Lucia Branco, and later, with Nise Poggi Obino. Attending the Conservatório Lorenzo Fernandez for music theory classes, he also studied harmony with Paulo Silva and Moacir Santos. In 1959, he debuted on the stage, accompanying his sister Nana

Meet Joanie Pallatto In February 2021, the Chicago Music Awards bestowed Joanie Pallatto with a Special Lifetime Achievement Award for Extraordinary Contributions to the Music Industry. Described by Rick Kogan of the Chicago Tribune as having “a stirring and special voice," Joanie Pallatto is a graduate of The University of Cincinnati College-Conservatory of Music. ...

With so many singers these days competing to tempt the ears of an ever-shrinking jazz audience, success often rests not only on the talents of the vocalist but on the songs he or she chooses to interpret. On Going My Way, San Francisco-based vocalist Zeena Quinn puts her best foot forward on the opening numbers, “Lover" ...

Brazilian percussionist Duduka Da Fonseca has led a variety of groups in Gotham venues for the past several years, performing the wildly popular samba music he learned growing up in Rio de Janeiro. His December 8 performance at The Kitano Hotel lounge in New York City was a high point of the holiday season, celebrating the ... 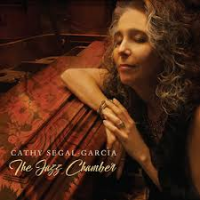 On this album, Cathy Segal-Garcia, a vocalist and educator on the Los Angeles jazz scene, comes up with something special, working with a chamber orchestra and a group of jazz musicians to produce a wide-ranging program that veers from lush romanticism to complex jazz-funk. On much of the disc, Segal-Garcia's thick, classically formal voice, ... 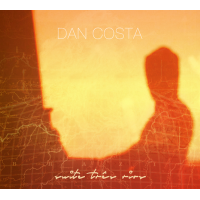 The rich musical history of Brazilian music parallels the development of jazz in the United States' in many ways. At the same time, the two informed and influenced each other as they matured. Brazilian legends like Antonio Carlos Jobim and Dori Caymmi are remembered for their influence on the development of Bossa Nova, and Jobim, like ... 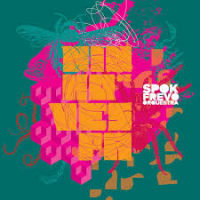 Internationally renowned performer, composer, arranger, band leader, teacher; John Daversa's talents include these among many others. His in demand skills as a world-class trumpet player have led him to perform on such prestigious stages as the Monterey Jazz, Montreal Jazz and Montreux Festivals, on such well known American programs as Late Nite with David Letterman and ... 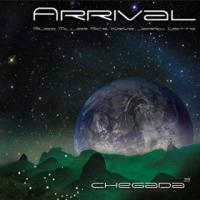 Led by internationally renowned drummer Russ Miller, The Arrival Trio is a modern jazz group from Los Angeles which currently focuses on music from the contemporary side of jazz. Miller's previous efforts included projects of jazz fusion and a concentration on various drum solo albums which, he has now decided to move away from in favor ...

Frevo--a feverish, exuberant dance music from the state of Pernambuco in northeastern Brazil--made its Big Apple debut last night (October 25th, 2014) at Jazz at Lincoln Center's Appel Theater. Virtually unknown in the U.S., it was originated by a composer known as Zuzinha as a street martial arts/ dance music and organized around carnival in cities ...